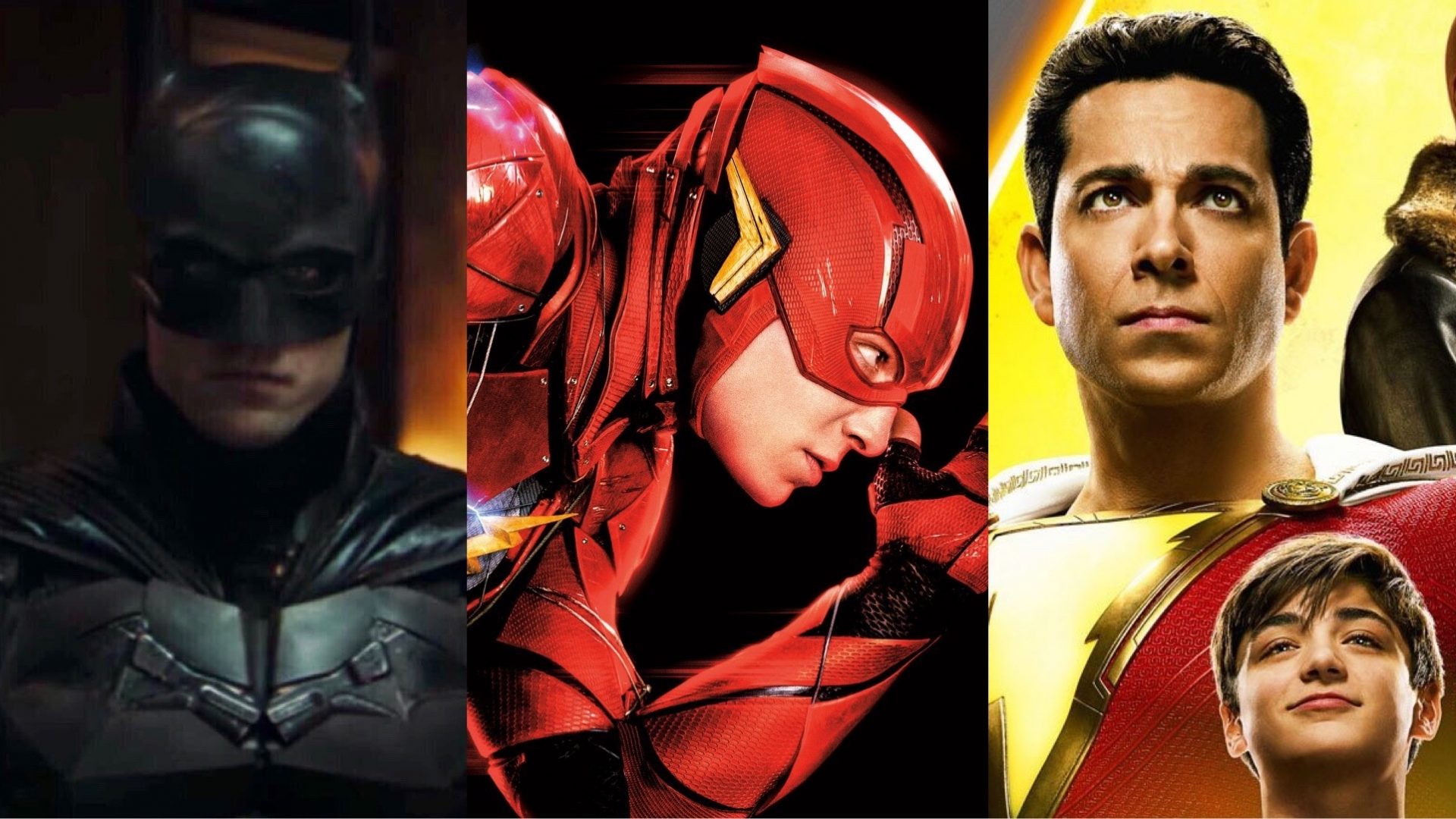 The Batman, The Flash, Black Adam, and Shazam 2 are the next DC films being shuffled around due to COVID-19.

After the announcement of Cineworld closing all of its theaters in both the U.S. and the U.K., Warner Bros. has decided to delay the releases of many of its upcoming blockbusters. From Dune to The Matrix 4, the COVID-19 pandemic has caused numerous halts in production, resulting in a shuffle of most of WB’s film slate. Unfortunately, this includes four of the DC films currently in production: The Batman, The Flash, Shazam! Fury of the Gods, and Black Adam. Below is a list of the new release dates for each respective DC film.

Following the recently announced delay of the sci-fi epic Dune, the release date for The Batman was speculated to be pushed back as well, considering the two films would be sharing the same debut. This eventually came to fruition, as the superhero flick was later announced to arrive in theaters on a later date. Losing its October spot, The Batman will instead release March 4th, 2022, almost half a year later. The film stars Robert Pattinson as the Dark Knight during his second year of crime fighting, along with Zoë Kravitz, Paul Dano, Jeffrey Wright, Colin Farrell, and Andy Serkis.

The Flash has hit speed bump after speed bump as the film’s release date has been pushed back yet again from June 2nd, 2022 to November 4th, 2022. Directed by IT and IT: Chapter Two‘s Andy Muschietti, The Flash stars Ezra Miller as Barry Allen AKA The Flash, who runs back in time in a bid to prevent his mother’s murder, ultimately causing unforeseen and disastrous consequences in the process. Both Ben Affleck and Michael Keaton are returning as their respective versions of Batman as well, aiding Flash in his quest to restore the multiverse.

With The Flash taking its original November spot, Shazam! Fury of the Gods will now release on June 2nd, 2023. The film stars Asher Angel and Zachary Levi as Billy Batson/Shazam, and will follow the next adventure of the Shazam Family as they deal with the aftermath of becoming superheroes.

The fourth and final DC film to get delayed is Dwayne Johnson‘s Black Adam, and as of yet has not been given a new release date. The film will follow Johnson’s Teth-Adam, a slave turned anti-hero, as he clashes with Hawkman, Atom Smasher, and other members of the Justice Society.

Stay tuned to The Cultured Nerd for any further news regarding changes in DC’s film slate.