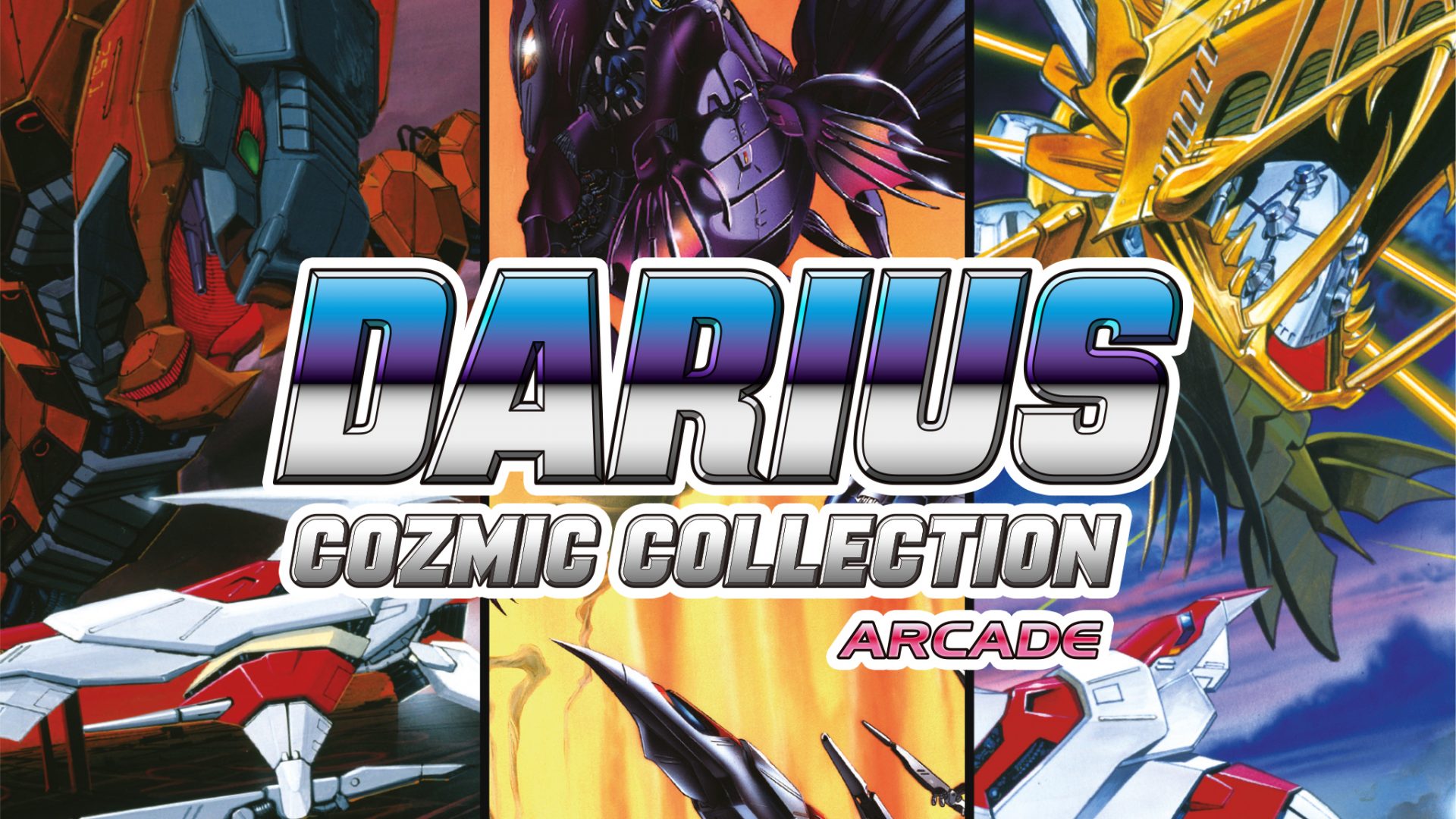 The “Darius Cozmic Arcade Collection” is out now on Nintendo Switch and PlayStation 4.

The Darius Cozmic Arcade Collection is out now on PS4 and Nintendo Switch. Playing this collection of Darius games was really fun. The shoot ’em up playstyle was great, challenging, and provided an overall enjoyable experience on the PS4.

Also, just like in the Darius Cozmic Console Collection, the Arcade Collection features multiple versions of the same game, but they each have their own differences that mix up the gameplay. For Darius, we are given an old version, a new version and an extra version. In the new version, the game was rebalanced so that the boss fights became easier when you powered up the Silver Hawk. The extra version features enhancements that make the game easier, but also has a rebalanced latter part of the game. It’s important to note that to get credits to play the games, all you have to do is press L1.

In this collection, we are given two versions of SAGAIA, which is a separate version of Darius II. Version 1 of SAGAIA features shortened stages with increased difficulty and bosses that have had either their health reduced or removed from the game completely. Version 2 of the game was difficult to find on the market and was just a shortened game that was truer to Darius II.

The visuals in this collection were good throughout each game, but I think Darius Gaiden had the best visuals in the collection. The bosses in that game looked incredible. Not only did they look good, they also provided a good challenge. With some of them having new animations, it only added to their arsenal and gave me a fresh new challenge compared to the other games. The zone designs are really cool, and some of them even created their obstacles to get through.

As opposed to the Darius Cozmic Console Collection, you get to see either the bosses health points or a health bar on your screen. It also showed their weak points, so you can do the most damage or even stop them from doing one of their attacks.

The controls in this collection were pretty much the same in each game. They were simple: X to drop bombs, Square to shoot missiles, and the left stick to move your spaceship around the screen. I didn’t really have any issue with the controls, but in Darius, moving around the screen seemed slower during boss battles. I’m not sure if it was meant to play like that or if it was because there was a lot going on on the screen. But other than the movement being a tad slow sometimes, there wasn’t anything else I didn’t like about the controls.

The music was fun to listen to and helped set each game in the collection apart. The music contributes a lot to the game’s pacing. My only complaint music-wise is that in Darius, it felt like the music didn’t change when boss battles happened. I might be wrong, but in my experience I couldn’t really tell a difference, and I feel that’s where the game’s intensity comes from. When you start playing Darius, you’ll notice how the soundtrack changes throughout the collection. It may not be big differences, but you’ll notice a few changes. Darius Gaiden had the best soundtrack in my opinion.

With dozens of bosses to fight in the game, there’s no way you’ll be able to be a them all in a single playthrough. After completing a zone, you’re given the choice of which zone you’d like to go to next. You can even look at the zone tree in the pause menu and decide which one you want to go to before you even finish the level. The games in this collection also offer the chance for two people to play at the same time.

Overall, the Darius Cozmic Arcade Collection was quite fun to play. With its fantastic level designs and challenging gameplay, I would definitely recommend playing this game. If you’re deciding on which collection to buy, you can read our review for the Darius Cozmic Console Collection by clicking here.

Below you can watch the official trailer for the Darius Cozmic Arcade Collection:

Have you played the Darius Cozmic Arcade Collection? If so, what are your thoughts on it? Let us know in the comments!

TCN was provided a review copy of Darius Cozmic Arcade Collection for PlayStation 4 for the intent of review purposes by the publisher/PR.