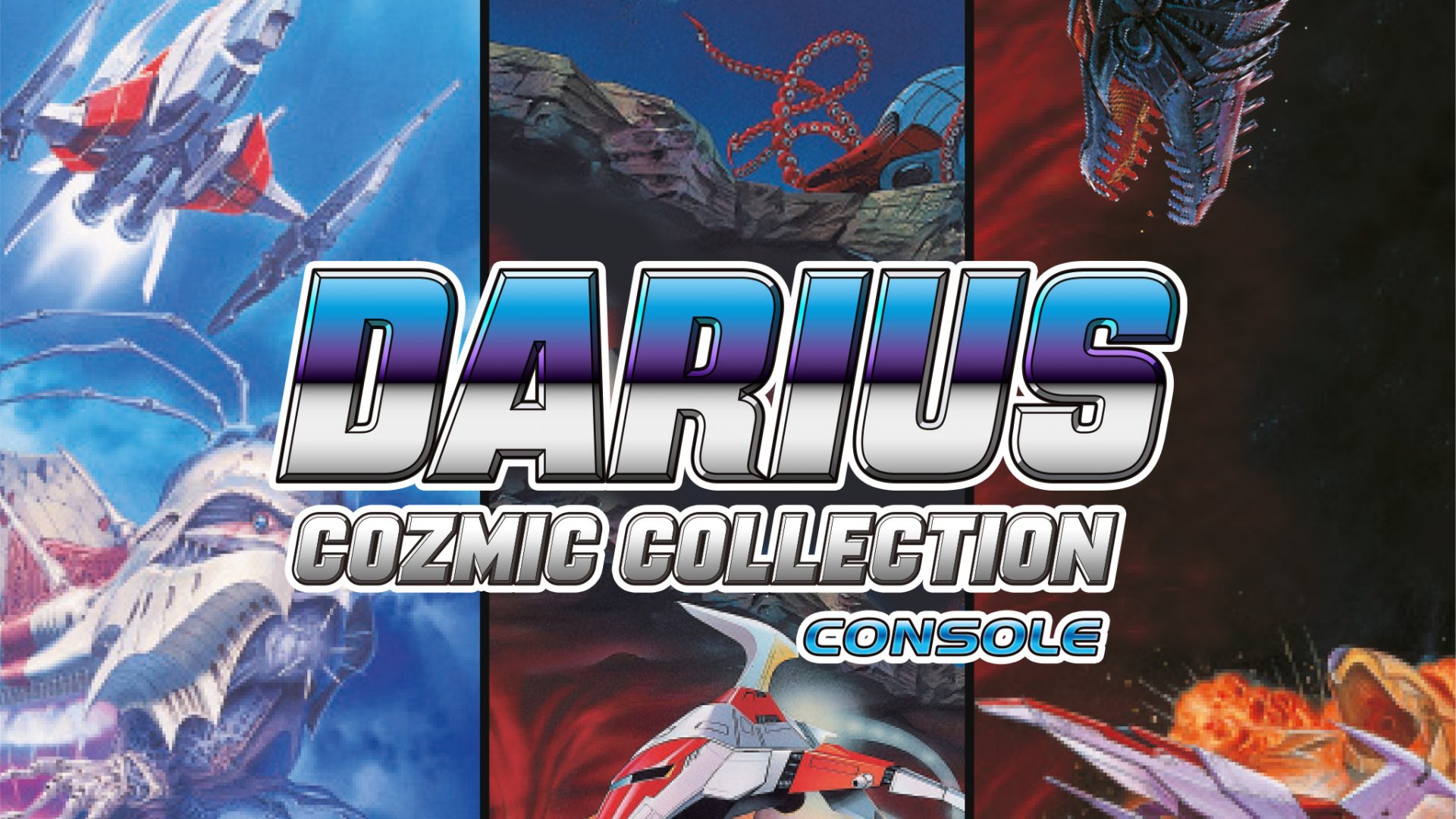 “Darius Cozmic Collection Console” is out now and is available on PS4 and Nintendo Switch.

The Darius Cozmic Collection on console was incredibly fun to play. This horizontal shoot ’em up had smooth gameplay with some pretty challenging boss battles. The games available in this collection are mainly from the 90’s, and in my experience with the game, a lot of it translated smoothly to the PS4.

Also, in this collection, there are multiple versions of the same game, but each brings something different to the table. SAGAIA (Genesis) and SAGAIA (Master System) are North American and European ports of Darius II, which was released originally in Japan. The same goes for DariusTwin (SFC) and Darius Twin (Super NES), as the SNES version is a localized copy of the original game. And lastly, Super Nova (SNES) is localized, international version of Darius Force (SFC).

The plot doesn’t play a huge part in the games because you’d only get a little bit of it in the beginning of the games. What little bit of the plot you do get actually has some decent storytelling but does nothing to actually make you connect with it or its characters.

Each game has good visuals, and what I liked most was that each zone had its own unique design that presented its own challenge, such as the closing gates in Darius Force. In my opinion, Darius Force sets itself apart from the other games because of the visuals. The explosions look nicer, you can see a splash when entering a part of the zone that has water, and the boss designs were nicer looking, as opposed to the other games.

Darius Twin also had some great level designs, but towards the end of the game, mostly in the last two zones, it became difficult to focus because the amount of action happening on the screen. I didn’t really have this problem with any of the other games, but thankfully it didn’t last too long as missions were fairly short. It wasn’t something that was going to turn me away from the game; it was just something I think could’ve been done differently.

Each game in the collection had essentially the same controls. The controls were simple, easy to learn and very responsive to the Dual Shock 4 controller. In Darius II, SAGAIA (Genesis), SAGAIA (Master System), Darius Twin (Super Famicom), Darius Twin (Super NES), Darius Force (Super Famicom), and Super Nova (Super NES0), you can pretty much hold down the X and Square button to shoot and drop bombs without any issues. But in Darius Alpha and Darius Plus, you’ll have to actually press the buttons to shoot and drop your bombs. It can be annoying at first, but once you get into a rhythm, it’s not as bad.

Once the game’s pacing starts to pick up, moving your spaceship around the screen gets more difficult, but that’s only because you have multiple enemies coming at you all at once. Since the controls to move are smooth and responsive, gamers should have little-to-no-problem maneuvering around the continuous onslaught of enemies.

Having multiple games in a collection also means multiple soundtracks to go with it, and this collection doesn’t disappoint. The fast gameplay helps set the pacing for the games, but the soundtracks help give the games that intensity they need. With the music picking up pace during certain parts of a zone or during boss battles, the music plays a big part in creating each game’s intensity. Overall, the soundtracks were good, nostalgic and quite fun to listen to.

Each game in the collection has loads of potential when it comes to replayability. Once you beat a zone, you’ll be presented with a tree that features different zones. You can only choose one zone on the section of the tree, and that’s what opens up the replayability for the game. If you want to complete each and every zone, you’ll have to go back and choose a different path on your next playthrough. In Darius Alpha, the game features multiple game modes, such as “Score Attack Mode,” where gamers will be pitted against all the bosses from Darius Plus. There’s also a four-minute time trial mode. Darius Twin even offers a two-player option, which is a lot of fun.

Overall, the Darius Cozmic Collection Console is a lot of fun to play. I didn’t really have anything to complain about while playing any of the games. Darius Force was by far my favorite, as I mentioned before: its level designs and visuals set it apart from the others. This classic horizontal shoot ’em up is a game I think everyone should play because of its nostalgic design and challenging gameplay.

Below you can watch the official trailer for the Darius Cozmic Collection Console:

Have you played Darius Cozmic Collection Console? If so, what are your thoughts on it? Let us know in the comments!

TCN was provided a review copy of Darius Cozmic Console Collection for PlayStation 4 for the intent of review purposes by the publisher/PR.