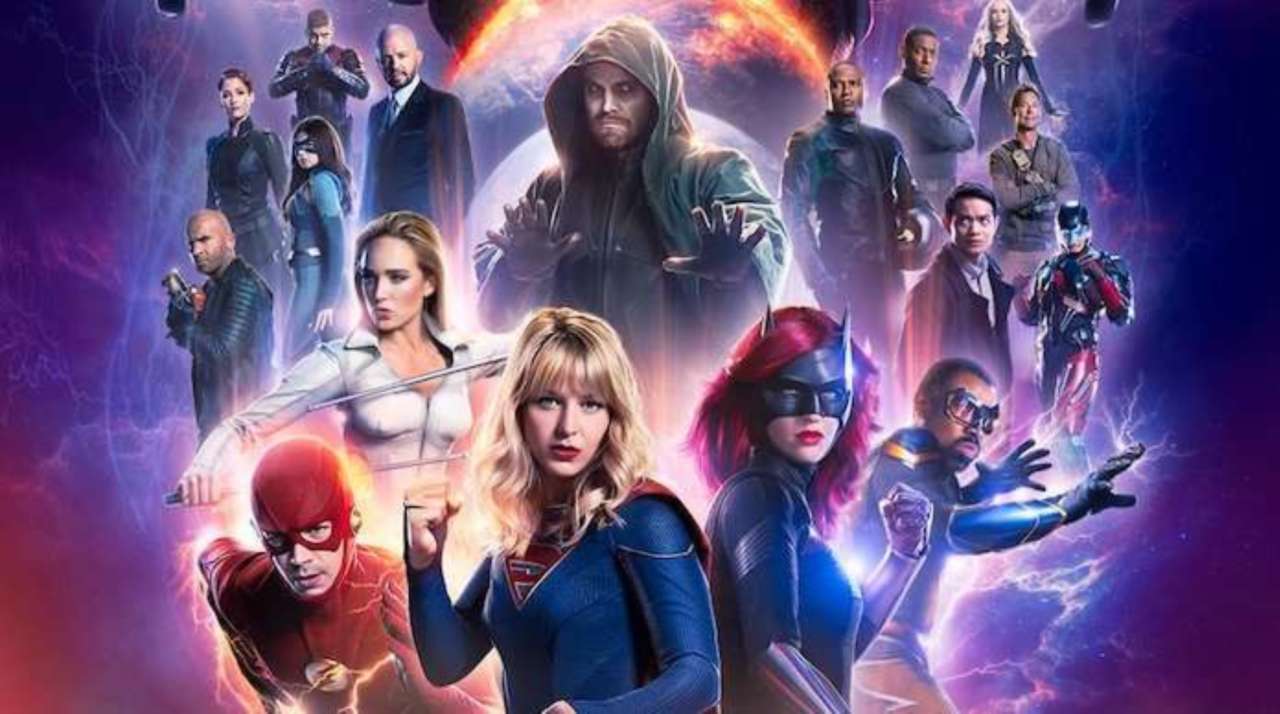 The Crisis has been averted, and now it’s time to look at the Arrowverse’s largest crossover yet.

The Crisis has been averted, and now it’s time to look at the Arrowverse’s largest crossover yet. There’s a lot to unpack over the span of the five-episode event, and a lot of implications for DCTV going forward. Just be warned that there will be spoilers in this review.

Getting started, there were a lot of plot decisions made for “Crisis” that follow the original story in the comics, which surprised me. The quantum tower, Pariah and Harbinger, shadow demons, and the creation of the multiverse were all adapted better than I was expecting, and in a way that was very respectful to the source material. Marv Wolfman, writer of the Crisis on Infinite Earths comic, even has a brief appearance in part 5. I think it’s great that the CW didn’t mess with the general story of the Crisis comic, other than of course swapping out the heroes from the comic with its own existing characters.

People are going to compare “Crisis” to Endgame, and I can safely say that just like Endgame, “Crisis on Infinite Earths” is the payoff of years of build-up. We have been following this universe since 2012, with the first season of Arrow. I really liked that the crossover made Oliver the key character, as this is Arrow’s final season. Oliver dies in part 1, then comes back as the Spectre and makes the ultimate sacrifice in part 4, rebirthing the earths the Anti-Monitor obliterated. Twice, Oliver gives his own life for others, and goes down as a hero. As the character who started the universe, I think there was no better send-off.

Crisis also does a good job of establishing the idea of “infinite earths.” The crossover event is almost like a love letter to the past of DC media, with all kinds of cameos scattered throughout. Some have small roles, such as Tom Welling as a retired Smallville Superman, or Huntress from the Birds of Prey show being killed in an anti-matter wave. Others are instantaneous, such as the appearances of characters from DC Universe shows Titans, Doom Patrol, Stargirl, and Swamp Thing. Burt Ward from Batman ’66 appears, and we get a look at both Gotham from the Burton films and Oa from Green Lantern.

Other characters played bigger roles in the event. We saw Brandon Routh don the cape once more as the Clark Kent of the Superman Returns universe, which was just genuinely so nostalgic and cheesy in a good way. Kevin Conroy, iconic voice actor of Batman in The Animated Series and the Arkham games, finally gets to portray Bruce Wayne in live action. I really appreciated Conroy’s darker portrayal of the dark knight, and as a long time fan of his career as Batman through voice acting, there was something fulfilling about seeing the character brought to live action with a fresh and unique characterization.

Of course the cameo everyone wants to talk about, though, is the completely out-of-nowhere appearance of Ezra Miller’s Flash. The inclusion of the DCEU’s very own Scarlet Speedster just goes to show how dedicated the crossover writers are to the overall DC fanbase. Having the Arrowverse and DCEU crossover has been a dream of fans for years, so it’s safe to say that Miller’s cameo broke the internet. Unfortunately, I had this spoiled for me before I saw the episode, but that didn’t stop me from freaking when I saw the two interact. The cameo still feels surreal, but it just goes to show how much love was put into “Crisis.”

Not only is “Crisis” the biggest Arrowverse crossover, but also the most impactful for the future of the Arrowverse as a whole. After Oliver’s sacrifice, we see all of the CW shows put on a single earth, Earth Prime. That means the Supergirl and Black Lightning casts have joined the main earth along along with Arrow, The Flash, Legends of Tomorrow, and Batwoman. I think this was an excellent move for setting up crossovers in the future, and I like how it’s somewhat similar to the continuity-altering consequences of the Crisis on Infinite Earths comic.

Combining earths will definitely have an effect on all of the shows going forward into the back half of the season, as we’ve learned a few things have changed, involving other characters. Most apparent is that Lex and Lena in the “rebooted” Earth Prime are supporters of Superman and Supergirl, with Lex adored by the public and awarded a Nobel prize. Diggle and Superman also now both have two children, while they each had one before. I’m sure more changes are bound to come up as this season progresses, and I’m really intrigued to see what’s next for the Arrowverse.

Finally, having all of the heroes on the same earth means introducing the CW’s Justice League, after years of teases. Barry unveils the team a table eerily similar to the one used by DC’s most iconic team, and declares the hall used in Invasion! their base of operations when the next big threat comes. Of course, the building is the Hall of Justice and the heroes assembled are meant to be the Justice League of the Arrowverse. It’s a very satisfying moment, as the Superfriends theme plays and the epic crossover comes to a close.

Overall, “Crisis on Infinite Earths” is every bit as epic as I had hoped. While the crossover isn’t perfect, it comes pretty close to it. “Crisis” is like a love letter to long time, hardcore DC fans, with ambitious ideas and exciting implications for the future of the Arrowverse. The people behind the crossover clearly cared about DC’s history, and it shows. When factoring in the powerful send-off for Oliver Queen, the appearance of DC characters all across live action, and the surprisingly faithful adaptation of events from the comics, I don’t think it’s up for debate.

“Crisis on Infinite Earths” is the Arrowverse’s best crossover ever.