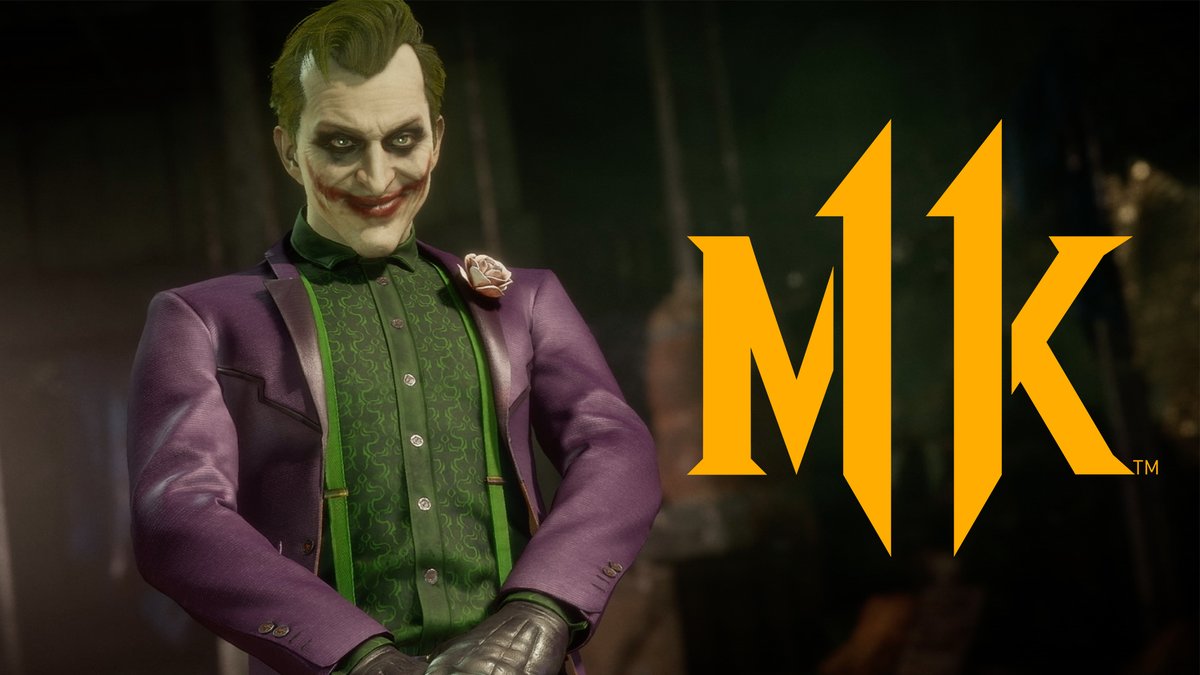 Earlier this morning, WB Games and Netherrealm Studios released a new Mortal Kombat 11 gameplay trailer for their upcoming downloadable character, The Joker, perhaps the most psychotic and infamous of villains ever to rise from Batman’s rouge gallery.

In our first glimpse of official character gameplay shown, The Joker, shown below, is modeled after a more realistic take of the “Arkham” game universe’s attire, complete w/ his iconic purple suit and green undershirt. During the course of the battle, Joker is always accompanied by his trusty pimp walking cane, which doubles as a weapon that he swings it wildly like a crowbar. Laughing and cackling throughout the fight, Joker proves his brawling skills are on par with any kombatant the MK franchise has ever had to offer.

Various special moves that The joker performs to devastate his rivals include throwing hand grenades, using a set of over-sized boxing gloves with brass knuckles attached to the ends, as well as a projectile shooting “Batman” doll, complete with voice mocking the Dark Knight as he “plays with his favorite toy”. Joker also utilizes an exploding, whined-up “jack in the box”, perfect for intense close quarters situations. One scenario displayed even shows Joker pushing a randomly kidnapped victim, laced with dynamite towards his opponent as he explodes. It’s pretty wild stuff!

Also featured in the trailer is Joker’s “Special Move/X-ray special” in which The clown prince of crime, known for his affinity for using stabbing weapons, pulls out two very sharp knives and continuously stabs his opponent over and over again, before cutting a smile on their faces and beating the fallen rival again and again with his walking cane as the screen covers in blood. Be the need of this moment, Netherrealm really hits for the feels and invokes major “Jason Todd” vibes. The pleasure Joker gets from pounding his cane into his lifeless victim during this can be found as somewhat disturbing.

Finally, as the trailer nears it’s end, we are offered our first look at the Joker’s fatality. As the screen calls out “Finish Him!,” Joker gifts his beaten opponent with a cake and a friendship banner! All celebrations are short-lived, however, when the candle on the cake explodes, launching your rival in the air air his friendship sign and both arms are clearly blown off from the exploding cake. Joker then pulls out a machine gun from his back and blasts the airborne opponent repeatedly, destroying the friendship sign and revealing a blood soaked FATALITY sign underneath. the body falls to the ground, with the fatality sign with it, crashing down on the fallen opponent’s head, crashing it to pieces.

Towards the end of the trailer also reveals an additional “DC Elseworlds skins pack“, featuring additional skins for Noob Saibot, Baraka and Kitana, as well as a “Darksied” skin for MK11 newcomer Geras. The Joker MK11 DLC playable character, the DC Elseworlds skin pack and the “time Lord of Apokolips” Geras skin will be available for Mortal Kombat 11 “Kombat Pass” holders on January 28th and for non-“Kombat Pass” holders one week later on February 4th, for PS4, Xbox One and Nintendo Switch.

View all posts by Jason Carmona
Skip back to main navigation