14 hours ago
Sony reveals new colors for the PS5 DualSense Controller
1 day ago
James Gunn Discusses “Peacemaker” Series, “The Suicide Squad”, And Many More During Instagram Q&A
1 day ago
Wayne T. Carr: From Teacher To Zack Snyder’s Green Lantern
2 days ago
Margot Robbie on Harley Quinn and Poison Ivy in the DCEU: “I’ll keep pestering them”
2 days ago
A New Trailer For “The Green Knight” Has Been Released And It Is Intense
2 days ago
Sam Benjamin Lends Voice to New Chromebook Ad 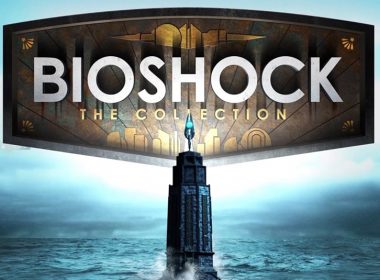 Free PlayStation Plus Games for February Have Been Revealed

In February, PS Plus subscribers will be getting Bioshock: The Collection and The Sims 4 for free, as well as a third game, PlayStation VR’s Firewall Zero Hour.

While naturally some of us here are still upset about BioShock Infinite getting its release date pushed back to March, we have something cool in the meantime to catch us up on the two previous installments. It has now been announced that the first two games are being re-released together as the “Ultimate Rapture […]

Bioshock Infinite- The reverse cover has been revealed

Back in November, the cover was released for Bioshock :Infinite, and was not well received. At all. I personally don’t really see what the uproar was about, being that the cover doesn’t matter much, but apparently it was such a big deal that Mr. Ken Levine, the developer, took the […]

Finally! well, sort-of. Coming soon anyway, Bioshock: Infinite figurines are finally being released January 2013. With 20 points of articulation, these figures will stand about 7 inches and with such beautiful detail will make the perfect post Christmas gift for any fanboy (or girl) you have on your list. Gift purchasing procrastination isn’t […]

A few days ago, Irrational Games released the first few minutes to the ridiculously anticipated game, Bioshock: Infinite. With Bioshock easily fitting into my top 5 games, just about any new game play or news about infinite throws me over the edge of excitement. While I was pretty intrigued about this one, I […]

As I awoke this morning from a much needed slumber, I went on with my morning routines as I usually do not suspecting even a little that my emotions were about to be yet another chew toy for the ravenous heart stomping gents at Irrational Games. Bioshock Infinite is no […]