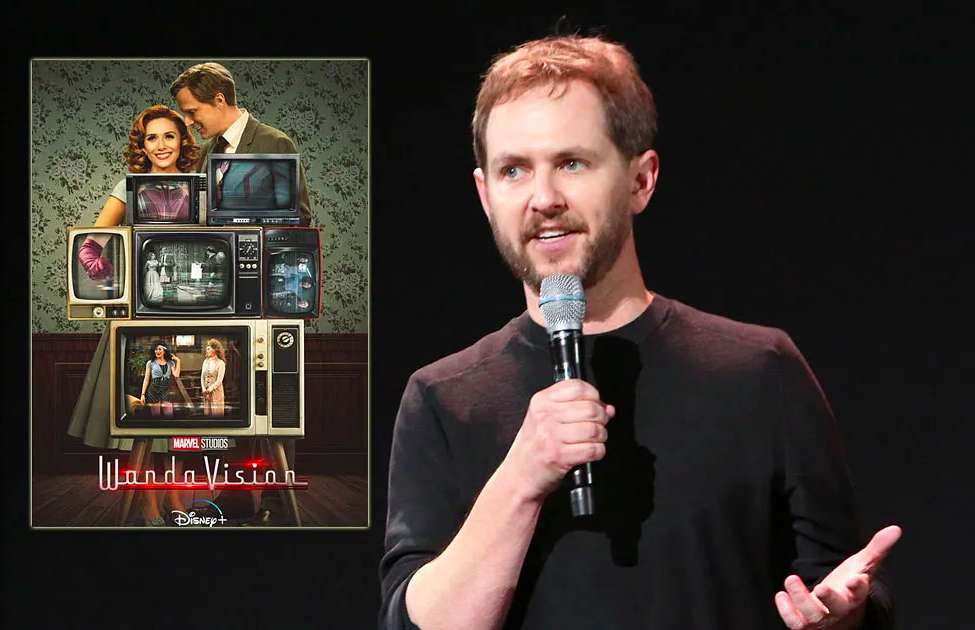 The director recently broke down some of the biggest changes to his MCU show, including cut storylines and the pandemic’s production problems. Kevin Smith recently got the scoops on his nerdy podcast, Fatman Beyond, which you can watch right now!

The director recently broke down some of the biggest changes to his MCU show, including cut storylines and the pandemic’s production problems. Kevin Smith recently got the scoops on his nerdy podcast, Fatman Beyond, which you can watch in its entirety below:

The interview dug into the heart of Shakman‘s sense of scope for the finale. First and foremost, fans found out that some actors were due for more time in the spotlight. Of all of the characters featured in the final episode, perhaps one of the biggest slights happened to none other than Teyonah Parris‘s super-powered take on “Monica Rambeau.”

Unfortunately, the future Captain Marvel 2 star’s role was cut short in a big way. While Rambeau did manage to save Wanda‘s twins, Billy and Tommy, from certain doom, as well as uncovering a series-long mystery, we now know that the S.W.O.R.D. agent once had some much larger shoes to fill. “We built and rebuilt so many different versions of how [Monica] would function in the finale,” Shakman said. “She had in some versions a much bigger role to play in the larger fight that was happening.”

Fighting was certainly going to happen, but Parris wouldn’t have been alone. One of the scrapped scenes involved her teaming up with the twins, Ralph, and Darcy, as the three entered Agatha‘s bewitched basement to steal the Darkhold. Shakman then went on to throw a wrench in the group’s plans by facing them off with none other than the deceptively cute Señor Scratchy:

“We did have something planned for Senor Scratchy which we ultimately couldn’t do just because the finale had so many different chess pieces. But we did have a whole sequence where Darcy, Monica, Ralph meet up with the kids, and they’re in Agatha’s house, and they think that maybe they should steal the Darkhold from the basement because the kids has seen it down there when they were being held hostage. And they go down to get the book, and as they reach out to get the book, the rabbit hops up in front of the book. And they’re like, “Oh it’s Senor Scratchy, he’s the best!” And they reach over the scratch him and he hisses and this whole American Werewolf in London transformation happens where rabbit turns into this big demon. And a Goonies set piece ensues where they try to escape from the rabbit. We shot it, but didn’t finish all the VFX for it. It was a great sequence, it was super fun and everyone was great in it, but we ended up moving it aside because it was a huge detour in the middle of everything going on.”

– Matt Shakman via: Fatman Beyond Podcast

But spectacular scenes were far from the only victims in the production process. “We wrapped in Atlanta and the pandemic hit, and we ended up having several months off, so further changes happened during that,” Shakman said. “We were doing post-production, and then ideas would come up and little changes would happen.” One such change involved the largely unpopular choice of only releasing the first two episodes together to avoid delaying the finale, whereas the original plan called for three.

WandaVision‘s finale in particular only wrapped post-production two weeks prior to its release on Disney+. The streaming giant was even due for a ten-episode series instead of the nine fans got, but the pandemic’s delays and studio heads’ rewrites changed all of the director’s plans. But just like Wanda’s own experiences in stages of grief, Shakman’s interview seemingly shows the director’s proud acceptance of the finale’s end-product.

What did you think of “WandaVision’s” finale? Let us know in the comments!