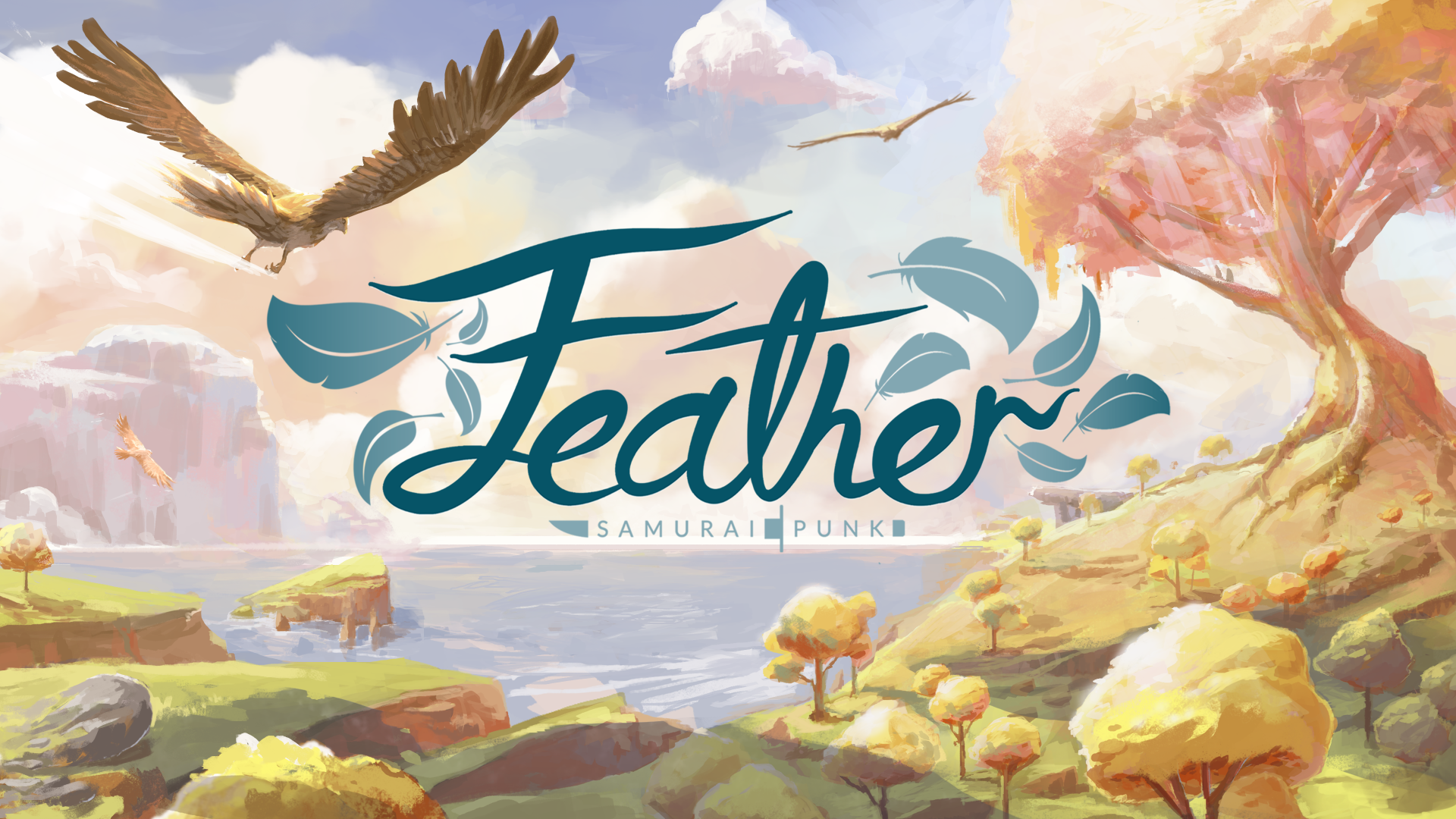 “Feather” was a very peaceful, almost therapeutic game and I had a lot of fun playing it. Feather was developed by Samurai Punk and was recently released on PlayStation 4 and Xbox One.

Feather was a very peaceful, almost therapeutic game and I had a lot of fun playing it. Feather was developed by Samurai Punk and was recently released on PlayStation 4 and Xbox One. The map design was very artistic and beautiful and was complimented by a wonderful soundtrack.

There isn’t a real plot or any story to this game and I wasn’t sure how that would work. Once you start Feather, you get a quick tutorial and then they send you out into the world. There is actually a lot for you to do in this game. In my experience with Feather, flying around the beautifully designed map was amazing and you can tell the developers put quite a bit of work into it. But flying around and going through the circles to change the soundtrack was nice; it gave you another reason to explore the map. There is actually a secret hidden map located in the depths of the first map, but the trick is finding it. It’s hidden very well and took my quite a bit of time to find it.

Another cool part about this game was that you aren’t limited to playing as one species of bird. There are numerous birds to choose from, but in order to change your bird, you have to fly around the map and find the triangle that changes the bird. Each bird has a cry or sound that is authentic to that bird and it was nice touch in the detail. The triangles that allow you to change birds are hidden around the map, and some of them are hard to find.

The game’s visuals were incredible and beautiful; easily one of my favorite parts of the game. The overall aesthetic was pleasing and had a very calming tone to it. I loved it when it get dark and the Sun would start setting; the colors and lighting was done very well. The graphics were nothing too complex or too detailed, they were just right to achieve the calming feel to the game. There wasn’t any issues with the frame rate; I didn’t experience any drops in the frame rate either. The overall gameplay was nice and had smooth transitions whenever you would either enter or leave the water areas.

The controls were very simple and easy to learn. L2/R2 would allow you to slow down/perch and speed up, the Square button allowed you to do the birds cry and was a way of communicating with other player, and the Triangle button would make you do a flip and change direction. Im glad there weren’t a lot of controls because the game is super simple as is and having too many controls could have a negative impact on the feel of the game. The point of the game was to fly around and enjoy a well composed soundtrack and just relax. The limited controls helped the game in many ways.

The soundtrack was blissful. There isn’t anything bad about the soundtrack in this game. Mitchell Pasmans did a very good job with composing the soundtrack and keeps it fresh throughout the game. You actually get to choose which songs you want to listen to; as I mentioned at the beginning of this review, all you have to do is fly through the circle around the map and the song will change.

The game’s sounds were really nice as well. Hearing the water hitting the rocks, diving into the water, and hearing the other birds around you was nice. Even if you weren’t close to the water, you could still hear it hitting the rocks. There are even tiny windmills and crystals around the map that play a music note when you fly past them.

I think there is plenty replay value in Feather. The game is very relaxing and is perfect if you’ve had a rough day. If you’ve had a bad or stressful day, just hop on Feather and just have a good time; no bosses, no difficult missions, no enemies, it’s just you and the sky. Just pick your bird and enjoy the game.

Overall, Feather is well designed game that is very relaxing and an overall joy to play. The soundtrack features multiple songs that keeps everything fresh and for a game with no plot, there is a lot to do. I would definitely recommend giving Feather a chance.

Feather is out now on PlayStation 4 and Xbox One