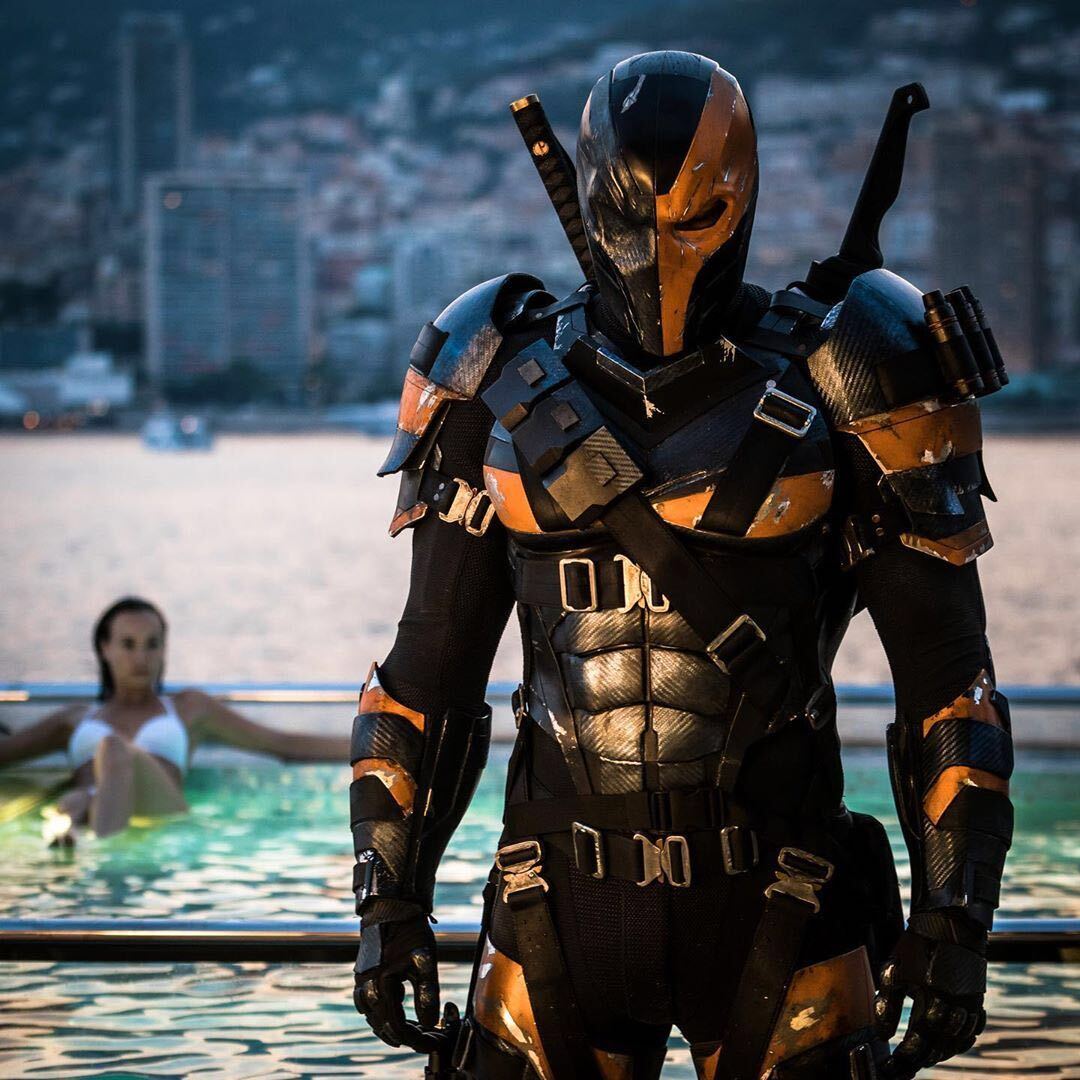 Actor Joe Manganiello has opened up about Slade Wilson‘s (or Deathstroke‘s) original post credit scene from 2017’s Justice League, and mentioned it will be included in 2021’s Zack Snyder’s Justice League. He didn’t confirm or deny that he will be filming additional scenes, but hints at the possibility that Ben Affleck’s The Batman could had been cancelled sooner than what it is believed.

“Shouldn’t we have a league of your own?” Well… not exactly. As it’s well known, the turbulent production of 2017’s Justice League and Zack Snyder’s exit from the project caused much of the original content to be changed. Helmed by Joss Whedon and Geoff Johns, many of Snyder’s original scenes were reshot, thus changing the complexity of the story arc.

Deathstroke, for example, was supposed to be introduced in a different way, setting up a future confrontation with Batman. Slade Wilson himself, Joe Manganiello, discussed his involvement in the project during an interview with Collider.

When asked if he was going to be filming any extra scenes alongside the cast participating in additional photography for the Snyder Cut this month, he stated:

“If I was a part of it, it wouldn’t be my place to announce that. That would be Zack [Snyder]’s place. Whether or not that’s happening. That is an answer that’s below my NDA level”.

He went on to confirm that the original scene Deathstroke was involved in will be included in Snyder’s version of Justice League, and revealed that it was changed because Ben Affleck’s The Batman was being scrapped:

“On my social media, I talked about [how] there was an original end credits sequence that was altered for the release of Justice League. Once Batman was cancelled, they altered that scene. So, here you go, but I wrote about that on my social media. There’s an original scene that will be restored to what it was originally.”

Fans should be excited to witness Snyder’s original plan for Wilson next year, but this leaves questions regarding the status of Ben Affleck’s The Batman during post-production of Justice League.

Was Affleck’s project already cancelled all the way back in 2017? Did the arrival of Joss Whedon and control of Geoff Johns influence this, coupled with the events of Affleck’s personal life? Did this influenced Deathstroke’s cancelled standalone film? This leaves more questions than answers.

If you are interested in these statements and what the additional photography mean for the project, you can check out the following video from Sean O’ Connell.

What does this mean for the future and HBO Max‘s Ben Affleck Project? In the meantime, Manganiello will reteam with Snyder for Netflix‘s anime series, Army of the Dead: Lost Vegas. You can witness the rise of Zack Snyder’s Justice League only on HBO Max in 2021.

Sound off in the comments below!  For more updates stay tuned to The Cultured Nerd.