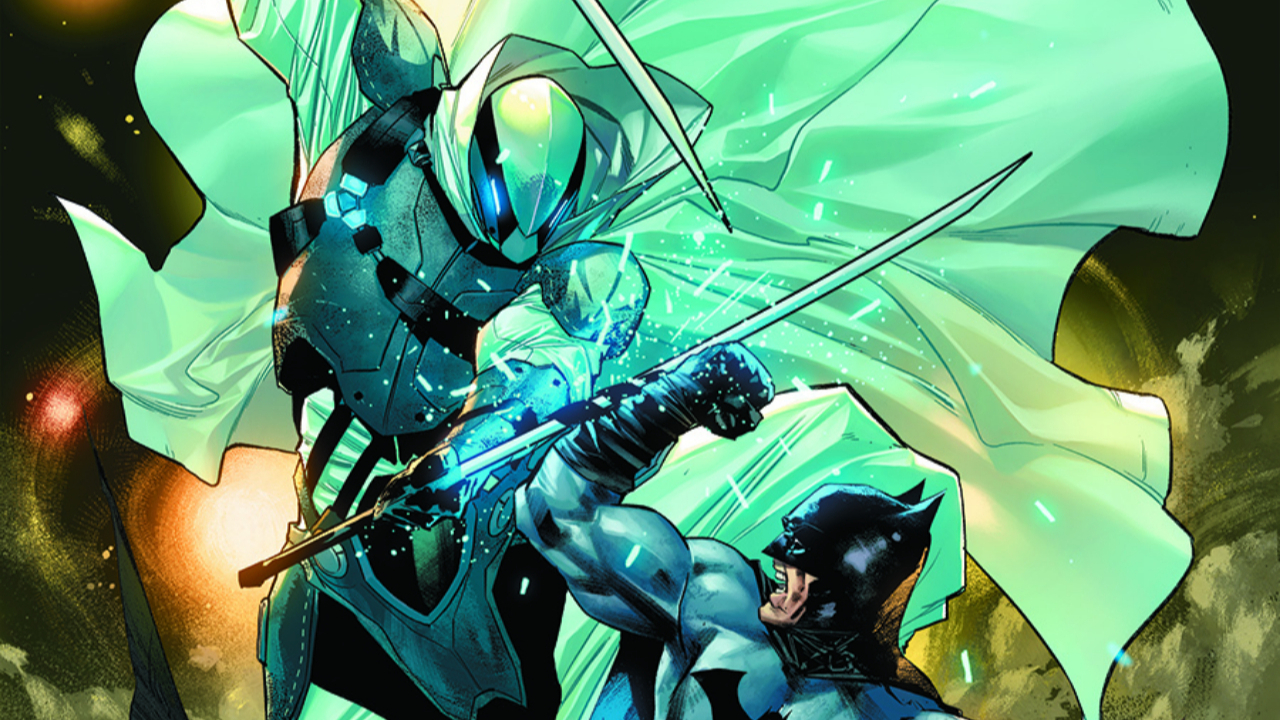 Ghost-Maker has officially made his debut in the Batman #100 and is on a mission to go up against Batman.

Back in August, DC teased that Batman will be getting a new villain to go up against. *Spoilers for Joker War ahead* The time has come because Ghost-Maker has officially made his debut in Batman #100. Ghost-Maker is set to go up against The Dark Knight in issues #102 and #103.

The new villains identity is a secret, but based on his appearance in Batman #100, he seems to know exactly who Bruce Wayne is. They seemed to have been trained by the same teachers at one point and Ghost-Maker isn’t a fan of how Batman has been protecting Gotham.

Now that James Tynion IV has wrapped up Joker War, it’s time for Tynion IV to put his own unique touch on the Batman’s legacy. Introducing Ghost-Maker at this point in the Batman comics will provide a new and fresh feel to the comics. With this being a brand new character, there is no telling what surprises lie ahead. Tynion IV had this to say while talking about the newest Batman Villain:

“This is a character who I’ve been excited about for a really long time. He’s definitely going to show up as an adversary to Bruce, but he is not necessarily a villain per se... That’s the sort of core conceit, is creating this rival from youth that we’re going to see come in in a big way in the present.”

Hopefully Ghost-Maker is here to stay and isn’t going to just make a few quick appearances and then leave. There is a lot of potential and mystery surrounding this new character and based on his run so far, Tynion IV is more than capable of handling this character. Plus. Ghost-Maker has a really cool design. With Batman finally defeating the Joker, at least for the moment, how will he handle this new threat to Gotham City? Find out when Batman takes on Ghost-Maker this November.

What are your thoughts on Ghost-Maker? Who do you think it is underneath the mask? Let us know in the comments!