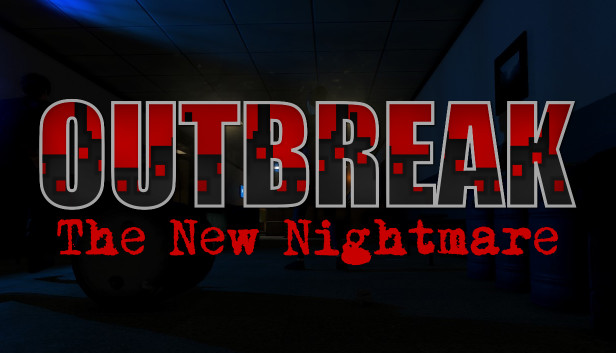 “Outbreak: The New Nightmare” is out now on PlayStation 4, Xbox One and Steam.

The game has a good plot to build off of and that’s what got my attention first. Essentially, your town falls victim to a viral epidemic. As emergency services get overwhelmed by everything going on, you’re the only hope to save everyone. As a few survivors come together at Kraus Shipping Industries, they finally realize the challenge that lie ahead.

The campaign is broken up into five different missions; Outbreak, Urban, Faith, Cure, and Shelter. Each mission has it own unique level design; a couple of them are good but none of them really stand out except for Faith. Faith’s map was more open than the rest and was really foggy, which helped make the game a little bit more scary. The missions can vary from getting parts for a car or getting the tools to repair an elevator. It’s not as easy as it sounds because you also have find codes to numerous briefcases that are spread out through the map. The zombies, and other enemies, aren’t really a challenge unless you increase the difficulty. Other than the boss enemies, you shouldn’t have any trouble. Your limited inventory can be annoying, but at the same time it helps make the game more challenging. I recommend saving your ammo as much as possible because ammo can be scarce when you get deeper into a mission.

The graphics weren’t the best, but that wasn’t anything that ruined the game. I did notice that the frame rate would drop a little once a lot of enemies were on the screen or if there was a bunch of stuff going on in general. Apart from the maps actual layout, the developers did a good job with achieving the apocalyptic aesthetic. As I mentioned above, Faith stood out the most because of how open it is and because of the graveyard look. I was not a fan of how the camera works. It’s like the camera was on a wall and would follow you as you walked by. With the way the camera worked, it was easy to get lost or confused on where you’re at.

The split-screen co-op was fun and it doesn’t impact the quality of the game. It definitely made the game easier, so I recommend increasing the difficulty if you plan on playing with a friend. You have the choice between vertical or horizontal split-screen, but with the way the camera works, I recommend using the horizontal camera. It’s easier to break up larger maps like Faith and Shelter while playing co-op, the two players can split the map and collect all the necessary items even faster. It’s also worth noting that in co-op, if you or your partner die, you can’t access the map.

The controls were easy and simple to learn, but with how everything translated to the screen, it was frustrating at times. The characters movements were sluggish and the constant camera cuts didn’t help. This was only an issue if the map was small and had tight spaces. You do get the option of two control schemes to choose from: Modern controls or Classic Tank controls. Moving around can be slow, so I recommend sprinting as much as you can.

The soundtrack is okay and it doesn’t really do anything for the game. In my opinion, having a good soundtrack is important for a horror game and this game doesn’t achieve that. The soundtrack isn’t bad by any means, it just doesn’t have that horror feel to it.

There is a lot of replay-ability in this game. You can play through the campaign with different characters; which will have an impact on how you play because each character has different traits. After you beat the campaign, you have two other game modes to play: Onslaught and Experiments. In Onslaught you will face an endless wave of enemies and your goal is to last as long as possible and you’re given five different levels to choose from. Experiments puts you in levels that offer different aspects of everything thats going on, and just like the other modes, you’re given five levels to choose from. I enjoyed Onslaught more than the campaign because of the extra challenges it brought.

Below you can watch the official trailer for Outbreak: The New Nightmare:

Have you played Outbreak: The New Nightmare? If so, let us know your thoughts in the comments!

TCN was provided a review copy of Outbreak: The New Nightmare on PlayStation 4 for the intent of review purposes by the publisher/PR.