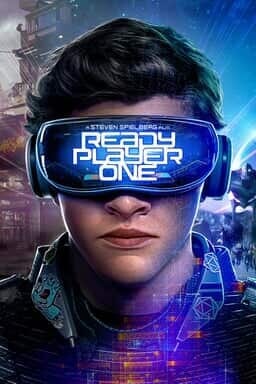 We review “Ready Player One”, a love letter to pop culture.

Ready Player One is a science fiction adventure film directed by Steven Spielberg based on the best selling novel from Ernest Cline, who co-wrote the script with Zak Penn. It takes place in the future of Columbus, Ohio in the year 2047. We follow Wade Watts, who prefers to spend his days in the OASIS, a virtual reality universe created by a recently deceased genius, James Halliday who is a socially awkward scientist working for a company called Gregarious Games.

Now, let’s backtrack a little bit. The description I gave above is just a peek into what the movie actually is! Imagine a world where technology is so advanced where people forget what is real and what is not. Think of the OASIS as a world created solely by your thoughts and actions. Think of it as Minecraft x100 in terms of the flexibility one gets when creating an alternate reality with them in it. Imagine a world that is fully customizable and the limits of reality are your own imagination.

Imagine a “Quidditch” match in outer space. Imagine a casino which is the size of a planet. Imagine skiing down the Pyramids. Imagine climbing Mt.Everest with The Batman. Imagine having portals that can transfer you to other creations alike. You can create anything and go anywhere. People come to the OASIS for all the things they can do but stay for all the things they can be (Tall, beautiful, different sex, a different species, a character from a cartoon/comic or someone from a live-action movie)! You name it, and you see it!

Halliday leaves behind 3 distinct challenges open to all the players in the OASIS. Cracking each challenge would give the player a magical key that would unlock the door and the clue to the next challenge. Find all 3 keys and you’ll reach the end where the ultimate prize awaits – Halliday’s Golden Egg. The winner gets complete control of the OASIS and all of Halliday’s holding shares in Gregarious Games which values up to half a Trillion Dollars.

What follows is a visually stunning chain of events that span across different eras of pop culture captivating the audience as we go along the narrative. Spielberg is already quite the master creating giant breathtaking crafts that give the audience some jaw-dropping action sequences in the movie, more so because the audience is made to feel like they are inside that Virtual reality that the players are in. Combine that with the cutting edge CGI and an unlimited imagination – You get a scale that is so huge and sprawling that it cannot be confined to the boundaries of realism.

This movie is definitely one of the nerdiest movies ever made if not THE absolute nerdiest movie to be ever made. It is littered with characters we’ve loved in other things and is filled to the brim with moments that recall nostalgia from ’80s movies and video games. For nerds like me, it was great to see characters from anime, cartoons and video games I’ve always loved on the big screen.

It was unfortunate though that the characters don’t have much-staying power as the awe-inspiring visuals and action sequences. The protagonist group who later come to be known as the “High Five” character development is dependent on sparse interactions that are weak at best and virtually non-existent at worst. Ready Player One also takes peek into reclusive youth culture. Today, the internet has given people the freedom to express their deepest emotions under the guise of a pseudonym or avatar account. Wade’s avatar is Parzival and he only feels most comfortable when inhabiting that digital body hiding his own inner trauma behind a virtual face. The same goes for every other character in the movie.

Meanwhile, Ben Mendelsohn (Nolan Sorrento) relishes his role as the arrogant and villainous leader of IOI, and he chews up every scene he is in. Sorrento is the only character who doesn’t bother thinking of an avatar name, using his real name instead. This further illustrates his disdain for the OASIS and pop culture in general. Alan Sylvestri, who is the main composer for the film, composes one of his most exhilarating scores in years and is a major plus for the film.

Ready Player One is enjoyably diverting and speaks to the nerd in all of us in some way, shape or fun. It could have been made better with a little more thought given to why Wade and his friends feel as disenchanted with the real world as they do. In the end, Spielberg delivers a movie in a way that only Spielberg can and it was an enjoyable ride at that.