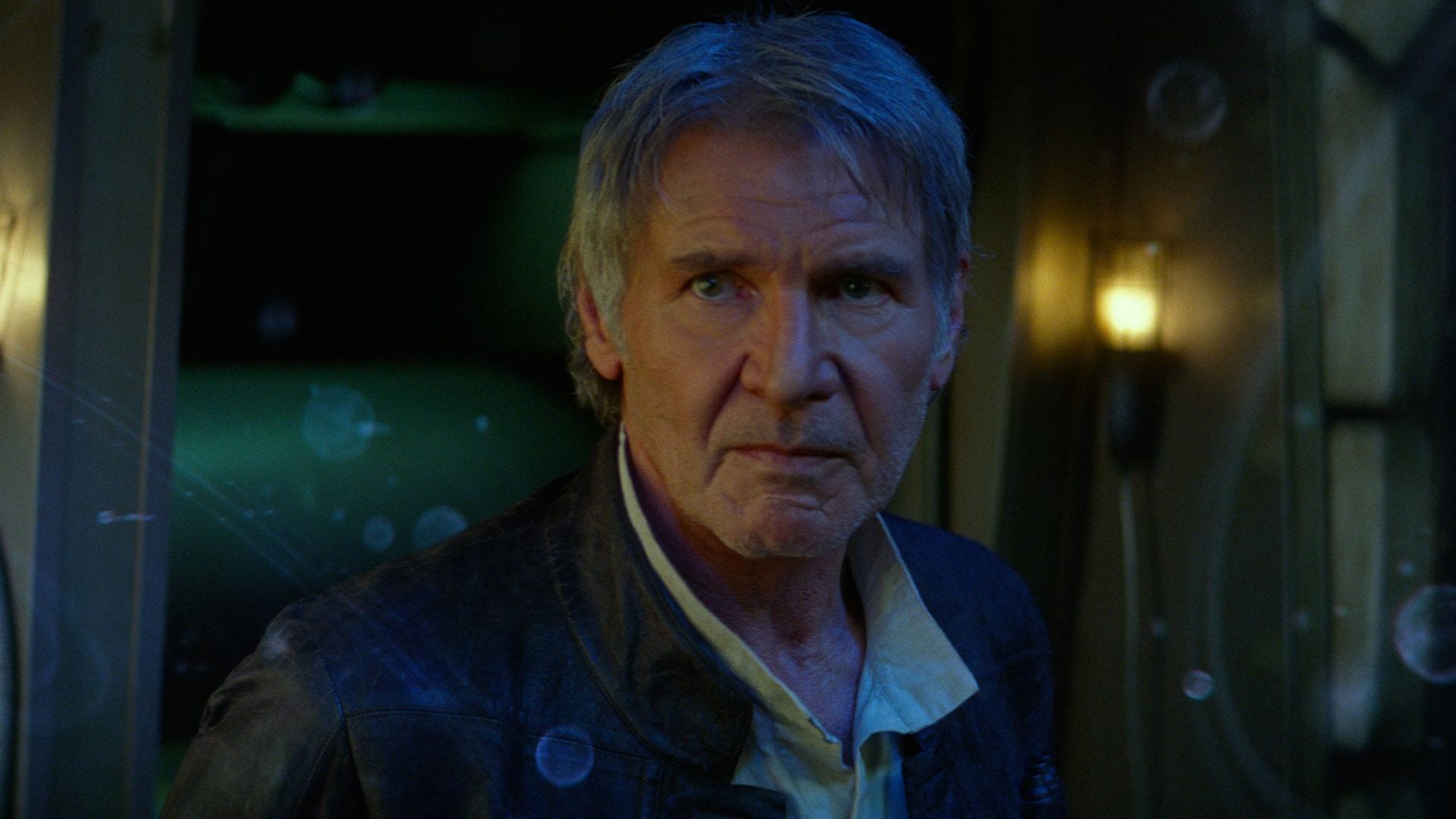 Harrison Ford recently appeared on “Jimmy Kimmel Live” and briefly discussed the unexpected appearance of his character Han Solo in “The Rise of Skywalker.”

Harrison Ford recently appeared on Jimmy Kimmel Live and briefly discussed the unexpected appearance of his character Han Solo in The Rise of Skywalker.

For years, it’s been common knowledge that Ford wanted to kill off Han. Back when Return of the Jedi was in development, he even suggested to George Lucas that Solo die at the end of the film to give the movie “a bottom.” Of course, Lucas refused. Ford got his wish decades later though, in The Force Awakens, when Han died at the hands of his own son. It seemed Ford was done with Star Wars, but fans were more than surprised to see him return in Episode IX, as a ghost of Han guiding Ben Solo back to the light.

On Jimmy Kimmel Live, Ford vaguely tells Kimmel what convinced him to appear in the film. “J.J. [Abrams] said, ‘This is a good idea. I, J.J., have decided that this is a good idea and I would like you to do it.” Ford doesn’t really elaborate beyond that, though the assumption is that director J.J. Abrams was able to convince Ford to come back for the good of the franchise, rather than the actor’s desire to distance himself from the galaxy far far away.

Ford is thoughtful of the purpose of his characters, as he also talked to Kimmel about how Han’s death in Episode VII. “I figured that his utility had been exhausted, bled out, and was… well, I was willing to die for the cause. Bring some gravitas.” This is similar to his opinion on the character’s arc as far back as Return of the Jedi. Perhaps J.J. was able to show Ford that Han still had one more purpose to fulfill, in returning Ben to the light.

The interview with Ford and Kimmel also goes into the actor’s upcoming film Call of the Wild, jobs in his youth, and more. You can watch the interview below.