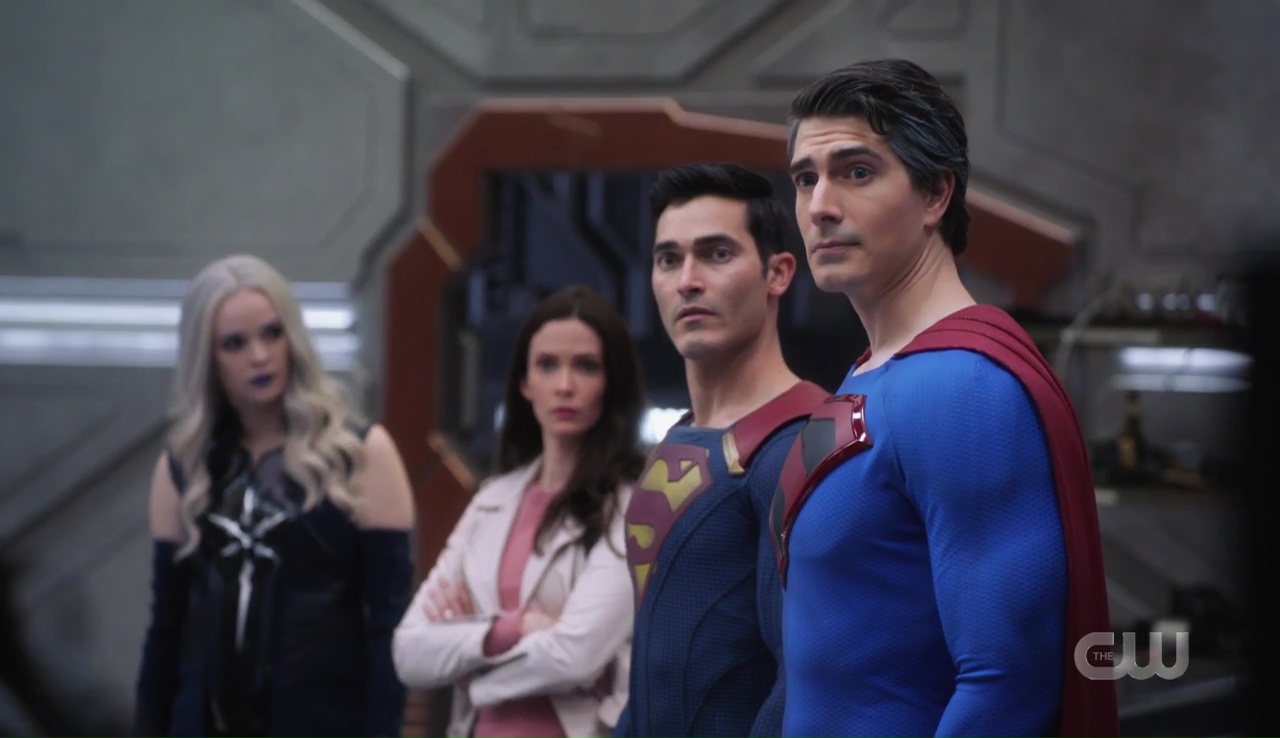 The second half of the CW’s largest crossover event yet, Crisis on Infinite Earths, is arriving January 14.

The second half of the CW’s largest crossover event yet, Crisis on Infinite Earths, is arriving January 14. While many fans were left shocked by Oliver Queen’s sudden death in the event’s first half, it appears the CW will be following the events of the Crisis on Infinite Earths comics. Thanks to a new poster for the event, it seems Queen’s new role as The Spectre will hold great importance in the fight against the Anti-Monitor with his central position in the artwork. See the full poster below:

Crisis on Infinite Earths combines all current DC Comics shows under the CW umbrella (unofficially known as the “Arrowverse”) including Arrow, The Flash, Supergirl, DC’s Legends of Tomorrow, Batwoman, and Black Lightening. Cameos from other DC Entertainment franchises include Titans, The Flash (1990), Birds of Prey, Superman Returns, Smallvile, Batman (1989), and Batman (1966).

The crossover will conclude on January 14, but the first three episodes are available to stream on CW Seed and the CW App.