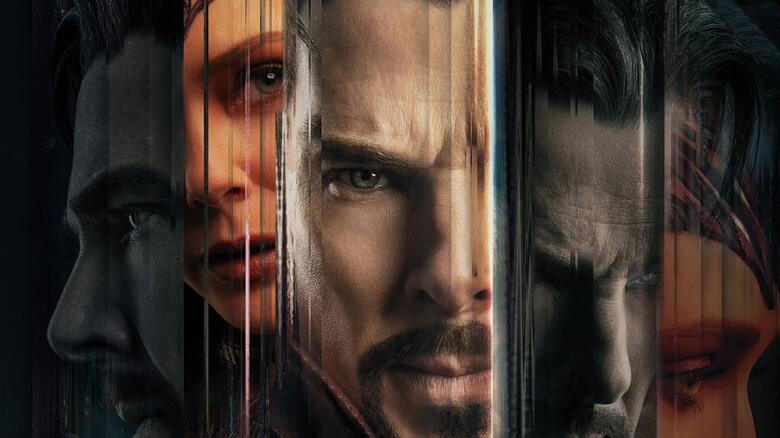 The new trailer for Doctor Strange in the Multiverse of Madness dropped during the Super Bowl this past Sunday and it’s safe to say that the Multiverse Saga is about to be kicked into full force for the Marvel Cinematic Universe.

While Super Bowl LVI has come and gone, the conversations stemming from some of the new content coming our way this year that was unveiled during the game are still ongoing. As expected, Marvel Studios had a sizable presence dropping a brand new look at some of their upcoming content for 2022, most notably Oscar Isaac‘s Disney+ Moon Knight series. Out of all the trailers and TV spots showcased, an argument can most certainly be made that the footage that garnered the most attention during the Super Bowl was Sam Raimi’s and Benedict Cumberbatch‘s second trailer for the next chapter in the Sorcerer Supreme’s MCU story, Dr. Strange In The Multiverse of Madness.

The night began with an action packed 30 second TV spot which shows off a bevy of multiverse mayhem coming to the MCU which you can check out down below.

While fans were still reeling from the footage drop, they had to quickly pivot their attention towards a second, full length trailer for Multiverse of Madness, which features even more mind bending teases and reveals that are sure to change the course of Phase 4 and beyond. You can check out the full length teaser down below.

This trailer most certainly pulls the curtains back on Multiverse of Madness a lot more than the first trailer that was released as Spider-Man: No Way Home‘s post credit scene did. As you may or may not know Multiverse of Madness will be continuing the MCU’s Phase 4 variant trend that began in the Loki series with introducing several different versions of Stephen Strange appearing in the movie. Both trailers for the sequel have shown one of those variants, Strange Supreme, who previously debuted as a major player in Disney+’s What If…? animated series. Up until this point, only officially licensed merchandise for the film had previously revealed another variant we will meet, Defender Strange, but the TV spot showcases a blink and you’ll miss it look at the variant and his comic book accurate interpretation in action. Although these two variants are confirmed for the movie so far, it’s possible that even more versions of the sorcerer will show up as we even see a zombified versions of not only Strange but Elizabeth Olsen‘s Wanda Maximoff/Scarlet Witch as well. The later appears to be a large focal of the film as the trailer shows Strange enlisting the help of Wanda to get a better understanding of the multiverse in its current state. As the trailer goes on, however, it appears that some of the speculation of Wanda turning villainous at some point throughout the film are certainly warranted as she will continue to look for her two children introduced in WandaVision throughout the multiverse using the Darkhold.

Perhaps the biggest mystery presented by both pieces of footages is the apparent appearance of Sir Patrick Stewart’s Charles Xavier/Professor X from the now defunct Fox X-Men franchise. The speculation stems from when an unknown character, whose voice bears a striking resemblance to Stewart’s Professor X, says, “We should tell him the truth,” when an arrested Strange is brought before an unseen council by what appears to be the Iron Legion (introduced in Age of Ultron). This brief line has only fueled the speculation for the MCU debut of the Illuminati, which is a secret organization comprised of several of the world’s most powerful heroes and minds such as: Professor X, Supreme Iron Man (rumored to be played by Tom Cruise), Fantastic Four leader Reed Richards (rumored to be played by John Krasinki), Inhumans king Black Bolt and Namor, the King of Atlantis who is heavily rumored to appear in Black Panther: Wakanda Forever. In the MCU version of the secret society, rumors have pointed to Captain Carter from What If..?, a Captain Marvel variant (rumored to be played by Monica Rambeau from WandaVision), and Strange’s friend turn foe Baron Mordo will comprise this iteration of the team.

The rest of trailer showcases some of the cast from the first Dr. Strange film including Benedict Wong’s Sorcerer Supreme, Rachel McAdam’s Christine Palmer, and Chitewel Ejiofor’s Baron Mordo in action. Additionally, Xochitl Gomez’s America Chavez, whose dimension hopping ability will play a major role in the film, was also briefly shown in action. Along with the pair of trailers, Marvel also release an official theatrical poster for the film, which contains a bunch of hidden Easter Eggs.