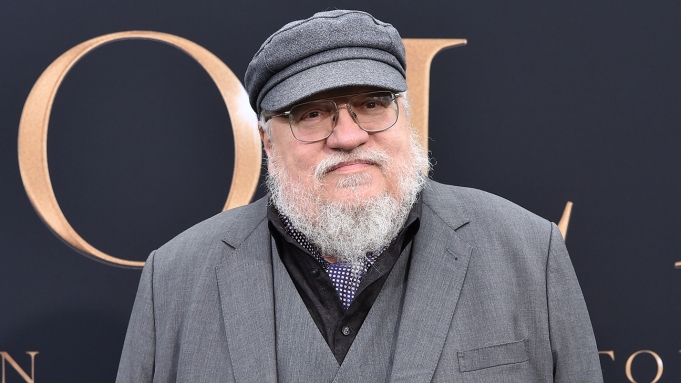 George R.R. Martin is known the world over for his acclaimed book series A Song of Ice and Fire, and its HBO adaptation Game of Thrones. Now thanks to comic book publisher Marvel Comics, people will get a little more George in their lives.

The Mighty House of Marvel, home to beloved superheroes including Spider-Man, Captain America, Black Widow, Wolverine and others, will be publishing a comics adaptation of the Martin’s hit novel series Wild Cards, which tells the story of an alternate Earth post-WWII in which superpowers are introduced via an alien virus. The series began in the late 1980’s as an anthology project between Martin, Melinda M. Snodgrass and other noted authors.

Wild Cards will be written by Paul Cornell (Doctor Who, Knight and Squire) with artwork from Mike Hawthorne (Deadpool, Conan: Road of Kings).

Cornell released the following statement about his pending involvement with the project:

Wild Cards is still a unique take on superheroes, a creation story that’s influenced everything since, but still maintains its power. It’s an honor and a pleasure to bring all these wonderful stories to their natural home at Marvel, and I hope to give George, Melinda and the rest of the Wild Cards Collective the credit they deserve for making the superhero myth new again.