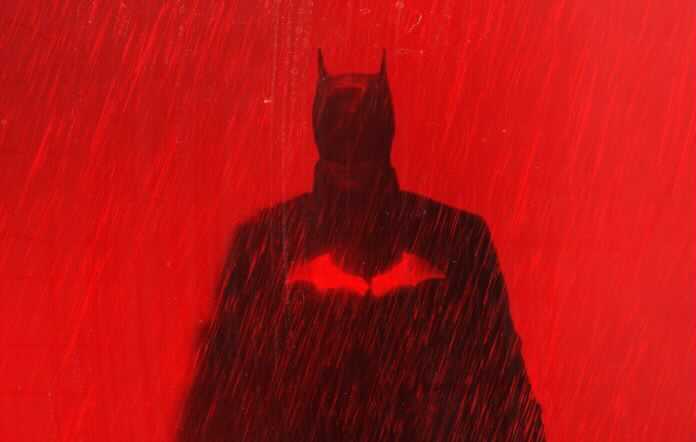 Our spoiler free review for “The Batman”.

The wait is finally over. After years of hype, and a few unfortunate delays, The Batman will finally be hitting theaters this weekend. Was the movie worth the wait? Does this movie distinguish itself among the current wave of other comic book films? Is this Batman new and interesting or just another needless reboot? I can proudly say that this movie is well worth the hype and an excellent addition to the Batman film lineage.

The plot here is magnetic because the movie expects you to already be familiar with these characters; the script can really just hit the ground running and not slow down at all. Matt Reeves and Peter Craig have crafted an amazing screenplay with tight pacing, incredible action set pieces and hard hitting emotional moments. For a 3 hour movie, it really doesn’t drag or overstay its welcome. The plot is always moving forward at a steady rate and it certainly does not feel like 3 hours.

The film also succeeds in crafting an engaging mystery for the Caped Crusader to solve. While not every reveal works for me, I do feel the mystery definitely keeps you on the edge of your seat and yearning for answers. Not since Daredevil season 3 did I legitimately not know where the story in a comic book film was going to go, and it goes to some pretty shocking and exciting places.

I also very much appreciate that every character here is handled with care. A lot of other Batman movies fall into the trap of having The Dark Knight overshadowed by his villains. While the Riddler is certainly not a terrible or even mediocre villain, Batman’s arc is at the forefront, as it should be, and I felt the most invested in this Batman’s story. Pattinson’s performance is nothing short of remarkable as he brings this great vulnerability to the role. It helps it feel like there is a real flesh and blood person underneath the Batsuit. There are some emotional beats that haven’t been done before on film (even if they have been in other media). We really do get to see inside of Bruce Wayne’s head and really connect with him.

The Batman also has quite a few memorable action sequences that can not go unnoticed. Matt Reeves, Robert Alonzo, Daniel Arrias, and the other talented stunt performers craft some grounded and thrilling action scenes. The fights are well choreographed and well performed, as to be expected. The fight’s are brutal, but nothing that would make you turn away from the screen; it’s more of a subtle violence that says more about the character and how ruthless he can be to his enemies. The final fight scene in particular has some incredible stunt work and really was the crown jewel of the action for me.

I would also be remiss if I didn’t talk about the gorgeous cinematography by Greg Fraiser. The film looks dark and dirty, but somehow it’s visually appealing. Usually Gotham often looks and feels more or less exactly like the city it’s filmed in, Chicago, Pittsburgh, etc. This version of Gotham City is alive. The rainslith streets feel almost oppressive, and the back alleys and cramped building entrances almost make you feel claustrophobic and fearful of the harsh shadows. In short, it just feels like Gotham City. This is the most alive Gotham has felt since the Burton films, and Greg Frasier did a beautiful job making this dark and dirty city somehow so good to look at.

If I had to note any flaws in the movie, I would say because the pacing is so tight, and the plot has to keep moving, a couple plot lines do feel slightly undercooked. For example, the Batman/Catwoman romance is sort of abrupt, and they don’t feel like they have any romantic chemistry. Not to say Kravitz and Pattinson don’t have chemistry together, they have it in spades, it’s just none of it is really romantic. That seems to be the fault of the script more than anything. Alfred as well doesn’t get much play here as they do little to establish he and Bruce’s relationship. They do have one incredible scene together, but after that there isn’t any follow up.

Matt Reeves’ The Batman is one of the better comic book films to come out in a long time. It has an incredible script that keeps you engaged for every second of the movie. We finally see Batman given a genuine and unpredictable mystery to solve. The characters are well developed and (mostly) well utilized. The action is ruthless and memorable, some of the best fight scenes the character has been a part of. The movie is so well shot with a beautifully realized Gotham City. However, some of the characters and plot lines don’t get as much development as they maybe should. Regardless this is a must see for any Batman fan and especially anyone who is looking for a unique and visionary experience in the current comic book movie climate.

Are you excited to finally see The Batman? What are you looking forward to seeing the most? Let us know in the comments!