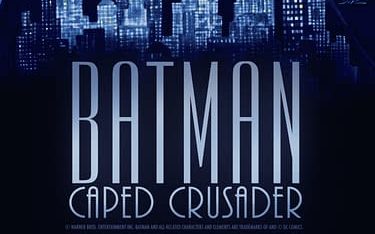 The creators behind the upcoming animated Batman series give us an overview of what to expect.

Batman: Caped Crusader is the new noir animated series whose creative vision was inspired by not only the likes of Bruce Timm, Lead Animator on the cult classic Batman: The Animated Series, but Matt Reaves, Director of the highly anticipated film The Batman, and director JJ Abrahams. The series is being developed as an HBO Max exclusive and will explore the early days of Bruce Wayne investigating and fighting crime across Gotham City.

Over several episodes, we will see Bruce gradually develop new technology to aid his pursuit of Justice and navigate the tensions of working as a vigilante alongside the local GCPD, having not yet earned their trust. Timm said the series would have no holds barred about exploring darker, more mature elements from which the first animated series was limited. We can expect to see reinterpretations of Batman rogues gallery and other prominent roles in Bruce’s life.

The art style for Gotham will lean into german expressionism, set in a timeless 1940’s world that takes a modern approach to societal roles. Co-Executive Producer James Tucker said that confidence in the series potential was solidified after seeing Bruce Timm’s Batman 75th Anniversary animation Strange Days. Although the series itself won’t be in black&white, it will embrace a similar film noir narrative. You can watch the 3 min short below.