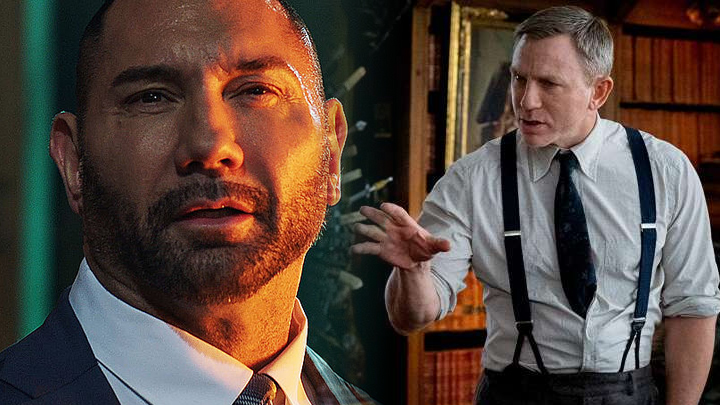 Dave Bautista recently spoke about the upcoming “Knives Out” sequel and claims it could be better than the original.

In an exclusive interview with People, Dave Bautista promised that the sequel would be better and a more thrilling story than the 2019 hit film.

I really think it’s going to be as good, if not better, than the first one. I’m always afraid to say that because I don’t want anybody to get offended saying that we’re going to be better, but I really do think this, I think the characters are just so much more colorful. I think people are really going to dig this.

The actor was all praise for his co-stars and claims the characters written for the sequel to be “more colorful”. The sequel stars an ensemble cast just like the original, including Daniel Craig (reprises his role as detective Benoit Blanc), Katheryn Hahn, Edward Norton, Ethan Hawke, and Kate Hudson.

The characters are just so great. They’re so different. Everybody’s cast so well. I was working with a couple of my castmates and was mesmerized by their performances and just how well they’ve adapted into these characters. I think the characters in this are even more quirky than the first one.

While we don’t have an official synopsis for the sequel, returning director Rian Johnson has confirmed that apart from Craig’s detective Blanc, this film will not have any connection to its predecessor and will focus on Blanc’s next mystery. The film will be exclusively released on Netflix sometime in the summer of 2022.