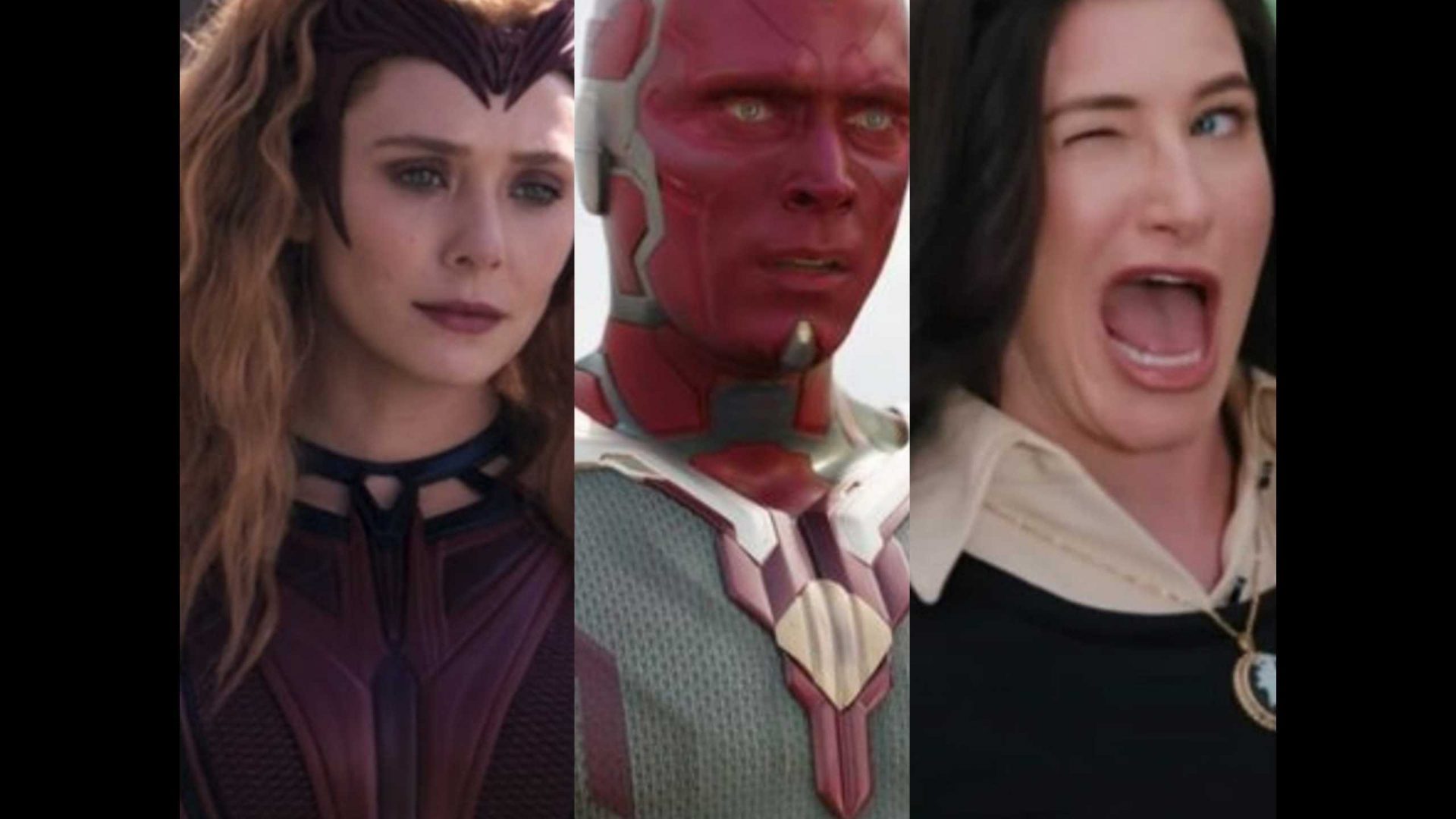 28 Total Nominations Between Wandavision and Falcon and the Winter Soldier.

Marvel Studios and Disney+ may have just obliterated past perceived prejudice when it comes to the superhero genre and award love. They scored 28 high-fives overall at today’s Primetime Emmy Award nominations announcement. Wandavision’s 23 nods trailed only The Mandalorian and Netflix’s The Crown‘s 24, while Falcon and the Winter Soldier racked up five.

Wandavision received an overall nomination for Outstanding Limited Series. While additional below the line artisanal praise may have been expected, the series broke new ground with acting nominations. Stars Elizabeth Olsen (Scarlet Witch) and Paul Bettany (Vision) landed Best Actor and Actress Limited Series noms while Kathryn Hahn (Agatha Harkness) received one for Best Supporting Actress Limited Series. These are first career nominations for both Olsen and Bettany. It’s the second for Hahn, who was previously nominated for Amazon’s Transparent. Previous Marvel properties Jessica Jones, The Punisher and Agents of S.H.I.E.L.D. have only been nominated in tech or other below-the-line categories.

Don Cheadle was recognized in the Guest Actor in a Drama Series category for his 98-second appearance in FTWS. He reacted with surprise via Twitter:

What’s your reaction to the Marvel lovefest at the Emmy nominations? Let us know in the comments below