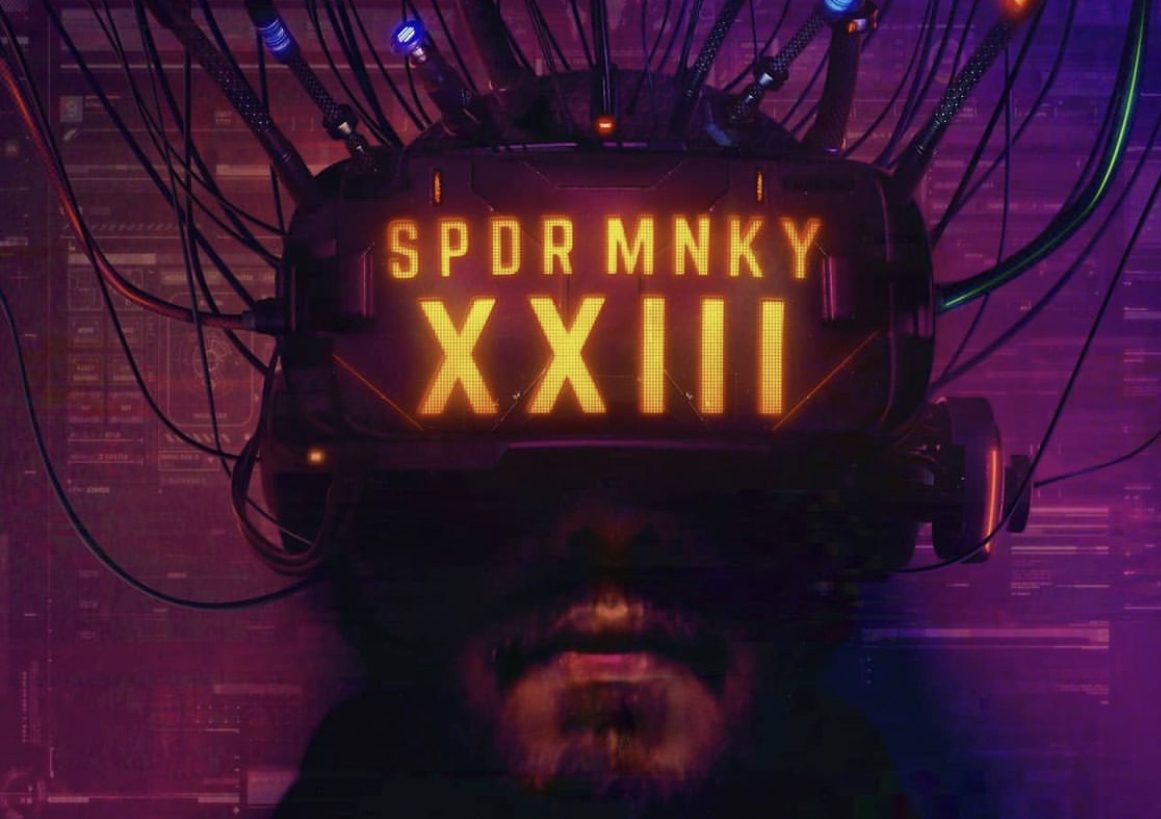 In this interview, TCN and Spdrmnkyxiii will discuss various topics such as video games, mental health, Spider-Man and many other things.

Aitesam Farooq, a.k.a. Spdrmnkyxxiii, has returned to The Cultured Nerd! In this interview, TCN and Spdrmnkyxiii will discuss various topics such as video games, mental health, Spider-Man and many other things.

Q: How have you been doing since our last interview?

A:  I’ve been great. Alhumdulillah. As good as one can be in this post Covid world lol.

Q: You recently shared an amazing Shazam! piece, and along with it you shared your Shazam! piece from 3 years earlier. The progress you made in 3 years is incredible and inspiring. How does it feel to have made this big leap in your skills as an artist?

A:  I had actually forgotten that I made that piece back in 2018. A friend of mine reminded me of it when I showed him a work in progress of the 2021 version. It felt great looking back and comparing old and new artwork regarding the same character. Felt very accomplished and proud of how much I have progressed.

Q:  Speaking of Shazam!, how cool are those new suits for the sequel?

Q: You recently shared an amazing piece of Sasha Calle as Supergirl. Are you excited to see Supergirl make her DCEU debut?

A: Super excited for Supergirl to make her DCEU debut. Love Supergirl as a character and am a huge fan of Melissa Benoist who plays the Kara Zor-El version. So Sasha being rumored to be playing the Lara Lane-Kent version has me even more excited since I’m not a whole lot familiar with her Supergirl.

Q: Back in March, you released your first NFT. How did that feel? Also, what are your thoughts on how popular NFT’s are becoming?

A: Honestly, my first NFT release wasn’t a great experience. Since I live in the Middle East getting your hands on Cryptocurrency is tough. I wasn’t very well educated on the concepts of Crypto so I thought this would be a good learning experience. Minting and Listing an NFT was a hassle and It didn’t really pick up for me. With how popular NFTs are getting, the market is extremely saturated at the moment. The NFT ecosystem at the moment is a bubble of people who have a lot of following/Clout backing them or the people who were first to the scene. I think the concept of NFTs is great because it gives power to the Artists. But I also think it has ways to go and more research needs to be done to make it a full proof thing.

Q:  “Ruins of a King.” This is another personal piece of yours. What was the inspiration behind it?

A:  Honestly “Ruins of a King” had no inspiration behind it. It was more freestyle. I downloaded a bunch of assets and challenged myself to make something without any pre planning. It worked out pretty well from what I can tell. Apparently it resembled a lot with the final death scene in Netflix’s Castlevania Anime. That’s what my followers have told me. I wouldn’t know since I haven’t watched that Anime yet.

Q: Since the Covid-19 Pandemic, Mental Health Awareness has been talked about a lot. Do you have any advice to give to those out who might be dealing with any sort of mental illness?

A: Since the Pandemic hit, I’ve realized how poor my Mental Health has been. Being stuck at home made me realize how our Education systems never taught us how to deal with Depression, Anxiety, Fear of our future etc. It’s  something I had to teach myself during lockdown. I’m not the best person to give any sort of advice regarding Mental Illness. I can just tell what worked for me. At Least 2 times a day during my daily routine, I took some time to focus on myself. whether it was through exercise, meditation, making art etc. Anything that was therapeutic for me I did and helped a lot.

Q: Has the Covid-19 Pandemic had any sort of impact on you as an artist?

A: 9. Covid has had an impact on me as an Artist just as it has had an effect on other fields. Obviously people were out stocking up on toilet paper and no one really needed a Logo. It hasn’t been easy but I took that time and tried to do more productive things with my art. Learn new techniques. Challenge myself in being fast and creative. building up resistance to avoid Burnout. Covid has had both good and bad effects on me as an Artist and as a person in general.

A: I enjoyed Zack Snyder’s Justice League A LOT! But I knew most of the things to expect from the movie since I had been keeping up with the whole Justice League 2017 debacle. There are a few things that truly caught me off guard and have stuck with me. The first one being the stellar score by Tom Holkenborg (Junkie XL). The score from 2017 was a major let down for me since it didn’t really gel well with the 2017 version of the movie. But Junkies score for ZSJL is playing daily on my Spotify. The second being the “At The Speed of Force” scene. It’s a crime that a scene as epic in scale as that was even cut from the movie. Easily the best scene from the entire 4 hour epic. Especially paired with that Incredible score. Brilliant!

Q: Fan’s have been coming up with some pretty crazy theories about the upcoming Spider-Man film. Do you have a theory of your own or a favorite you might have read?

A:  I’ve read a lot of theories and come up with a few of my own. I don’t remember them since they were just thoughts in a passing moment. All I have to say is that I really want Tobey and Andrew to return in Spider-Man No Way Home. My boy Andrew got done dirty. To me he has been my Spider-Man. I adore Tobey Maguire. He’s been my childhood Spider-Man. But i definitely resonated more with Andrew in my teenage years. Just want to see all 3 Spider-men on the big screen. I could die happy after that haha.

Q:  We spoke briefly about how certain video game developers continue to use a formula for their games even though fans are unhappy with the product. In your opinion, what would you consider the ideal video game?

A:  In my opinion my true ideal Video Game should be a narratively rich Linear or Nonlinear games. I’m a huge fan of story based games. if a game has a gripping tale from start to finish, I’m a fan lol.

Q: Do you have a Top 5 list of your favorite video games?

Q:  Are there any artists out there that you would like to work with in the near future?

Q:  Earlier in the interview, we talked about your progress in between the Shazam! pieces, What are some of your goals as an artist for the years to come?

A: I have a few goals to achieve in the coming years as an artist. My main one is working in the Industry for Marvel or DC but I have a long way to go till I get there. Some smaller goals are branching out with my creativity into other fields. Would love to design Urban style clothing with a Spdrmnky twist, Would love to do character concept art for video games and establish myself even more as an Artist!