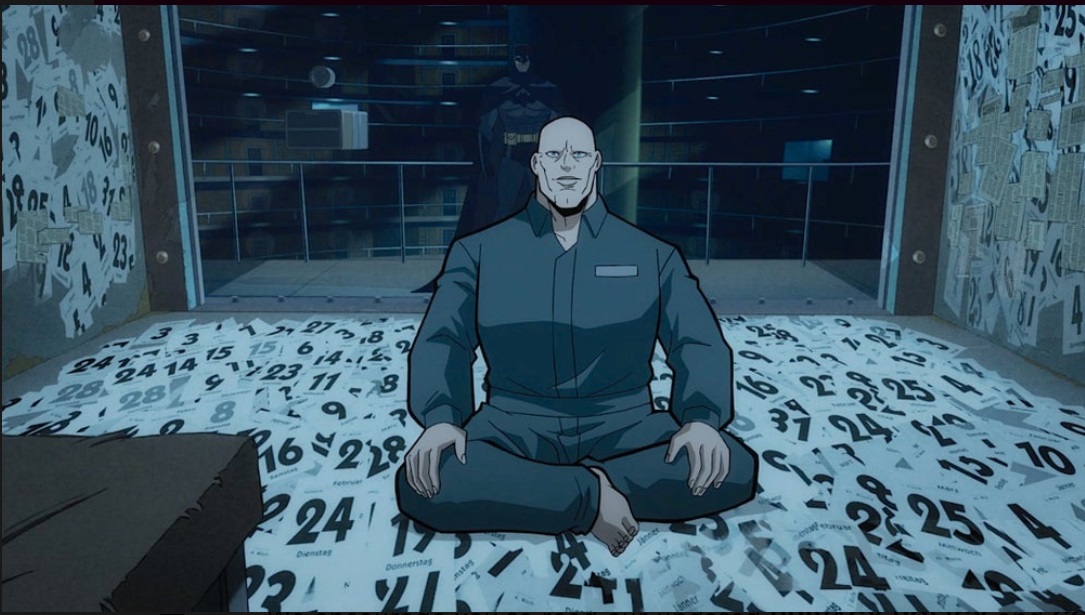 One of the core components of many superhero comics over the years has been the plethora of villains that pop up to bedevil, bamboozle and generally pester whatever costumed crimefighter is the central star of that particular series. And no one has had quite the parade of lunatics, psychopaths and malcontents quite like Batman. He’s fought just every flavor of criminal from garden variety gangsters to full on maniacs like the Joker.

Sadly some of the Dark Knight’s rotating Rogues Gallery don’t always get quite the same spotlight that other notorious nemesis do. A clip posted on IGN and YouTube from the film Batman: The Long Halloween Part 1 showcases long-time Bat-foe Calendar Man plays a central role in this latest animated outing from Warner Bros. Animation and DC Entertainment.

Adapting the popular 1996 limited series by creative team Jeph Loeb and Tim Sale, Calendar Man received both a facelift and character update courtesy of of Jeph and Tim. Gone was the villain who wore a cape made of calendar pages. In his place was a quiet, calm and disconcerting figure, filling a Hannibal Lecter esque role in both the comic and likewise in the movie.

Voiced by David Dastmalchian (who will be suiting up as fellow Batman baddie Polka-Dot Man in upcoming the R-rated flick Suicide Squad), David delivers his dialogue in a magnificent monotone, that still conveys a mountain of emotional depth as Calendar Man calmly states his thoughts who on who the ‘Holiday Killer’ could be.

Check out the clip below.

Batman: The Long Halloween Part 1 is available for Digital and Blu-Ray.

View all posts by Joshua Winchester
Skip back to main navigation