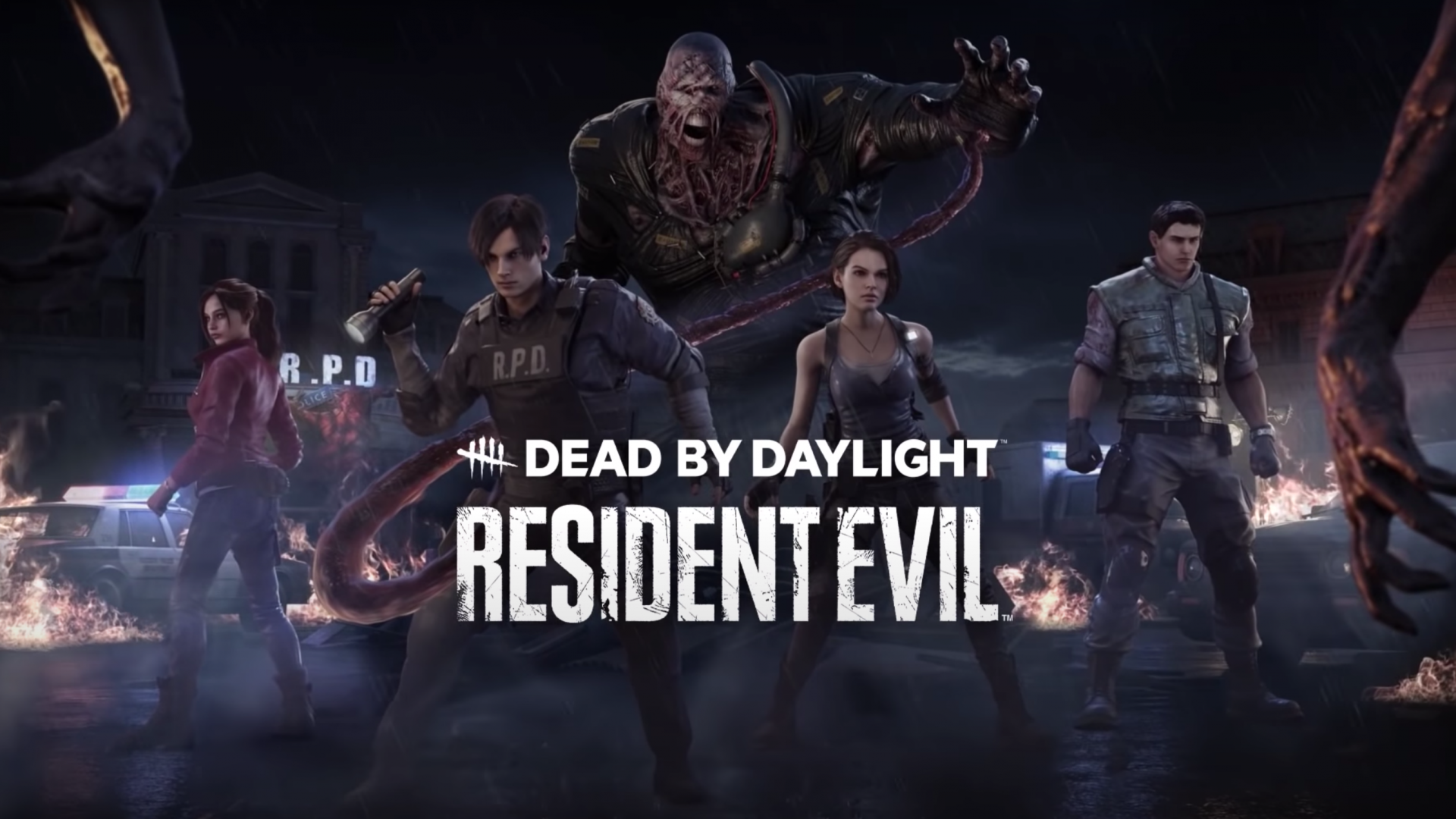 Jill Valentine, Leon S. Kennedy, and Nemesis from Resident Evil made their live server debut on Dead by Daylight Tuesday, joining the fog with new perks and abilities.

Jill Valentine, Leon S. Kennedy, and Nemesis from Resident Evil made their live server debut on Dead by Daylight Tuesday, joining the fog with new perks and abilities.

First revealed in the Resident Evil showcase in April, Dead by Daylight Chapter XX: Resident Evil has been a much anticipated crossover for the asymmetrical horror survival game. While PC players were granted access to the new characters via a public test build in May, Jill, Leon, and Nemesis are now officially available to play on live servers for all platforms. They are accompanied by a new map, the Raccoon City Police Department, which has been meticulously adapted from its design in Resident Evil 2 and 3.

Jill and Leon are not alone, however. With the live launch of Chapter XX comes two legendary skins—skins which allow a survivor or killer to become another character. These were first introdced to Dead by Daylight a year ago with the Silent Hill DLC, allowing Cheryl Mason to become Lisa Garland. RE protagonists Claire and Chris Redfield are available in the in-game cosmetic store as legendary skins for Jill and Leon, respectively. This comes as no surprise, as the Redfields are franchise favorites alongside Jill and Leon. This would surprisingly make Dead by Daylight the first game to include all 4 characters together.

You can watch Dead by Daylight Chapter XX: Resident Evil launch trailer below. The trailer features a cinematic chase, as Nemesis wreaks havoc in Raccoon City and Leon and Jill unite with Claire and Chris to face off against the infamous monster.

The Resident Evil chapter is available now for purchase. It is accompanied with an update with bug fixes and gameplay tweaks. You can read the patch notes here.