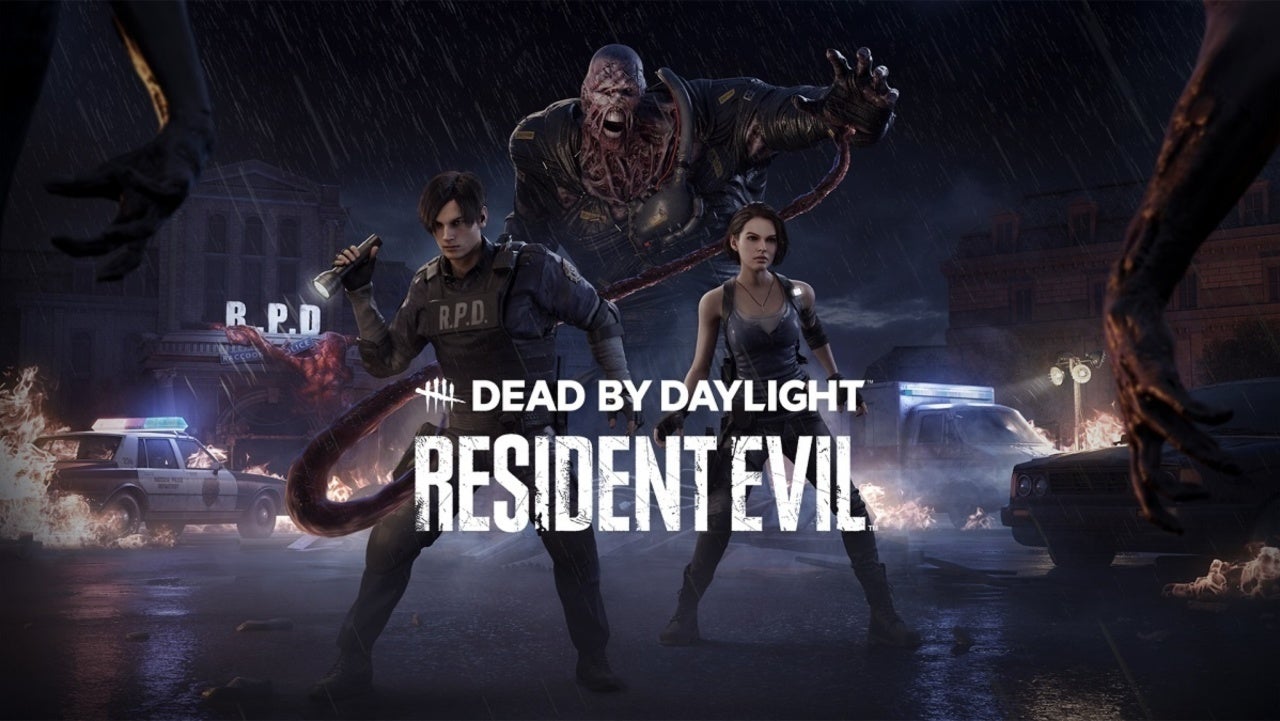 On their 5th anniversary livestream, Dead by Daylight has revealed the characters for their anticipated Resident Evil chapter, as well as some upcoming updates for game health, mechanics, and graphics.

On their 5th anniversary livestream, Dead by Daylight has revealed the characters for their anticipated Resident Evil chapter, as well as some upcoming updates for game health, mechanics, and graphics.

Of course, since the official crossover reveal in April, fans of the franchise have been clamoring to see which characters would join the asymmetrical horror game. Tuesday’s much anticipated 5th anniversary livestream revealed that the DLC chapter would include Nemesis as the killer, as well as survivors Jill Valentine and Leon Kennedy. This marks the first time a chapter has included two survivors since the Stranger Things DLC. The three new characters are accompanied by a new map, the Raccoon City Police Department, meticulously adapted from Resident Evil 2 and 3.

All killers in Dead by Daylight have their own unique power—Nemesis’ power is called T-Virus. This unique character ability allows Nemesis to contaminate survivors with the T-Virus through tentacles that shoot out of his arms. The more contaminated survivors are, the more powerful Nemesis’ tentacles become. Also included with Nemesis is, for the first time, AI characters. AI-controlled zombies patrol the map and can contaminate survivors when coming in contact with them. These zombies can be killed by dropping pallets on them, or killed by Nemesis to absorb their power and enhance T-Virus.

Watch the reveal trailer below!

The Resident Evil chapter is not all that the 5th anniversary stream had to offer. The game developers discussed future plans for the quality of the game, which includes graphical updates to older maps; map updates have been released since last year, and it was confirmed that more maps would be updated in the near future. The devs also confirmed old characters would be graphically adjusted to bring their quality up to par with more recently released characters. On top of graphics, gameplay tweaks were said to be in progress, with unspecified changes announced for the totem, key, and Memento Mori mechanics.

The developers also discussed plans for an automatic banning system that would instantly ban players who were reported enough times. Of course, the devs also touched on the 5th anniversary in-game event for July, which will include exclusive med-kits, toolboxes, and flashlights, as well as cosmetic crowns that can be unlocked in matches during the event. Throughout the stream, prominent content creators were also featured in the form of highlight reels. The devs went on to say they would like to work with community artists to design officially licensed merchandise for the game.

Watch the 5th anniversary stream in its entirety below:

The Resident Evil chapter and its new characters can be played now on the Public Test Build for PC players. The official DLC is slated for release on all platforms June 15.