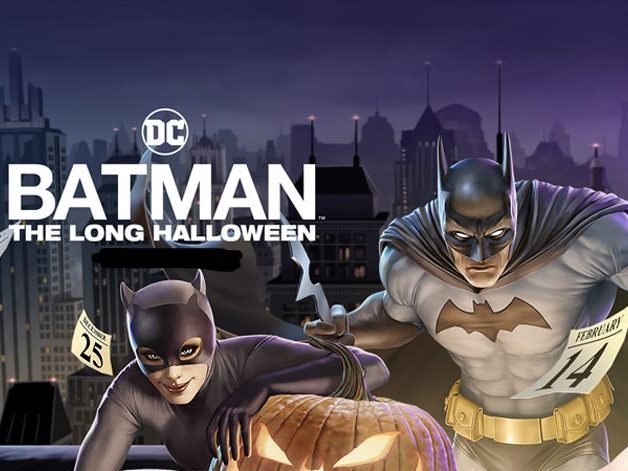 Last month, Warner Bros. Animation released the trailer for the Batman: The Long Halloween, Part One animated DC Universe film. Since then, it has been revealed that Part One will have a June 22, 2021 digital and Blu-ray release date. Even though fans have not seen the first film yet, they already have a sneak peek into Batman: The Long Halloween, Part Two, thanks to an exclusive trailer release by IGN.

You can check out the trailer below:

The project, starring Jensen Ackles as Batman/Bruce Wayne, will be divided into two parts with Part Two having an R rating, unlike its predecessor which will be rated PG-13. Ackles, who is known for Supernatural, Smallville, and voicing Red Hood in the animated feature, Batman Under the Red Hood, will be leading an all-star voice cast. Straight out from his role as Sheldon Samson/The Utopian in Netflix’s Jupiter’s Legacy, Josh Duhamel will voice Harvey Dent/Two Face. The late Naya Rivera has one of her final performances as Catwoman/Selina Kyle. It has been confirmed that she was able to complete all her lines before her passing.

The film is inspired by the 1990s DC comic book series of the same name by Jeph Loeb and Tim Sale, and it is an artistic, stylish story about Batman investigating murders that occur on Holidays. The story features a wide variety of his rogue gallery, and it will also be a main inspiration for Matt Reeves’ The Batman, starring Robert Pattinson, which hits theaters on March 4, 2022.

You can also check out the synopsis/details from Batman: The Long Halloween, Part Two below:

“Inspired by the iconic mid-1990s DC story from Jeph Loeb and Tim Sale, Batman: The Long Halloween, Part Two continues as the Holiday Killer is still at large and, with Bruce Wayne under the spell of the venomous Poison Ivy, Batman is nowhere to be found. Liberated by an unlikely ally, Bruce quickly uncovers the real culprit: Poison Ivy’s employer Carmine Falcone. The Roman, his ranks decimated by Holiday and his business spinning out of control, has been forced to bring on less desirable partners – Gotham City’s rogues’ gallery.

In the meantime, Harvey Dent is confronting battles on two fronts: attempting to end the mob war while also dealing with a strained marriage. And, after an attack that leaves Harvey hideously disfigured, the District Attorney unleashes the duality of his psyche that he’s strived his entire life to suppress. Now, as Two-Face, Dent decides to take the law into his own hands and deliver judgment to those who’ve wronged him, his family and all of Gotham. Ultimately, the Dark Knight must put together the tragic pieces that converged to create Two-Face, the Holiday Killer, Batman and Gotham City itself.

As mentioned, Batman: The Long Halloween, Part One, will release on June 22, 2021. Part Two still has no official release date, but it should be expected in the Fall, near Halloween ideally.

What do you expect of The Long Halloween animated films? Have you read the comic book series yet? Comment below and stay tuned to The Cultured Nerd for more updates.