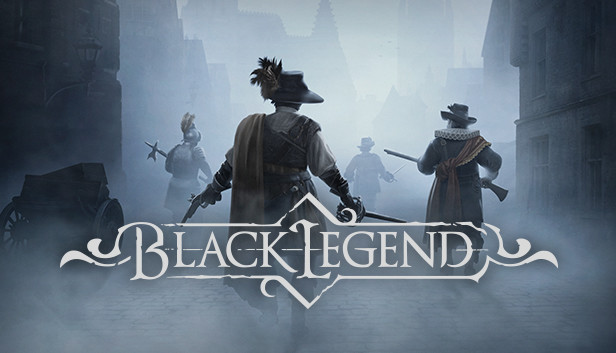 “Black Legend” is an RPG, strategy, turn-based game that is set in 17th Century Europe. The game features a vast collection of classes that allows the player to have full control over their four-man team.

Black Legend is an RPG, strategy, turn-based game that is set in 17th Century Europe and was developed by Warcave. The game features a vast collection of classes that allows the player to have full control over their four-man team. The game’s interesting plot is what carries the game as a whole, while the visuals and audio could’ve used a bit more work.

As mentioned above, the game is set in Grant, a city based in 17th Century Europe. An evil alchemist named Mephisto has cast a deadly fog over the city. You will lead a group of mercenaries and will be tasked with bringing everything to back to normal.

The plot is actually pretty good. You’ll meet different characters throughout the game that will provide information about what’s going on. This is where most of the world building takes place and the story, in my opinion is what carries the game. As you progress through each section of the map, you’ll come across the cultists that you will have to fight. While there are MANY of them, they aren’t that hard to defeat. The dogs can be quite annoying though, but that doesn’t take away anything from the game.

Turn-based gameplay is something I’ve always been a fan of and Black Legend doesn’t disappoint in that aspect. The games offers dozens of class combinations and with each of those classes you can equip different weapons to fit your game plan. The game lets you pick where your team members will start each fight; I highly recommend that you think carefully where you put your characters because it impact the battle in a big way. That doesn’t necessarily apply to the smaller battles, but more to the extremely difficult boss battles.

It’s style of game play is where it starts to separate it’s self from other turn-based games. The combat can be tricky once you begin the game, but once you get the hang of it you’ll be alright. You’ll essentially be looking to stack different attacks that will combine into a bigger attack that will deal a great load of damage.

My only real complaint with the gameplay is that you can’t attack diagonally. It doesn’t seem like much, but it can be very annoying when you’re in a great position to land an attack but can’t because you aren’t directly across from the enemy. I didn’t find this a problem early on until I ran into the first big boss battle.

The visuals weren’t the best or top notch, but they do the job. I did find it annoying that sometimes it would take the game’s textures a minute to load in once entering a new area. The world design was just fine, the maps were big enough to give the player the ability to explore and find good loot. The game does give off eerie\suspenseful vibes and that’s thanks to the level designs. Each section of the map shows off the terrible times the city is going through.

The soundtrack in the game is good enough to draw your attention, but doesn’t really offer much in terms of creating any kind of emotion. The games volume is kind of low and I found myself having to adjust the volume at times to be able to hear what is going on. I would definitely recommend using subtitles. Other than the volumes level, I didn’t find anything else wrong with the games sounds.

There is definitely some replay value. With the roster being limited to four and there being 15 classes, there are a lot possibilities for how the game could play out. You can complete each playthrough with a different team each time and get a different experience. Unfortunately, that’s the only aspect of the game that I feel adds any replay value. This isn’t in any way a bad thing, with all the possibilities of the players team, the game could also become more difficult and provide a better challenge.

Overall, Black Legend is a fun and challenging game that provides a good story and a unique aspect to turn-based games. The 17th Century Europe setting isn’t one that you find a lot in games these days and it’s almost refreshing to have something new. Although it does come with it’s flaws (what game doesn’t have flaws), I would definitely recommend this game to gamers that are fans of RPG or turn-based games.

You can watch the trailer for Black Legend below:

Have you played Black Legend? If so, what are your thoughts on the game? Let us know in the comments!

TCN was provided a review copy of Black Legend on PlayStation 4 for the intent of review purposes by the publisher/PR.