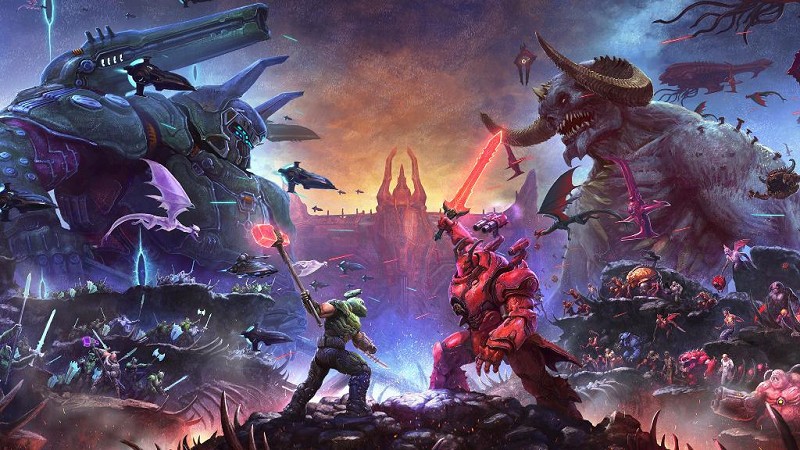 Tomorrow, we go to war!

The Doom Slayer saga finally comes to an end as Doom Eternal calls it a day in its single player expansion in The Ancient Gods Part Two, tomorrow, March 18th.

The trailer follows closely on the heels of the teaser trailer revealed 2 days ago and offers a deeper glimpse into what players can expect from Part Two of the DLC.

The trailer shows the Doom Slayer looking up at a massive enemy fortification conjured by the forces of hell soon after which he proceeds to presumably do his own recruitment of forces as he releases an energy beacon straight up at the sky acting as a call to arms of warriors from different sentinel settlements to join the slayer to put an end to the demon menace once and for all.

The trailer also features fantasy elements as the slayer is spotted riding a Dragon and the Dragon spewing white fire laying waste to imps in an alternate scene. There also will be new weapons and demons to fight (as shown in the trailer) which is sure to spice things up for players.

The world looks enormous with sprawling details and scaling which gives a perspective of the grand scale of events that follows suit.

Doom Eternal: The Ancient Gods Part Two will be out tomorrow.

What did you think of the trailer? Are you willing to push your limits further than what you did in Part One? Let us know your thoughts in the comments below!