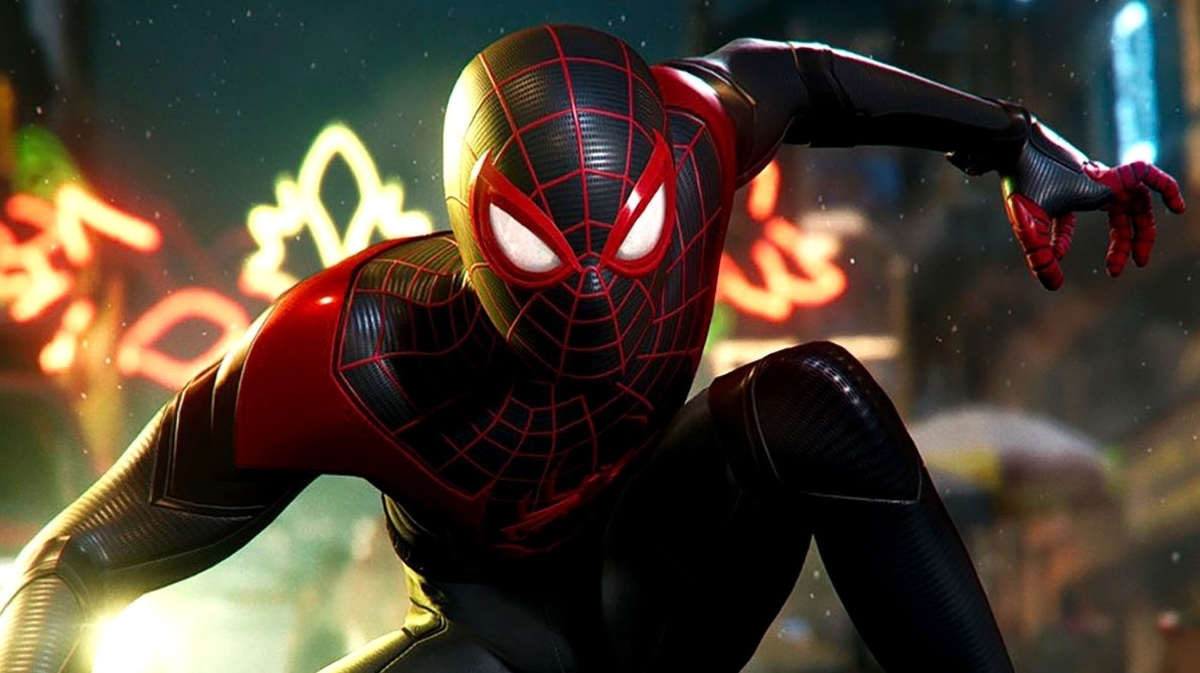 “Spider-Man: Miles Morales” was an extremely fun gameplay; even though I played it on the PS4 Pro, the gameplay holds up and is fantastic.

Spider-Man: Miles Morales was an extremely fun gameplay; even though I played it on the PS4 Pro, the gameplay holds up and is fantastic. It’s important to note that this isn’t a sequel to Marvel’s Spider-Man, it’s its own game.

This game has a fun, emotional and uplifting plot that I think everyone can relate to in some shape or form. Spider-Man: Miles Morales takes place a little over a year after Marvel’s Spider-Man (2017). Miles Morales is still learning the ropes as Spider-Man, and it’s fun because we got watch him grow into superhero we all know and love. The plot develops nicely and so do the characters. We are introduced to quite a few new characters such as Ganke, Phin, Aaron Davis and Simon Krieger.

The main part of the story see Miles take villains such as Rhino, The Prowler and the games main villain, The Tinkerer. The cool part is that each of the villains aren’t random, they each have a reason for there and that helps with a lot of things. The game has lots of emotional moments, none like Spider-Man (2017), but there are some emotional moments. It’s hard to make any comparisons to the previous game because Miles is different in many ways and that’s makes this game unique.

The snowy Harlem setting was a perfect choice by the Insomniac. On the PS4 Pro, the visuals are amazing, but are nothing compared to the PlayStation 5, which actually just added ray tracing. Miles’ swinging animations were so much fun to watch; they were almost loose, like he was just free falling the whole time. He can also check his phone while he’s falling. My favorite thing to do was to try and recreate the “Leap of Faith” scene from Into The Spider-Verse; I think I speak for literally every other player on that part. The new snowy weather was a big part of setting it away from the previous game, visually speaking.

The villains kept the same type of armor aesthetic and it keeps it consistent. I was actually surprised about how much I liked The Tinkerer’s look. I didn’t like it at first, but it grew on me as I played through the game. It’s not much of a spoiler, but Rhino gets a tiny touch up to his suit and it looks amazing.

The controls were essentially the same as the previous game, but with Miles’ new Venom powers, there were a few more ways to come up with creative combos. Other than that, the controls felt natural when in combat and the swinging was probably better in this one than in Spider-Man (2017). The swinging was just as smooth but the animations had those fun Miles Morales looks to it. Other than the new Venom moves, there really isn’t anything special about the controls.

The music in this game perfectly fits the style of Miles Morales. You have a nice up beat Hip-Hop style soundtrack much like the one in Into The Spider-Verse. The soundtrack gives off good vibes while you’re swinging through Harlem in the winter. I can go on all day about the music, but the other sounds in the game were also well done. The sounds of Harlem were really brought to life; the sounds of the trains moving on the tracks, the chatter of people on the streets, and many other things. The developers put a lot of time into the sounds of the game and you can easily tell.

I’d say there is quite a bit of replay value in this game. There are dozens upon dozens of side missions for you to do and that includes fighting even more bad guys. You’re rewarded with new suits after completing some of the side missions. There is also a New Game+ that lets you play through the game again with all the stuff you unlocked in your first playthrough.

Overall, Spider-Man: Miles Morales is a must-play if you have a PlayStation 4, 4 Pro, or PlayStation 5 if you managed to get one. It’s also a good place to learn more about Miles Morales if you’ve never really heard of him before. The fantastic visuals and amazing soundtrack makes this a special game and I highly recommend it.