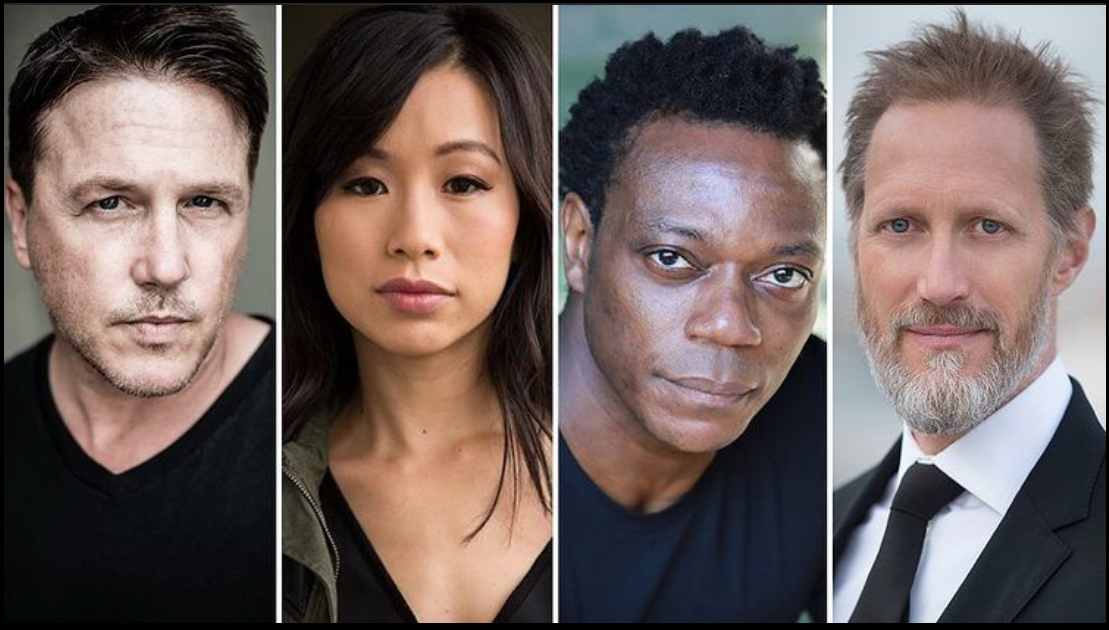 AT&T and Warner Bros’ streaming platform, HBO Max, is inching closer to becoming a behemoth in the “streaming wars” due to its recent, highly controversial decision of simultaneously releasing big budget movies on HBO Max and in movie theaters. As a result of this monumental decision, its sometimes easy to forget some of the exciting small screen projects that are slated to release on the streaming platform, such as James Gunn’s Peacemaker series. The John Cena led series is a spinoff series that focuses on Christopher Smith/Peacemaker, a character that will be first introduced to the DC Extended Universe in the upcoming sequel (reboot?) The Suicide Squad. After the series was initially announced back in September, it was officially announced that Steve Agee, Danielle Brooks, Robert Patrick, Jennifer Holland and Chris Conrad was added to the series cast. Now, it appears that cast is growing even more as a new report points HBO Max’s Peacemaker series adding four new cast members.

According to a report from weekly The Hollywood Reporter’s Heat Vision newsletter, James Gunn has added Lochlyn Munro, Chukwudi Iwuji, Annie Chang, and Christoper Heyerdahl to the cast of the highly anticipated series.

Lochlyn Munro is best known for his role as Betty Cooper’s dad on CW’s Riverdale, and also appeared in White Chicks. Chukwudi Iwuji has primarily worked in theater throughout his career, but he has had recurring roles on popular series such as Designated Survivor and When They See Us and will appear in Barry Jenkins’ upcoming Amazon series, The Underground Railroad. Actress Annie Chang has popped up throughout the last two seasons of NBC’s Shades of Blue while Christopher Heyerdahl has had roles on AMC’s Hell on Wheels, SYFY’s Van Helsing series and has also appeared in Sicario: Day of the Soldado and Disney+’s Togo.

As revealed by James Gunn, Munro and Chang will be playing Police Detectives Sophie Song and Larry Fitzgibbon respectively. Meanwhile, Heyerdahl will be playing Song and Fitzgibbon’s police captain, Captain Locke. Additionally, Iwuji is playing a character named Clemson Murn, but no further details about Murn were revealed beyond that. With the series expected to begin shooting in Vancouver in January, it appears that the series’ cast is beginning to take its final form, a sign that will no doubt escalate the fans excitement around the series.

HBO Max’s Peacemaker series will spin off of Gunn’s upcoming The Suicide Squad film and feature John Cena reprising his role as the titular character. Previously, Gunn recruited Danielle Brooks, Robert Patrick, and Chris Conrad to play supporting roles on the show as well as Steve Agee and Jennifer Holland reprising their roles as John Economos and Emilia Harcourt from the upcoming DCEU entry. Gunn scripted all eight episodes of the series, and is directing multiple episodes including the pilot episode. The series is rumored to begin shooting in Vancouver this upcoming January and will be released exclusively on HBO Max. The Suicide Squad is tentatively scheduled to be released on August 6th 2021 while HBO Max’s Peacemaker series has yet to land a official release date.

In the meantime, you can check out James Gunn’s and some of the other new cast members social media reactions to the news down below.

What do you guys think of the newest casting additions to James Gunn / John Cena’s Peacemaker series? What other characters would you like to see in the upcoming HBO Max series? As always sound off in the comment section below and remember to stay tuned in right here at The Cultured Nerd for the latest news surrounding The Suicide Squad and it’s spinoff HBO Max series, Peacemaker.