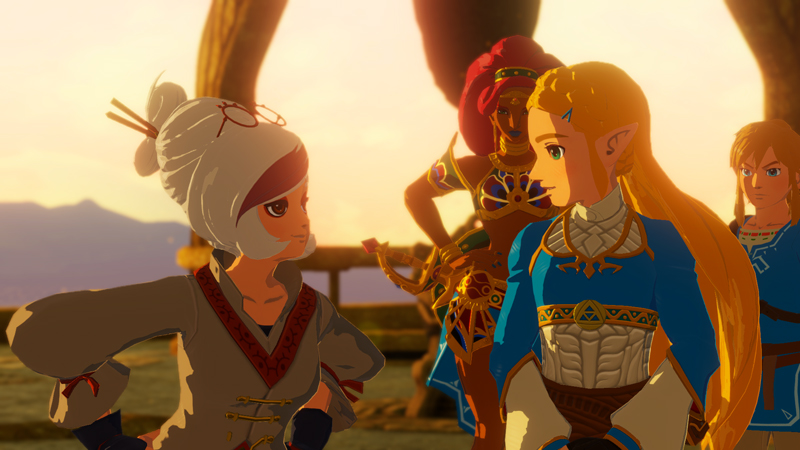 Glimpse a few screenshots from the upcoming Hyrule Warriors: Age of Calamity.

For any Zelda fans dying to get their hands on the upcoming sequel to The Legend of Zelda: Breath of the Wild, the latest entry in the spin-off series, Hyrule Warriors, might be just enough to satisfy that craving. A plethora of new screenshots from Hyrule Warriors: Age of Calamity have surfaced online via 4gamer, showcasing gorgeous stills from the latest Zelda adventure.

We get a glimpse of a few familiar faces from Breath of the Wild, such as Link, Princess Zelda, and the Champions, along with younger versions of Impa, Purah, and Robbie. The Yiga Clan is also present, led by Master Kohga and two new characters who have not been named yet. As revealed in the Nintendo Treehouse: Live stream, the Koroks also make an appearance, bringing Hestu along with them.

Finally we get a few shots of gameplay, showing off Link and Mipha fighting hordes of monsters across various locations from Breath of the Wild.

With less than a month away until the game’s release on Nintendo Switch, it won’t be long until fans can hack and slash through Calamity Ganon‘s army as Link, Princess Zelda, and more.