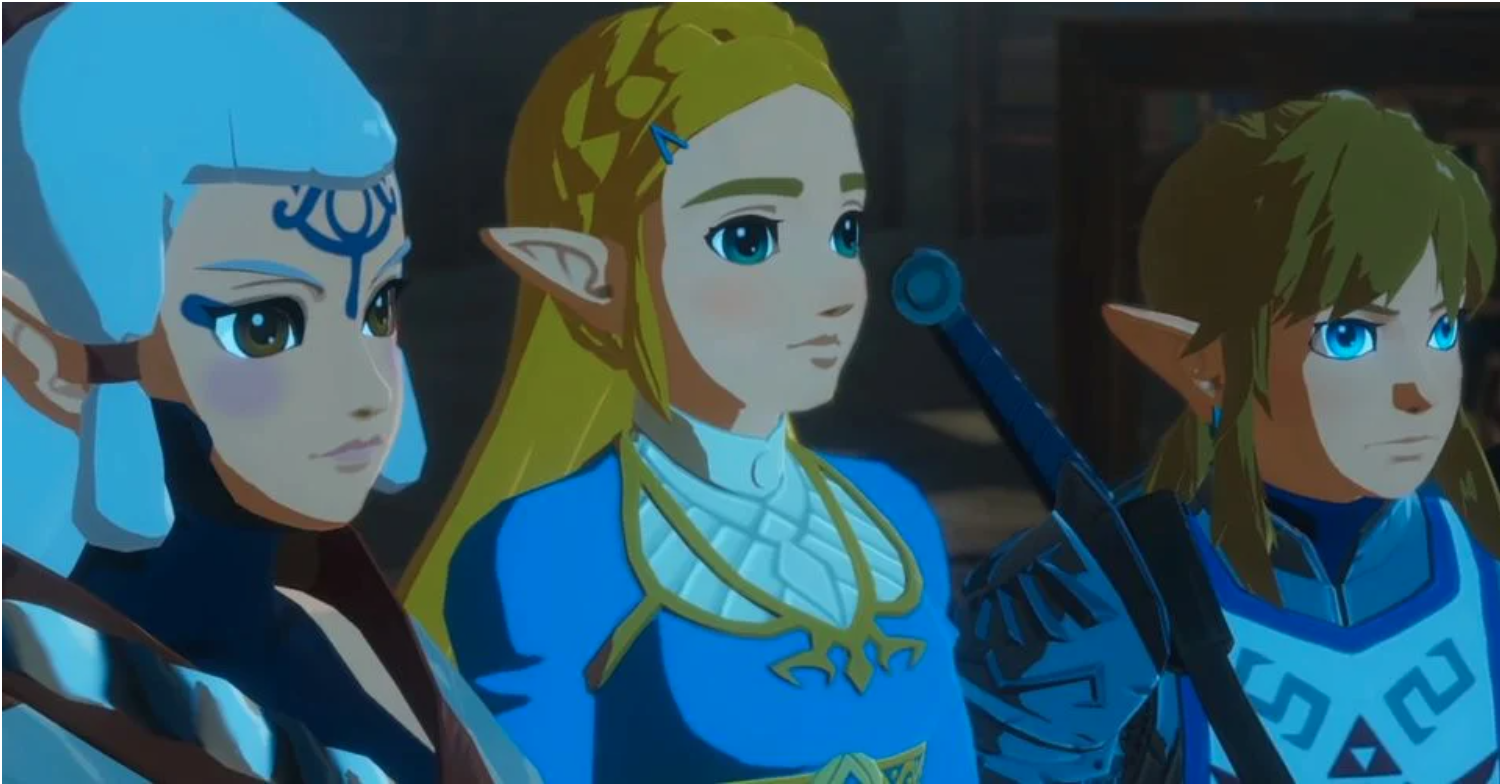 We get a lot more gameplay for Link, Zelda, and more in the upcoming Hyrule Warriors: Age of Calamity via Nintendo Treehouse: Live.

Yesterday’s Nintendo Treehouse: Live event offered a ton of new gameplay for Hyrule Warriors: Age of Calamity, showing off more of the playable characters, such as Link, Princess Zelda, and Urbosa, along with a few mechanics for the game. You can check out the livestream below.

The first part of the gameplay demo takes place in Gerudo Town, a landmark fans of The Legend of Zelda: Breath of the Wild will instantly recognize. Urbosa is front and center, leading Link and Princess Zelda in a battle against the Yiga Clan as she utilizes her lightning abilities with each strike, mowing enemies down with surges of electricity lingering in the air. Her moveset relies mainly on variations of Urbosa’s Fury, the lightning attack Link can harness in Breath of the Wild, which looks like a ton of fun to use. However, similar to how Urbosa’s Fury needs to charge after overuse, Urbosa has to wait a bit before she can use her lightning again, as shown by a meter at the top of the screen. In the meantime, though, she can make quick work of enemies with her sword and shield.

Princess Zelda is next, demonstrating some of her moves with the Shiekah Slate, such as freezing enemies with the Stasis rune and summoning a bomb-spewing Guardian. When compared to the original Hyrule Warriors, in which Zelda used a sword, bow, and other weapons, this Zelda relies solely on her skills with using the Shiekah Slate, which she does so very impressively as she destroys enemies with ease. While it appears that every character is able to use the Shiekah Slate for attacks, Zelda is the only character who relies on it completely, and has the unique ability of using the runes together for different attack combinations.

One interesting thing to note from this demo is that Age of Calamity comes off more Breath of the Wild than Hyrule Warriors, with a lot of the mechanics and gameplay deriving from the Zelda title. For instance, players will be able to uncover hidden Koroks placed around the map that offer up Korok seeds when found. The world map is also taken directly from Breath of the Wild, with notable landmarks serving as missions, training, and shops to upgrade your gear. One mechanic that is different, however, is you won’t have to worry about any of your gear breaking, something that definitely became frustrating in Breath of the Wild.

The final gameplays of the livestream are that of Link and Impa, two characters we have already seen much of before in a previous demo, but not without a few new surprises. Like in Breath of the Wild, Link can switch between a variety of weapons, such as short swords, spears, and two-handed swords and hammers. His gear can also be changed out as well, in which we get a quick peek of a few helms and outfits that have been seen before in Breath of the Wild. Link can equip these outfits to aid him in battle and suit his needs depending on the environment. In this instance, we get to view a training mission for Link, who uses an Iron Sledgehammer to take on Goron Champion Daruk and a squad of Hylian soldiers.

Impa’s gameplay is a lot of what we have already seen; using quick flurry attacks, throwing knives in every direction, and gliding along the map like a flying squirrel. However, there is one notable move of Impa’s we haven’t seen before; summoning a giant frog to squash her enemies.

The livestream finishes with a boss battle between Impa and a red Hinox, which Impa easily makes quick work of. Impa is definitely one of the highlights of every gameplay demo so far, and she looks like a lot of fun to play as.

Pick up Hyrule Warriors: Age of Calamity this November 20th for Nintendo Switch.