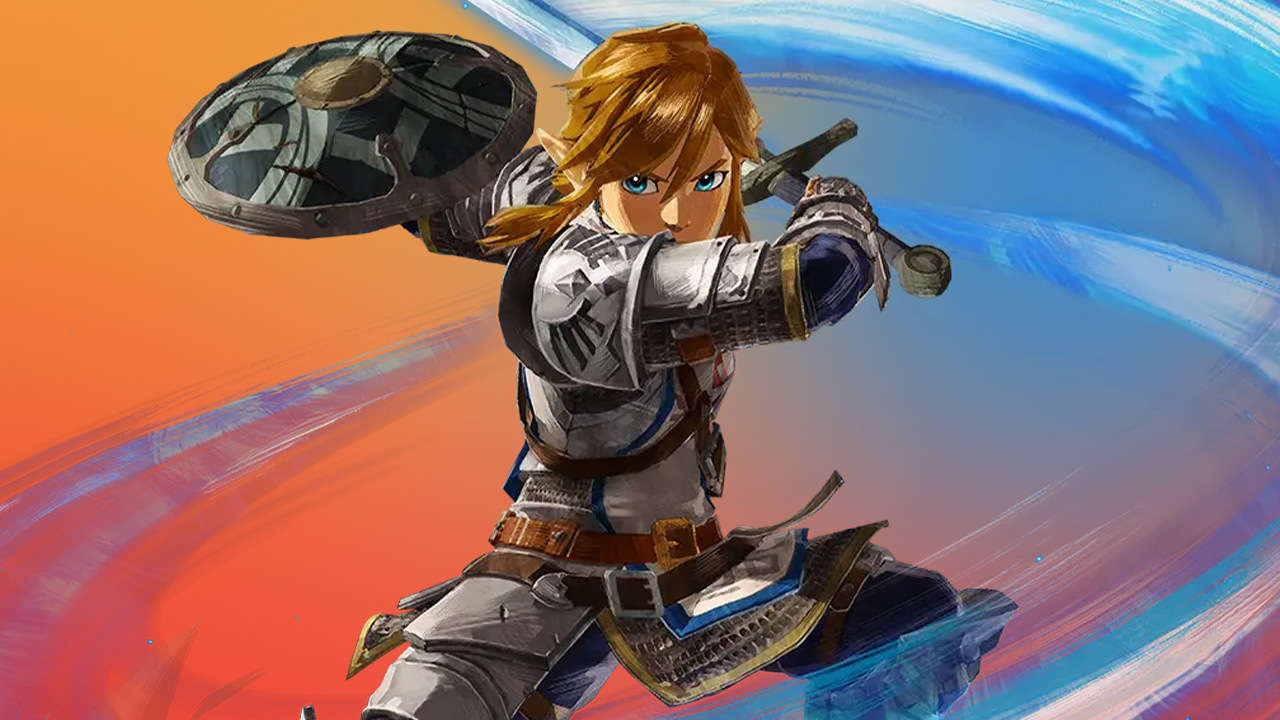 Watch the second trailer for Hyrule Warriors: Age of Calamity, as well as gameplay for both Link and Impa.

Earlier today Nintendo dropped both a second trailer and a gameplay video for the upcoming The Legend of Zelda: Breath of the Wild prequel, Hyrule Warriors: Age of Calamity.

The trailer begins with a shot of Hyrule Castle in ruins, covered in flames and malice as a weeping Princess Zelda falls to her knees near the top of the castle. We then transition to Zora’s Domain, whereupon Link meets with Zora princess Mipha, followed by a demonstration of her abilities with her Lightscale Trident. The trailer continues with similar scenes of Link, Zelda, and a younger Impa recruiting the rest of the Champions, Daruk, Urbosa, and Revali, as well as a brief display of each of their unique abilities. Daruk fights off a Fire Stone Talus, showing off his insane strength, while Urbosa cuts down a group of Lizalfos with ease. Revali also gets to show off his archery skills, blasting more Lizalfos with bomb arrows. The Great Deku Tree provides voice over for the rest of the trailer, showing Link, Zelda, and the rest preparing to fight against the massive army of monsters and Guardians controlled by Calamity Ganon.

A 13 minute long gameplay video was also released following the trailer, demonstrating how both Link and Impa will handle in the game.

As it falls under the Hyrule Warriors franchise, Age of Calamity plays closer to a hack-and-slash rather than a traditional Zelda game, but many of the iconic items and mechanics are back to blend this title into the world of Breath of the Wild. Link uses a familiar sword and shield to face off against a horde of Bokoblins, along with a new move that allows him to shield surf into enemies, knocking them to the ground. The Shiekah Slate makes a return as well, providing Link with the Remote Bomb, Cryonis, and Stasis runes to help in his fight against Calamity Ganon. For example, Link can use the Cryonis rune to launch himself in the air with a pillar of ice and shoot enemies full of arrows. It appears that certain enemies will require Link to use different runes to be defeated, such as using the Remote Bombs to kill a giant shield-wielding Bokoblin, so the Shiekah Slate will definitely come in handy.

Impa is drastically different from the previous Hyrule Warriors game, relying on quick slashes with a short blade rather than brute force. She can also summon clones of herself, creating ghost-like copies that mimic her movements to aid in battle. Her gameplay is very reminiscent of the Maz Koshia boss fight from the Breath of the Wild DLC, with many of her attacks bearing a close resemblance to those of the ancient monk. She travels across the battlefield at insane speeds, teleporting between enemies and destroying them with her sword, and overall looks like a ton of fun to play as.

We also get a better look at the small, egg-shaped Guardian on the cover art for the game, who saves Impa and Link from a small group of enemies by forcing a Shiekah Tower out of the ground. This new Guardian character hasn’t been named yet, but we get to see a little bit of how it interacts with the player as it follows Link around and blasts enemies while also looking incredibly adorable. It appears to communicate via a slide whistle on the top of its head, somewhat reminiscent of R2-D2. How this tiny Guardian plays into the story is still unknown, but hopefully we will get to see more of it before the game’s release.

You can pick up Hyrule Warriors: Age of Calamity for Nintendo Switch on November 20th.