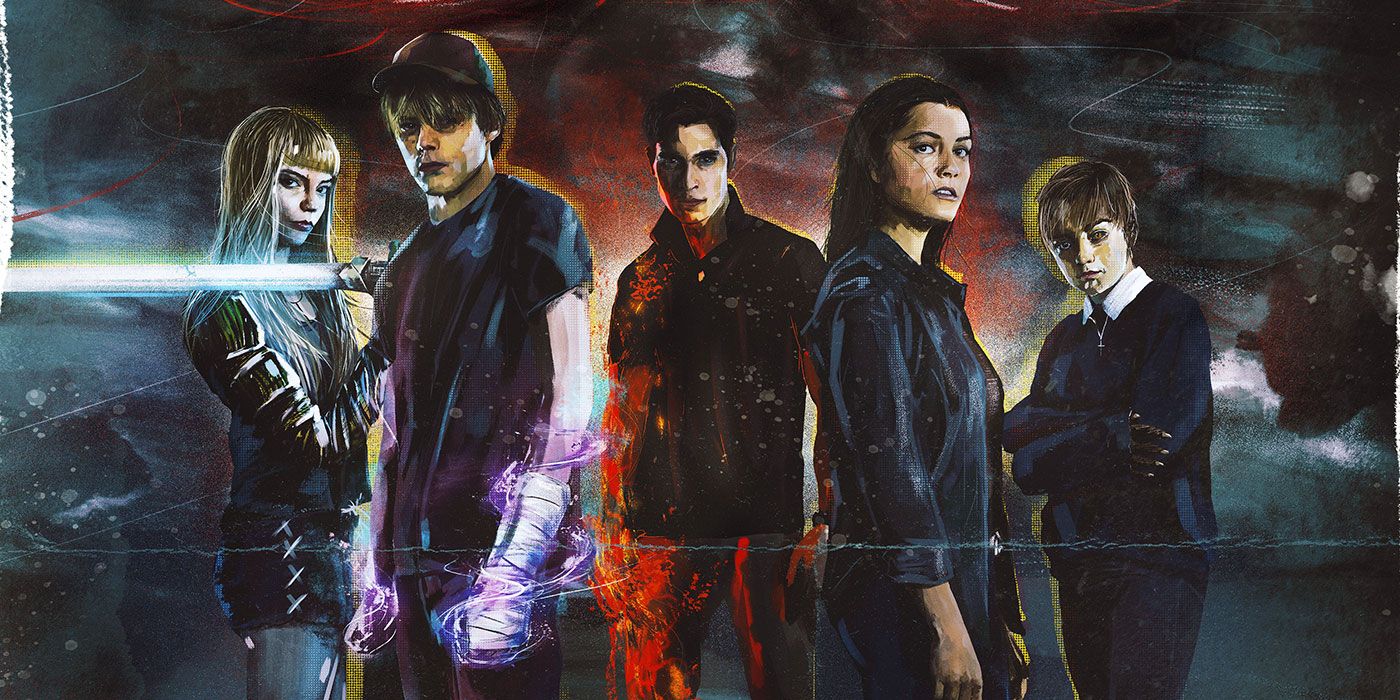 After this film’s long and tumultuous journey through developmental hell(or should I say limbo), it feels almost surreal to have been able to watch The New Mutants in real life. Starring young talents such as Anya Taylor-Joy, Maisie Williams, Blu Hunt, Charlie Heaton, and Henry Zaga as the titular New Mutants the film delves into the origins of these characters while pitting them against manifestations of their biggest fears.

I am the first to admit that I am intrinsically biased towards this film. So many facets of it feel like they were made to appeal directly to my specific tastes, with Anya Taylor-Joy playing my favorite comic book character, The New Mutants being the first comics I ever read, even down to the subversion of styles for a more Coming-of-age/horror film. I have been waiting with bated breath for this film’s release ever since that first trailer back in 2017, so feel free to take what I have to say with a rather sizeable pinch of salt.

The decision to turn Magik into a racist internal antagonist is a decision I just cannot get behind. A character with as much depth and importance to the New Mutants comics, as well as a close relationship with Dani herself, was rewritten as a 2-dimensional mean girl for at least the first third of the film. Beyond my personal love for the character and anger at her misrepresentation in this way, it is simply unnecessary and comes off as an attempt to ‘prove the film’s edginess‘ with no real conclusion. While the film in no way plays her actions towards Dani as acceptable, the inclusion, to begin with, is utterly unnecessary. When this needless antagonism is dropped, Illyana seems to transform into the character many comic book fans have come to love. Taylor-Joy portrays the character with the much-needed depth she deserves(when the writing allows her to that is) and exemplifies just how great her role could have been had the writing team not wasted their time and energy turning her into an insensitive bully.

Contrary to many other reviews out there, I feel the blend of campy horror reminiscent of the early slasher films, with the coming-of-age storytelling, worked exceptionally well for the film, putting into perspective just how young and naive these characters are and allowing for the humanity of these characters to really shine through. Illyana is a mean girl until we see her drawing with crayons or talking to a puppet, Roberto is a pompous rich boy until we see his desire for interpersonal connections, etc. This allows for the audience to see the characters outside of the perspective Dr. Reyes has been painting them to be. They are not just violent killing machines, but children.

The way Dani’s powers manifested for the film worked well for the plot. While it does diverge slightly from the comics, a 90 minute run time is hardly enough to establish and explain some of the wilder aspects of these characters’ abilities(but more on that later). Dani’s psionic abilities manifesting the darkest fears of those around her is a fantastic premise to build a superhero film about, especially one starring far lesser-known characters than what the average movie-goer is used to seeing. Watching these young characters forced to relive some of their greatest traumas is where the film really excels, dealing with serious subject matters sensitively and with an artistic gaze that avoids romanticizing tragedy. Some of the best cinematic scenes in this film take place during these scenes where the New Mutants are reliving their traumas, specifically Charlie Heaton’s scene reliving the death of his father in the mines, the scene is void of dialogue with just the sound of picks and the harsh, unforgiving lights of the miners’ hard hats.

While not quite as visually powerful, Magik’s flashback to the Smiley Men and her abuse at their hands is an interesting departure from the source material that works significantly better within the context the film creates. The character of Magik(AKA Illyana Rasputin) has one of the most complex and fantastical origin stories within the X-Men universe involving being kidnapped by a demon, held captive, and eventually becoming Queen of Limbo(For More on Magik’s backstory check out our article here). This incredibly complex character is difficult to whittle down from a cinematic standpoint, let alone in a film that centers around an ensemble cast. This allows for Magik’s origins to be altered for the sake of narrative cohesion and I personally think it works rather well. While I would have loved to see her use her teleportation discs(or teleporting in general) more throughout the film, overall her character’s origin and powers have been made to fit within the overarching scale of the film, while also sticking to the essence of the character.

Some pettier gripes I had with the film have to do with inconsistent accents and some moments of CGI that look thoroughly unready for release, but these pedantic issues feel outweighed by the actors’ strong performances and the delicate and caring way the relationship between Dani and Rahne develops(something I was expecting to be little more than a cameo given how reluctant studios are to develop strong queer relationships).

Josh Boone’s The New Mutants may not be the masterpiece some diehard fans like myself have hoped for, but the film is certainly a fun and fresh addition to the X-Men canon.