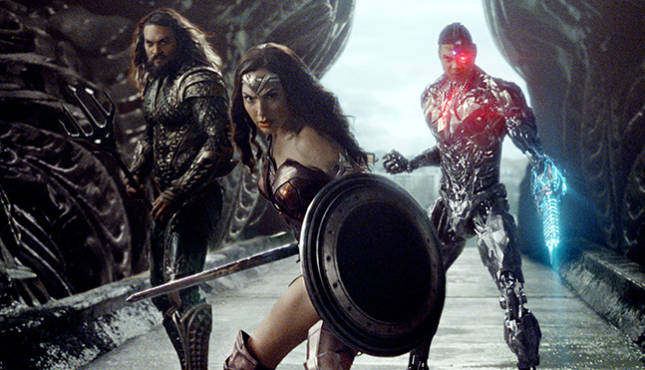 We get a second look at ‘Zack Snyder’s Justice League’ before the full trailer reveal at DC Fandome.

After the Snyder Cut teaser posted on Vero yesterday, Zack Snyder has graced us with yet another teaser earlier this morning. Snyder has fans anxiously awaiting the massive fan event DC Fandome, in which we will hopefully get to see the full trailer for his cut of Justice League during a panel hosted by Snyder himself.

This trailer is packed with quick teases of scenes we’ve seen in previous Justice League trailers beforehand, such as close ups of Jason Momoa’s Aquaman, as well as Gal Gadot’s Wonder Woman leading both Aquaman and Ray Fisher’s Cyborg into battle.

However, there are a few new scenes we haven’t seen before, such as Ben Affleck’s Batman offering a Wayne Enterprises credit card to Aquaman and a shot of Cyborg in STAR Labs. One of the most notable moments in the trailer is a quick shot of Ezra Miller’s Flash running through what appears to be the Speed Force, hinting at a possible trip through time for the Scarlet Speedster.

These are just small teases compared to what awaits us tomorrow at DC Fandome, and we cannot wait to see what Zack Snyder has in store for us.

The panel for The Snyder Cut of Justice League will take place at 2:30 pm Pacific/5:30 pm Eastern on August 22nd.