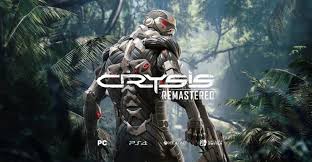 Crysis Remastered finally has a release date on the PS4, Xbox One and PC!

The game is set to release on the respective platforms on September 18, 2020. The games’ YouTube channel released a video which showcases massive changes made to the remastered version of the hit 2007 first person shooter. There is a side by side comparison of various scenes from the original game and how it has been improved using the latest Cryengine 4 and ray tracing technology. The video shows instances where the ray tracing technology has been put into effect and the changes are clearly seen.

Crysis Remastered was released on the Nintendo Switch on July 23, 2020. The release on the PS4, Xbox One and PC was postponed by the developers after the initial trailer received considerable amount of criticism by the fans as to how unimpressive it looked compared to the 2007 version of the game. Now, 3 months down the line, it’s amazing to see that the developer took everyone’s feedback and fixed the visuals, and its safe to say that it looks amazing!

September 18th can’t come sooner! What do you think of the changes made? Will this be a first day buy for you? Let us know in the comments!