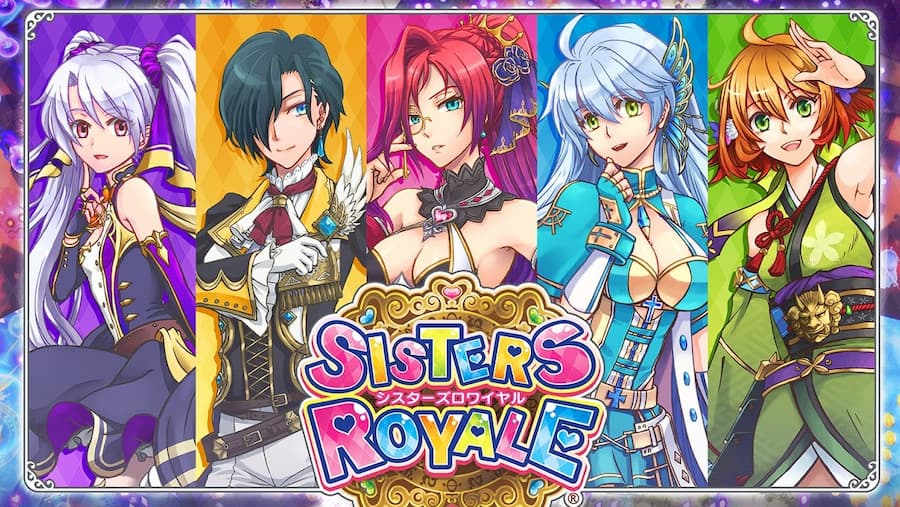 “Sisters Royale” is a vertical shoot ’em up style game that is out now on PlayStation 4, Nintendo Switch, and Xbox One

Sisters Royale is a vertical shoot-’em-up-style game that is out now on PlayStation 4, Nintendo Switch, and Xbox One. This shoot ’em up was fun to play, with its different characters that each have their own playstyle.

Sisters Royale follows a group of sisters (Sonay, Selma, Nur, Ece, and Lales) who are fighting for the chance to marry a man named Yashin. The plot doesn’t really pull you in and the dialogue between characters isn’t the best, but it gives you a clear sense of the story and what you can expect to see throughout the game.

Each sister has their own stage, and you have to beat one to move on to the next sister. Each stage does have it own theme, and some even have mechanics that give the stage its own challenge. For example: Selma’s stage had ice on the ground that would cause moving to be slightly more difficult, and Nur’s level had windmills that would move your character around. Other than the small added challenge, the stages were mostly the same and didn’t really increase in difficulty.

The overall gameplay visuals were good and had a nice aesthetic to it. The in-game character models had a nice design, nothing too over the top but just right for this style of game. The enemies also had nice designs that fit the aesthetic of the stage you’re on.

The controls are smooth and fit with the overall gameplay nicely. Your main controls are using B to shoot, using X to use your bomb move, using A to do your secondary attack, and like most games, you’ll use the left stick to move your character around the screen. Moving around the screen was smooth, and even when the game picks up speed and the map gets crowded with enemy bullets, you have enough control over your character to move around the bullets and not lose a life. If by chance you do feel overwhelmed with the screen being crowded, simply use your character’s bomb move and it will clean the enemies right off the screen. Playing as Sonay made the game too easy, and if you choose her as your character, I recommend setting the game’s difficulty to HARD.

The upbeat soundtrack started off well, but it doesn’t really change throughout out the game. It changes whenever you reach the boss of the stage, which is one of the sisters, but otherwise isn’t anything exciting. I did enjoy the music when I reached the final boss. The drastic change in music was fun to listen to. It was intense and loud and made the final boss battle even more fun. One thing I thought was a nice touch was that you can hear the sound of your character’s footsteps on certain stages, and I found that oddly satisfying. Overall, the music was a joy to listen to as I played my way through the game. I just wish there was more to it, rather than it sounding the same on each stage.

There is some replayability to the game. Once you beat the game using one sister, you can go back and play through it with another. Each sister had their own move set, so the playstyle won’t be the same throughout each playthrough. Selma was my favorite to use. Her main attack is well rounded and reaches across a good chunk of the stage. Her secondary attack is a bunch of large swords spinning around her, as you can see in the image above.

Overall, Sisters Royale was fun to play. Though not very challenging unless played on HARD difficulty, the gameplay was smooth with some nice visuals. I’d actually like to recommend this game to anyone who is a fan of shoot ’em up games; to anyone interested in trying this style of games, I think this is a good game to start with.

Below you can watch the official trailer for Sisters Royale:

Have you played Sisters Royale? If so, tell about your thoughts on the game in the comments!

TCN was provided a review copy of Sister Royale on Xbox One for the intent of review purposes by the publisher/PR.