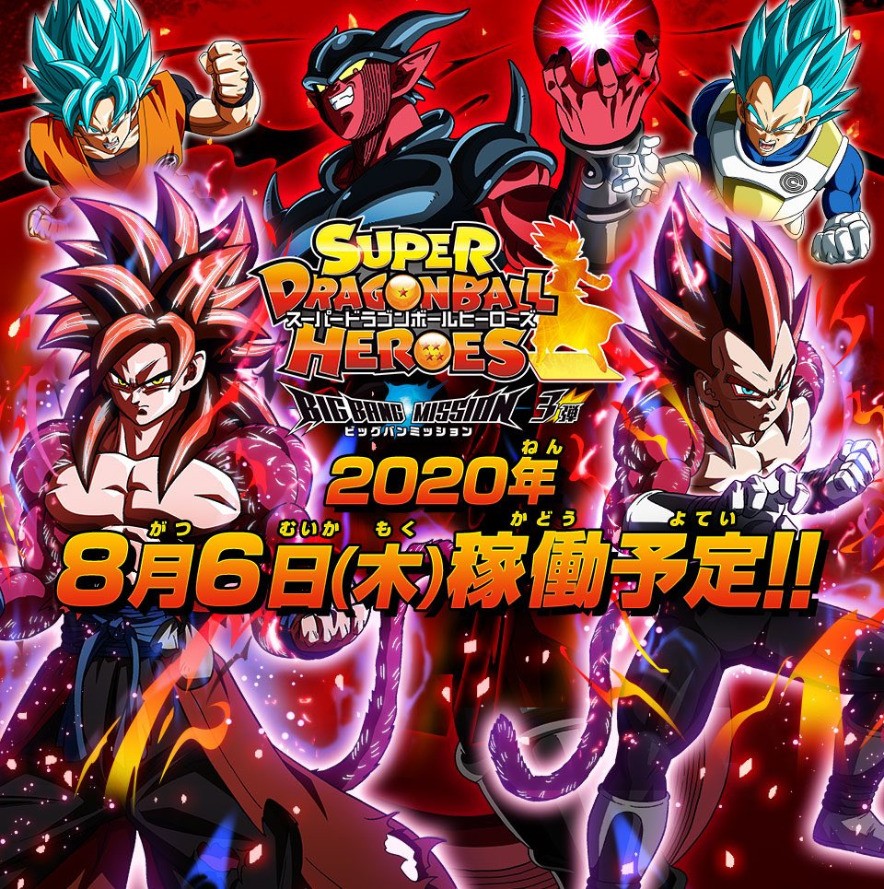 This new image shows a side profile of Goku in the new stunning power level, Super Saiyan 4 Limit Breaker.

In a follow up to news from earlier this month, a new key art image of the newest Super Saiyan from Super Dragon Ball Heroes has surfaced. This new image shows a side profile view of Goku in this new stunning power level, Super Saiyan 4 Limit Breaker.

Super Dragon Ball Heroes is a Japanese web series, arcade and card game series created by Toei Animation. It originally premiering on July 1, 2018 and takes a look into multiverse of the Dragon Ball franchise.

When the first images released earlier this month, many fans took to social media to show resounding support for the new form.

This new transformation will be brought to life when the new update for the arcade game is released in Japan on August 6th. The new form in Super Dragon Ball Heroes looks fairly similar to the Super Saiyan 4 form last seen in Dragon Ball GT.

Not much is really known about the true details behind the new transformation. It seems like an SSJ 4 crossed with Ultra Instinct but with a pinkish glow. Fans of the Super Saiyan 4 Limit Breaker will have to wait until at least August to find out more.