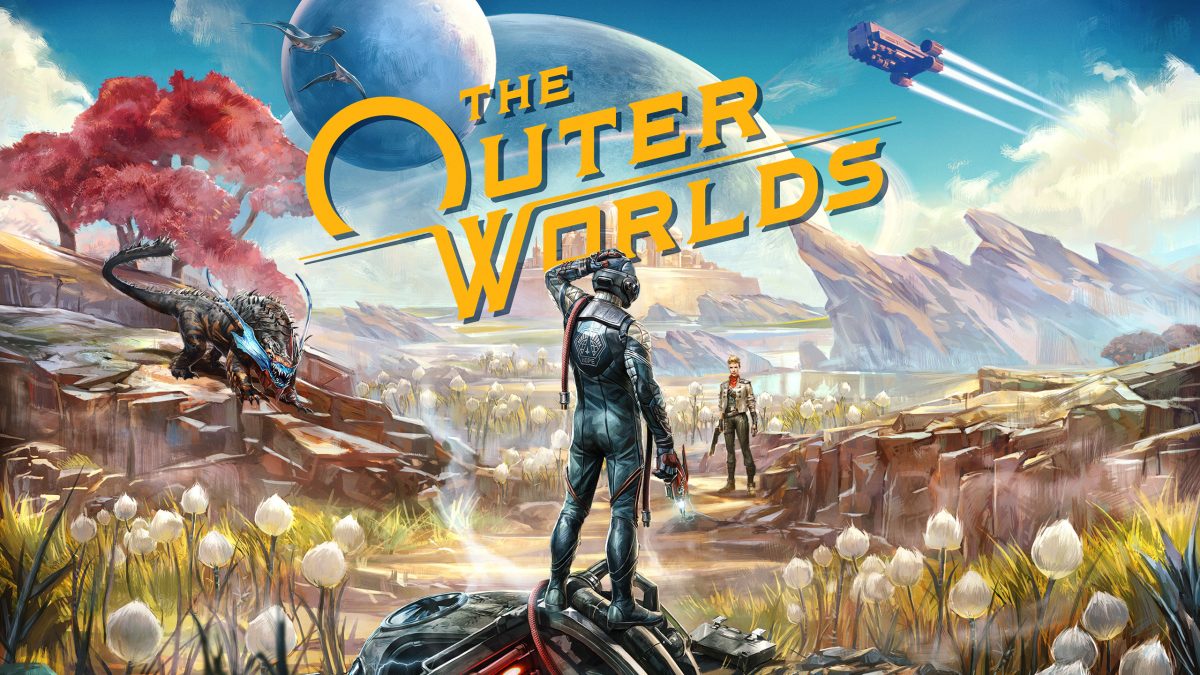 As you play through the first few hours of “The Outer Worlds”, it’s easy to make comparisons to other games like “Fallout” or “Borderlands.” What is even more impressive is how Obsidian manages to take the tried-and-true formula and make it something of their own.

As you play through the first few hours of The Outer Worlds, it’s easy to make comparisons to other games like Fallout or Borderlands. (That’s not a bad thing to be be mentioned in the same sentence as those titans.) What is even more impressive is how Obsidian manages to take the tried-and-true formula and make it something of their own.

The Outer Worlds starts with you customizing your character down to the last detail. Your character has been cryosleeping on a colony ship but is awoken early by a scientist in the hopes that you will be able to save the rest of the colony. Through a series of events, you learn what has happened and obtain control of your own ship so you are able to make your way around the various planets, gathering information and the resources needed to aid the scientist. Along the way, you run into several different characters that you can choose to add to your crew, and you can choose to have up to two of them with you whenever you leave your ship. It should be noted that the ship itself, or rather the A.I., can be one of the best “characters” in the game, depending on how you choose to interact with it/her.

The visuals look great, playing the PS4 version. All of the environments were highly detailed and on more than one occasion, I caught myself looking around and marveling at at how much life had been put onto the various planets. I did notice that load times seemed slightly longer than other games of a similar nature, but given the seamless gameplay once the action gets going, the additional load time is a small price to pay.

The base controls for The Outer Worlds should seem familiar to anyone who has played a first-person shooter, but you can adjust this more to your personal preference in the options menu. If you’ve played Call of Duty or Fallout, then you’ll have no problem picking up the controller and immediately starting to mow down enemies. One effect of your time in cryosleep is that you have the ability to slow down time, similar to the V.A.T.S. system in the Fallout series. This can be used to line up headshots or quickly close the distance, should you prefer to get up close and personal. Healing is managed with an inhaler that you can add ingredients to to give you additional effects like additional health or increased healing speed. As you gain levels from completing quests and defeating enemies, you have the ability to use skill points to increase your various traits like sneak, melee, guns, and so forth. Every other level nets you a perk point that can be used to modify things like increase carrying weight or the ability to slow time for longer.

As I hopped from planet to planet it was nice to note not only the change in the environments, but also the soundtrack that appropriately matched the mood of the planet and your reason for being there. Every one of your crew members is fully voiced, and the variety of responses available during your various conversations with them just further add to the replay value.

The amount of choices available to you in this game is absolutely ridiculous. In preparation for this review I actually played through the game twice. The first time I played as a “good guy.” I used all of the peaceful responses in conversations, I avoided dealing with certain groups that were known to be on the shady side, and I poured my skill points into sneak, intelligence and hack so that I could avoid as much combat as possible. The second time I played through as the “bad guy.” I literally killed EVERYONE that the game allowed me to. This unfortunately led to me not getting access to a lot of quests I had the first time around, but the interactions with the crew (or what was left of my crew after my rampage) were quite entertaining. I look forward to a third playthrough where I’m somewhere in the middle.

This has quickly become one of my favorite games with the various ways it stands out from the rest of the pack. As you play, the game tracks your interactions and offers you “flaws,” such as taking increased plasma damage in exchange for a perk point. You get to decide if the trade-off is worth it. If I have any complaint, it’s not even necessarily against the game itself, but with how I chose to play it and not utilize my companions’ abilities. I wish the buttons assigned to their abilities could be used for other abilities for the player’s character. That does nothing to take away from this masterpiece of a game, and I am looking forward to September 9th when its first DLC, Peril on Gorgon, is released. It should be interesting to see what Obsidian can do with future Worlds games on the next generation of consoles.