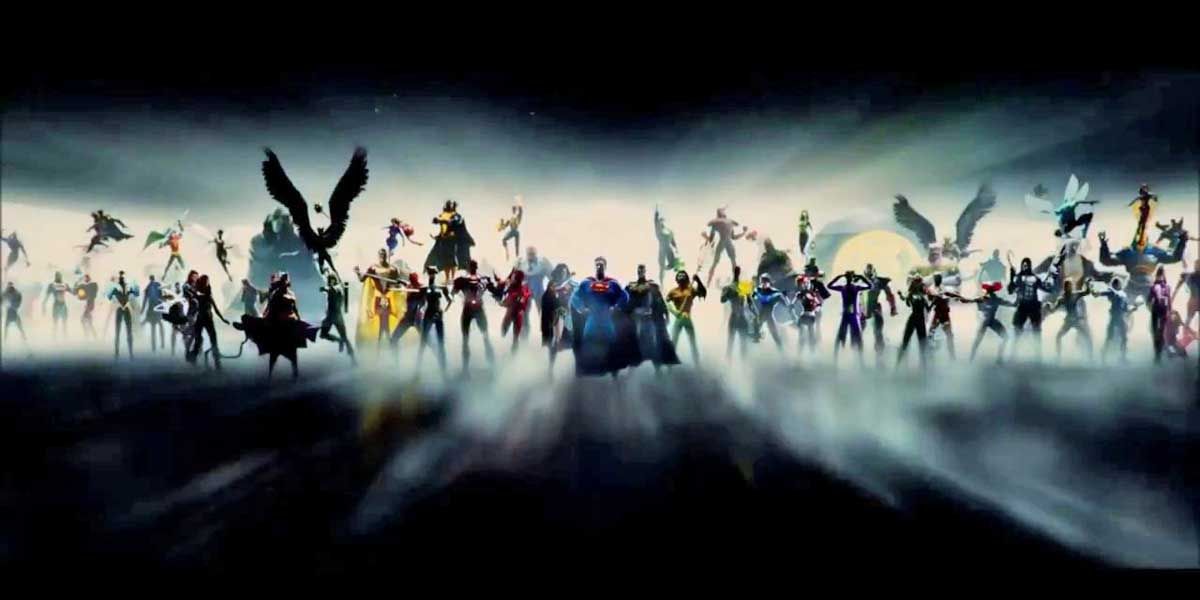 I was sixteen when I first rented the theatrical edition of Batman v Superman (2016).

I was sixteen when I first rented the theatrical edition of Batman v Superman (2016). It was a hot summer afternoon, and my Gen-Z mind could not conjure anything productive. Therefore, I figured I might as well watch the film that caused so much controversy earlier that year. I had praised Christopher Nolan’s realistic filmography applied to Batman in The Dark Knight trilogy, but frankly did not thoroughly enjoy many modern-day comic book movies. Regarding DC’s most super hero, I never loved Richard Donner’s “boy scout” in Superman (1978). To me, a hero didn’t just bolster ideals in a picture-perfect world. “Heroic” meant holding onto ideals in the least picture-perfect scenario, and sometimes failing to live up to them. None of us are perfect, and even the gods of old held their own regrets.

What Snyder presented in BvS was not something I was prepared for. While Nolan’s Batman action was intense at points, Snyder’s was overblown and out-of-proportion. The dramatic was accentuated, the dark darker, and the morality skewed. All of this sounds like criticism, but it actually is not. What intrigued me were indeed these elements, but I wasn’t immediately in love with the film. The plot felt incredibly claustrophobic and cut off at certain points. I later realized that almost all of my initial narrative problems with the film were solved by the extra footage in the Ultimate Edition.

One viewing of a film really started to open my mind to film. Whereas my previous view insisted film must always reflect a realistic aesthetic in order to entertain, I soon found myself exploring diverse styles that veered from this perspective. From the artistic gore of Tarantino’s flicks, to the timeless writing of the Twilight Zone series, I began to truly view the screen as more than just a frame to hold an image of the world. Film is one that houses art, and art is subjective. It can be abstract, different, controversial, humorous, dark, twisted, immoral, moral, just, unjust. With today’s technology, almost anything in a filmmaker’s mind can be born in our world. Snyder’s comic book films are proof of that.

I have watched all the films in the now officially-labeled DC Extended Universe, including Man of Steel (2013) (at the end of which I audibly uttered “How could anyone hate that?”) and 2017’s Justice League (which I can understand why people hate, and indeed detest myself). Upon discovering the ways in which director Zack Snyder’s narrative and aesthetic vision were altered, I was horrified. While I wasn’t particularly obsessed with DC (or any company) comics as a child, I was exhilarated to learn the Justice League was coming to the big screen. For me, a team-up superhero film that wouldn’t be drenched in silly dialogue and goofy costumes was refreshing. I love Marvel Studios (Infinity War and Captain America: The Winter Soldier are some of my top comic book films of all time), but sometimes I’m simply in the mood for something more serious.

My disappointment when the days of justifying why the 2017 theatrical version was okay eventually came crashing down. I could no longer deny that CGI mustache’s abhorrent appearance on Superman’s face any longer. I quickly joined the online ranks of what became known as the #ReleaseTheSnyderCut movement. Its goal sounded simple at the time. Many fans genuinely believed there was a finished version of this film that could be released. After all, Batman v Superman and Suicide Squad both had extended cuts released following their theatrical debuts. Unfortunately, this proved ultimately false. This did not in any way invalidate the campaign’s motivations and goals. Snyder’s version of Justice League existed but was not finished.

I watched as the movement grew but also came under increasingly heavy fire. Snyder’s films have never been loved by everyone. It only makes sense for the same to apply to his fans, even if it shouldn’t. The words of a few extremists were quickly applied to the whole. This was a group of people who eventually raised over $100,000 for the American Foundation for Suicide Prevention. Such charitable actions were in honor of Snyder’s daughter Autumn Snyder, who committed suicide on March 20, 2017. The movement became one to be reckoned with. After a social media campaign on the two-year anniversary of the theatrical release, the corporate chairs had no choice but to respond. The Snyder Cut had an audience, and it was time to deliver.

On May 20, 2020, director Zack Snyder hosted a live stream of a commentary for Man of Steel via Vero. During that event, Snyder announced that Zack Snyder’s Justice League was coming to HBO Max exclusively in 2021. The immense emotions that crashed over me as I gazed upon the graphic on the director’s home theater screen were indescribable. A movement to which I dedicated a great deal of time, money, and sweat finally paid off. It felt so utterly dreamlike, I had to remind myself it was real for multiple days following the announcement. This was the exhilarating moment members of the #ReleaseTheSnyderCut movement had been waiting for. Marvel movie fans had Avengers: Endgame; DCEU fans had the mere announcement of a movie.

The amount of gratitude I feel for the companies involved is just as overwhelming. AT&T, Warner Bros., and HBO Max made a decision that stood for one person’s artistic choices. According to an interview with HBO Max president Bob Greenblatt, this was no easy feat to bring to the table. The Snyder Cut was an unfinished but nonetheless real entity screened to executives in February 2020. However, it could not be “released” at the drop of a hat. Finishing it will no doubt be a difficult task requiring long hours of work from the crew, cast, and Zack and Deborah Snyder. Hopefully it pays off the day when, yes, the Snyder Cut will be available to watch.

I would ask that anyone reading this who is involved in decision-making regarding Zack Snyder’s Justice League to please consider some profitable options regarding the film. First, consider a limited theatrical run. By 2021, the COVID-19 pandemic will hopefully be under control to the point where theaters are safe. Fans would greatly appreciate even a single chance to see this movie/mini-series on the big screen. Second, some form of physical release in the future could prove valuable after the film has been as successful as possible on HBO Max. Third, a partnership with Subway (who has shown support for the #ReleaseTheSnyderCut movement since November 2019) would not only be hilarious but also help promote Snyder’s version to audiences who might otherwise not be aware of it.

The mere fact that these corporate forces have been willing to work so hard, and undoubtedly face criticism upon its release, for Snyder’s film should be praised. This fandom has long felt abandoned by those who produce its entertainment, and that has changed. With rumors of future projects based on Snyder’s interpretation of these characters, DC’s future has (somewhat ironically) never been brighter. Even if 2020 does somehow result in the end of days, resulting in no world left for Zack Snyder’s Justice League to shine upon, this is a victory.