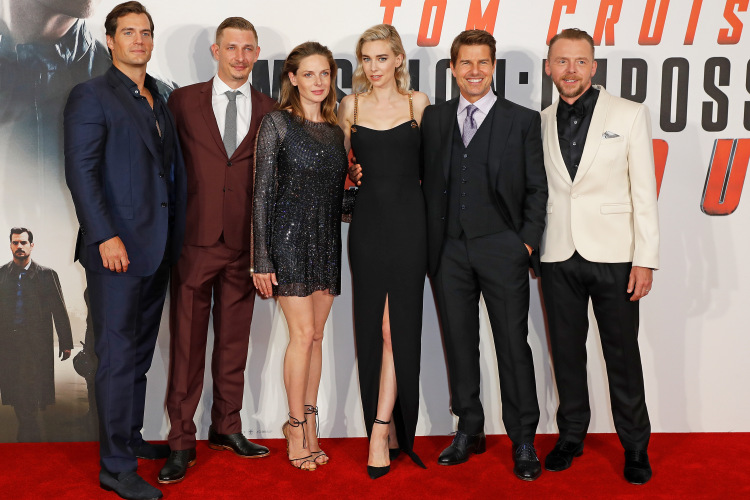 Breaking news about filming resuming for “Mission: Impossible 7” and new guidelines in place for health and safety on set.

Now that the UK film and TV industry is set to resume productions as early as July, major tent-pole projects such as The Batman can get back on track. Added to the list of movies to resume filming again is the seventh installment in the Mission: Impossible franchise starring Tom Cruise as super-spy Ethan Hunt. Based on the hit TV show, which ran from 1966-1973, the Mission: Impossible film series has become a box office smash, generating $3 billion dollars worldwide.

With regard to the film resuming shooting, actor Simon Pegg had this to say during an interview with Variety: “People that are involved in any close proximity stuff, it will have to be determined that they’re safe to do that. I don’t know what the testing situation is, how that works, or whether they’ll be able to be tested regularly.”

The British Film Commission released a 44-page document earlier this week outlining various guidelines in place in order to resume safe production on any film or TV projects in the U.K. One particular section entitled “Cast and Stunts” stated the following:

“Creative consideration may be required when blocking a scene. As cast and stunt performers cannot maintain social distancing at all times, in-front-of-camera activities will need to be rigorously COVID-19 risk-assessed on each production and discussed with the affected people before rehearsals and production start. If close contact is absolutely essential, this should be undertaken with the cast and/or crew working using fixed teams, as outlined in section 4.a. (Social Distancing and Personal Hygiene), to enable this work to proceed.”