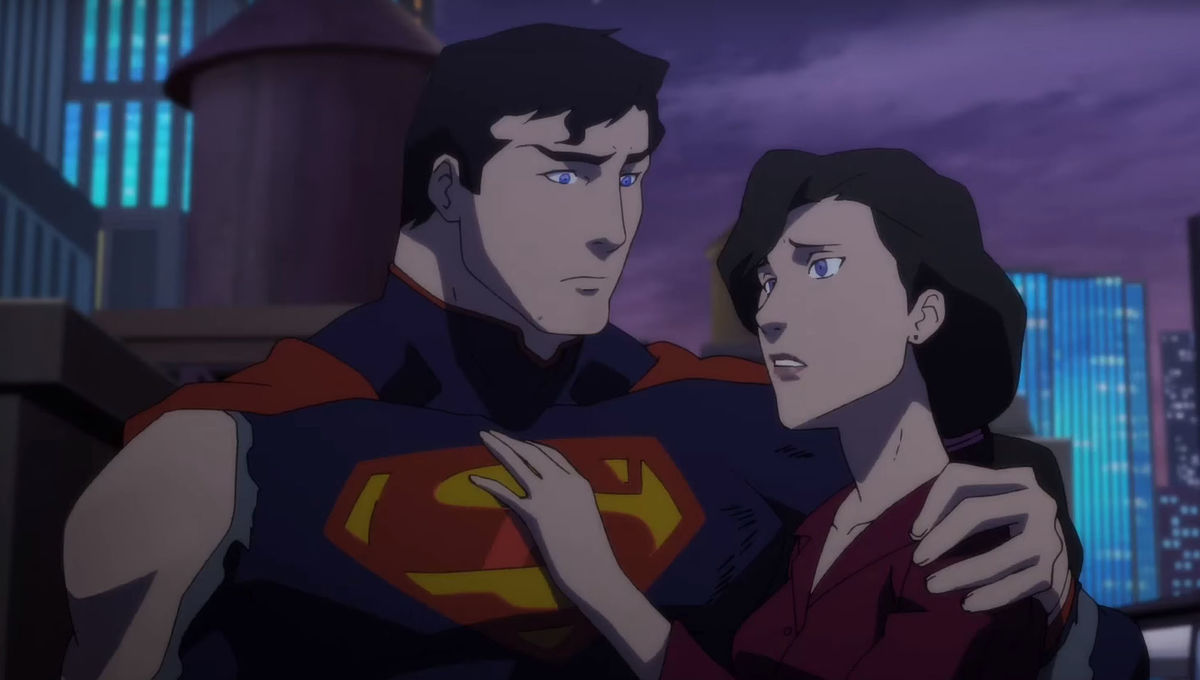 This is one of best movies in DCAU because of how well it is written and how close it stays to the source material while putting an original touch on it.

The Death of Superman sees Superman go up against his toughest foe yet, Doomsday. Even with the Justice League’s help, will the Man of Steel be able to save the day?

This movie gives us a good look into the life of Clark Kent as well as a powerful introduction to one of his most iconic villains, Doomsday. Doomsday is a genetically modified monster from Krypton. He is filled with hate and destruction, and his only desire is to destroy everything in his path, including Superman. In the comics, Doomsday can’t necessarily be killed the same way twice.

When a strange asteroid crashes into one of Earth’s oceans, destroying a satellite in the process, Lex Luthor tries to discover what is hiding inside it. This movie is well paced and doesn’t immediately jump into the important stuff.

I liked getting a chance to see Lois and Clark’s relationship develop more, and I think that is what makes this movie so special. Yes, we get to see Superman and the Justice League fight Doomsday, but I think one of the more underrated parts of the plot is Clark Kent struggling to reveal his secret identity to Lois Lane.

I would’ve liked to have seen more of Jimmy Olsen, who could have benefited from a little more screen time. I was actually surprised we didn’t get an appearance from Perry White.

The animation was really nice and smooth, and that helped give us some really cool fight scenes. The voice acting was excellent, and Jerry O’Connell is amazing as Superman. This is one of best movies in DCAU because of how well it is written and how close it stays to the source material while putting an original spin on it.

I wasn’t a big fan of how it made some of the other Justice League members look. The Flash, Hawkman, and Green Lantern seemed like their powers were toned down in the fight against Doomsday. It wasn’t something that ruined the movie, but it’s something I think could have been achieved without taking anything away from the characters.

The big fight between Superman and Doomsday didn’t disappoint. Doomsday being equally matched with Superman is a fight worth watching. With the rest of the Justice League defeated and Doomsday seemingly getting stronger, Superman has to dig deep and channel every bit of his strength to be able to beat this monster.

Overall, The Death of Superman is a must-watch for any DC fan or comic book fan in general. Great story telling, amazing voice acting, and incredible fight scenes are just a few things you can expect from this movie.

It also does a great job setting up its direct sequel, The Reign of The Supermen. When Jimmy Olsen and Lois Lane arrive at the Superman memorial site, they see something has broken out of it, and then a mysterious figure flies above the Superman statue. Could Superman still be alive, or is something evil going on?