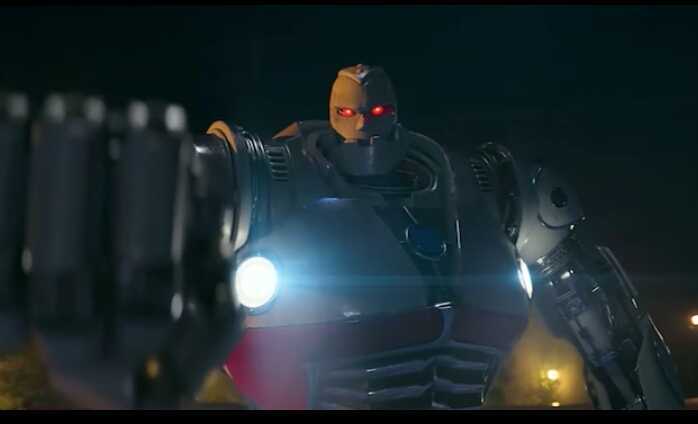 The origin of Stargirl continues as she dons her official costume, defeats her first villain, and gains a sidekick.

Unofficially serving as “part two” of the pilot, this episode continues Courtney’s (Brec Bassinger) origin story, becoming the hero: Stargirl. Not only does a hero need their superpower/weapon and to defeat their first villain—they also need their official costume, and it doesn’t hurt to have a sidekick!

After escaping her encounter with Henry King Sr./Brainwave (Christopher James Baker), a visibly shaken Courtney takes a moment to process her first confrontation wielding the Cosmic Staff. Pat (Luke Wilson) identifies her attacker as one of the JSA’s enemies and a member of the Injustice Society (IJS). Pat tells Courtney that JSA member Hourman survived the attack 10 years ago and had been secretly searching for the Injustice Society across the country. In an effort to help and to protect his identity, Pat created the armor. When Hourman reached Blue Valley, he and his wife were killed in a car crash. Pat advises Courtney against seeking out Brainwave and using the Staff, but she ignores him and creates a costume for herself from Starman’s old uniform.

Meanwhile, Brainwave finds Courtney’s damaged school ID card at the site of their battle. While attending the high school’s open house, Henry Sr. confronts Courtney and threatens to kill her mother Barbara unless she brings him the Staff. Pat instead goes to confront Brainwave without help, but he is easily defeated as Brainwave uses his mind to throw objects of various sizes. Now in full costume and officially calling herself Stargirl, Courtney arrives in time and fights Brainwave. After nearly being defeated as well, she recovers and short-circuits his mind-based powers, leaving him in a coma.

Back at home, Courtney asks Pat to continue working with her and become her sidekick, giving him the code name S.T.R.I.P.E.: Subatomic Tactical Robot Internet Pat Enhancer. Meanwhile, a man named Jordan Mahkent (Neil Jackson) learns about Starman’s successor, revealing himself to be the IJS leader and killer of Starman, Icicle.

Another solid entry for the Stargirl series with notably strong performances from Christopher James Baker as Henry King Sr./Brainwave and the always solid Brec Bassinger as Courtney/Stargirl. It will be interesting to see how the show handles the remaining bad guys for the season after sidelining Brainwave very early and introducing the leader of IJS, with Icicle as the apparent main antagonist.