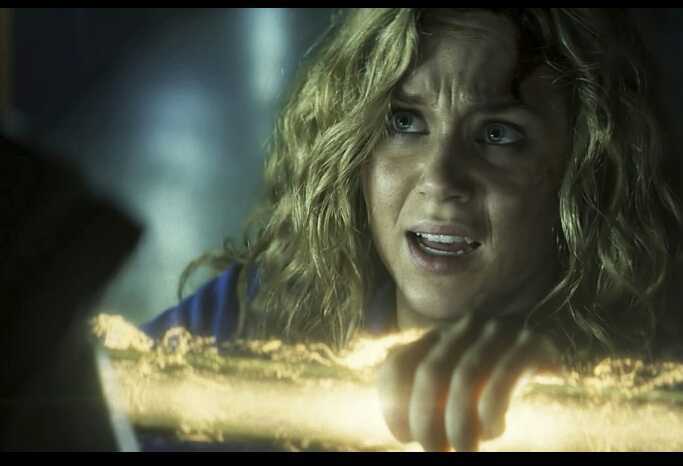 A fresh take on the popular Stargirl origin story with strong performances and a great production budget to boot.

You can call this Stargirl series a teenage “coming of age” story or the typical “outsider overcoming it all,” but do not call this series just another CW show. The series debuts new episodes on the DC Universe streaming app every Monday before airing on CW Tuesday nights. With this unique setup for debuting episodes and a noticeably higher production budget (DCU-streaming-service-level), the pilot episode of Stargirl kicks off the series with action, heart and all the Luke Wilson-isms you could want.

The Justice Society of America (JSA), including Starman, Alan Scott’s Green Lantern, Jay Garrick’s Flash, Hourman, Sandman, Wildcat, etc. have fallen! In every iteration of the Stargirl story up to this point (in comics or the CW Smallville show), the beginning of Stargirl’s story comes at the end of the JSA. This series is no different, as we get a front row seat witnessing the fall of an era. From the perspective of Starman’s side-kick, Pat Dugan (Luke Wilson), we see the Injustice Society of America (including Icicle, Brainwave, Solomon Grundy, and Tigress, among others), attack the JSA headquarters and literally wipe out the heroes one by one. Green Lantern? Hurled through the ceiling, leaving behind just remnants of his green glow throughout the battlegrounds. Flash? All we see is the iconic helmet remaining of the speedster. Pat arrives in time to whisk away the fallen and barely breathing Starman into a car that can fly (of course Luke Wilson would have a flying car), barely escaping the grasp of a pursuing Solomon Grundy. Just clinging to life, Starman tells Pat to keep his Cosmic Staff safe until he can find a worthy successor to rebuild the Justice Society. All of this occurs in the show’s first seven minutes! As this tragic night plays out, seemingly unconnected to it all, a five-year-old Courtney Whitmore learns that her father Sam Kurtis could not make it home for Christmas.

Time jumps to 10 years later, where Courtney is in high school (played by the talented 21-year old Brec Bassinger) and her mother Barbara is remarried to Pat (strike one), as he moves his step-family away from Los Angeles, California to Blue Valley, Nebraska (strike two). Courtney has a very bad first day at Blue Valley High School (three strikes, and now her teenage life officially sucks). She is wearing her feelings on her sleeves, refusing to accept the new blended family that includes Pat’s young son. At her wits’ end with how unfair teenage life can seem, Courtney accidentally stumbles upon the box containing the Cosmic Staff in her basement. It takes her to the Blue Valley drive-in theater, where Courtney puts on an improvised mask and accidentally destroys a car belonging to jock Henry King, Jr. (Jake Austin Walker) with an energy blast. This show wastes no time pacing this plot decently. We have backstory, multiple scenes of Luke Wilson being Luke Wilson, and the origin of the hero by the 30-minute mark of this hour-long pilot episode.

Returning home, Courtney is confronted by Pat, who admits something he has apparently not told his son and his new wife: his involvement with the JSA. This is just the thing that can mend step-parent/step-child relationships: keeping superhero secrets! You instantly and believably see Pat and Courtney forming a bond, a pact even. Henry Jr. informs his dad Henry King, Sr. about the incident, leading to him don his old Brainwave of the Injustice Society of America uniform. While training with the Cosmic Staff, Courtney is attacked by Brainwave, before Pat saves her with a suit of armor. Fade to black.

This was a solid start for this not-so-typical superhero show. Time will tell if this show truly affects subscriptions for the DCU app or crosses over with CW shows, as briefly hinted during the network’s recent crossover event “Crisis on Infinite Earths.” As a standalone superhero show, with the production budget backing it visually and a strong performance by its “star girl” (sorry), this may be the ultimate hit DCU streaming needs to appeal to both young and mature audiences. Did I mention Luke Wilson?