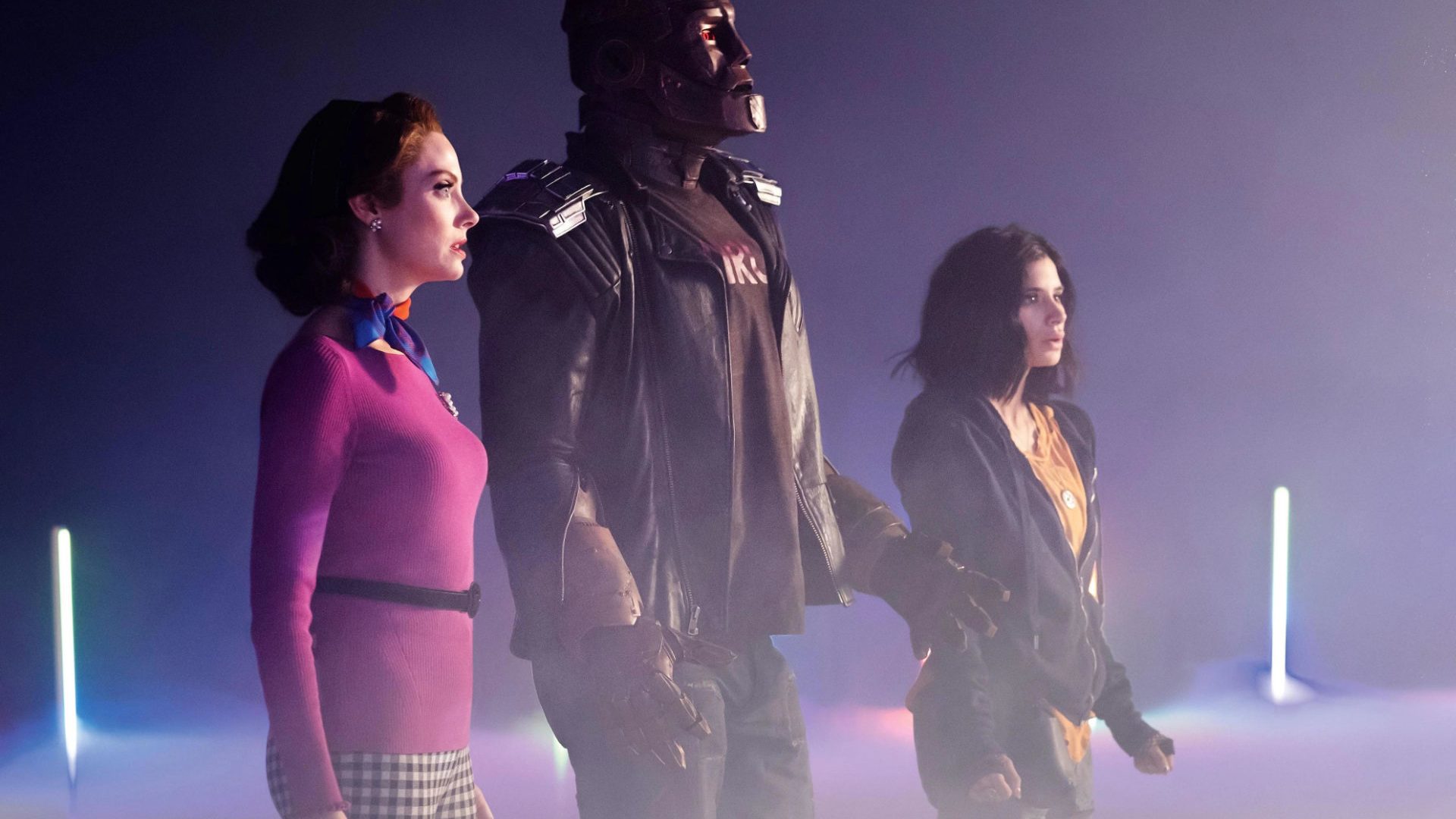 “Doom Patrol” Season 2 has arrived with three amazing episodes right off the bat.

After over a year, Doom Patrol has finally returned with a new season. I was hopeful that the show would once again capture lightning in a bottle, and I was not disappointed. Season 2 is off to a great start, as Doom Patrol continues to delve into dark, raw emotion and a humanity—hallmarks of the first season that have returned in episodes 2×01, 2×02, and 2×03.

Our favorite super-zeroes have now been faced with new challenges and inner demons to face, and what struck me hard was how much more serious the season felt. Don’t get me wrong, the show still retains its zany, over-the-top sequences, but it feels more raw than it ever has. The main conflict for the season is finding a way to keep Niles alive so he can watch over his daughter, Dorothy; without him, she will lose control of her powers and become a threat to the world. It doesn’t sound too bad, until you realize Dorothy is an immortal child and that she is about to lose her father, the only guardian she has. Still, the other characters, too, have their own problems.

Jane’s season 2 arc is shaping up to be the most interesting, in my opinion. The Underground—all of Jane’s personalities—have been numbed by the drug Jane obtained near the end of last season, and when she can’t suppress them anymore, they demand she relinquish her control as the primary personality. Their reasoning is that she has lost sight of protecting baby Kay, her original identity, because she’s too busy looking after Dorothy and the other members of the team. Episode 3 hints that Miranda will take over as primary, as she knows “what’s best” for Kay, which should be an interesting way to mix things up. “Jane Patrol” was my favorite episode last season, so I’m excited to see where Jane’s character goes next.

Larry has also had some gut-wrenching moments in these first three episodes. We get more of a look at him being a father (or failing at it, that is), and how his son Gary has died. Seeing Larry on his own, rediscovering his family and reuniting with his still living son, Paul, just goes to show how much time Larry has lost—the repercussions of the Chief’s actions. We also get to see his early days at the manor with Rita, showing the beginning of their friendship.

The bond between Rita and Larry felt so genuine and heartfelt, as Rita said they could “be lost causes together.” t really drove home the idea that they’re a family. Rita in general was much more likable in these three episodes, as we see her try to master her powers and be a hero; she’s moving past her selfishness from last season. Cyborg is there to help her at first, but he eventually leaves to deal with his trauma from Mr. Nobody on his own. He meets a girl at his trauma support group, which sets up his character plot for the season—the least interesting so far, for me personally.

Of course, we can’t forget Cliff, who lashes out after he learns his accident was a setup by Niles. It was very consistent with his characterization from season 1—as Niles tells him, Cliff is a very angry man, yet I sympathized with him. He makes the decision to take control of his life, and unceremoniously reveals to his daughter Clara that he is her father. The is simultaneously awkwardly funny and understandable; I couldn’t help but feel bad for him, even if he did mess things up himself.

The villains we’ve met so far are very different, but both are examples of why I love this show—the ability to switch from silly to serious. In episode 2, we meet Dr. Tyme, an immortal with a love for dancing and the 80s. He’s such a wacky antagonist, with a goofy costume to boot. Then, in Episode 3, we meet Red Jack, a disturbing villain who feeds off of the pain and suffering of others and transforms his victims into butterflies. Seeing wings painfully grow out of Rita’s, Larry’s, and Niles’s backs was a gruesome sight to behold. That’s not to mention the hallucinations Red Jack subjects them to; Larry is tortured into thinking he’s killing people with radiations while he is chained up, and Niles is tricked into thinking he has become another Robotman.

So far, Doom Patrol Season 2 has retained what made Season 1 so good—the show has even improved in some ways. The stakes are high, and I’m already emotionally invested in the direction of the season. There’s so many questions I have for the characters going forward, and I can’t wait to see what this season still has in store for us.