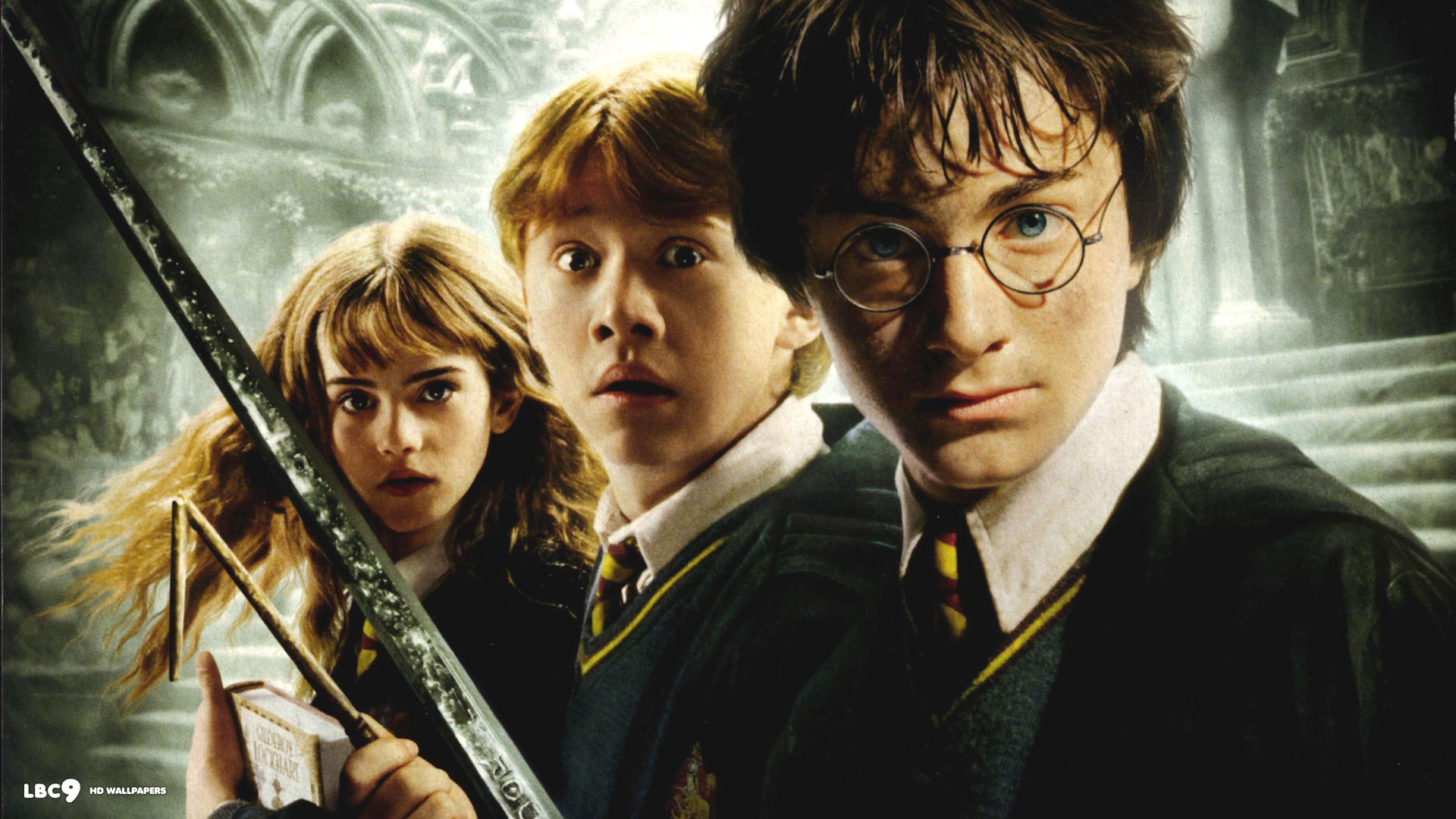 The book to movie comparison of Harry’s second year at Hogwarts in “The Chamber of Secrets.”

Harry Potter and the Chamber of Secrets, the second year and adventure at Hogwarts, deals with a huge mystery surrounding the Heir of Slytherin, who has come to Hogwarts to purge the school of Muggle-born students. It’s up to the trio of Harry, Ron, and Hermione to figure out who is terrorizing the school, or else Hogwarts will shut down. However, there was much more than Hogwarts’s safety on the line; Chamber of Secrets, both the book and the movie, cemented Harry Potter as not just a one hit success, but as a powerhouse franchise that would just continue to grow.

Right off the bat, I think the movie did a solid job of building upon the foundations The Sorcerer’s Stone set up. The most prominent aspect that stands out is the introduction of the “pureblood” elite. In the previous book/film, Voldemort was established as a mass murderer, but we didn’t realize why he was committing these crimes until Chamber of Secrets. The movie did a good job of showing how important blood status is in the Wizarding World, a focus that would become darker as the series progressed.

Something I realized Chamber of Secrets and The Sorcerer’s Stone both excel at is balancing the tone, just like the books manage to do. With Chamber of Secrets, prejudice is actually kind of a more mature theme, but the film still remains kid-friendly, in some ways. It doesn’t have this dark, brooding theme that later installments have, which harkens back to the early books’ origins as technically children’s stories. I think director Chris Columbus should be acknowledged for accomplishing this; he takes stories that seem like they could be dark on film but makes them fitting for younger audiences.

Of course, there’s a handful of new characters introduced in the second film. Kenneth Branagh as the narcissistic Gilderoy Lockhart is a scene stealer, in my opinion. Branagh did an amazing job of portraying Lockhart’s arrogance and selfishness, with just the right amount of comedic touches to let the audience know he was a total sham. Up until the reveal in the third act that he’s been wiping people’s memories, he’s actually a likable character, in a “This guy is so full of crap” kind of way.

Jason Isaacs as Lucius Malfoy is another character we see in Chamber of Secrets, and he really shows the darker side of the magic community. As we later learn in Goblet of Fire, Lucius was a Death Eater, but in Chamber of Secrets, when we didn’t know that, he simply came off as an upper class elitist. Isaacs’s performance as the privileged, pureblood patriarch of the Malfoy family captures every bit of snide venom that the character has in the book, and automatically I detested his character, from his first scene at Borgin and Burkes (which, of course, the actor was aiming for).

I can’t forget Dobby though, a character who I and many other fans of the movies) instantaneously loved. He acts exactly like in the book, and looks just as how I expected him to. The house elf is every bit as lovable as he is in Rowling’s book, in an endearing way. Aragog, the Acromantula, is another creature introduced, as Harry and Ron find him deep in the Forbidden Forest, and he’s just as terrifying in the movie as he is in the book, if not more so.

The Chamber of Secrets itself was pretty much perfect, in my eyes. From the entrance that opens with Parseltongue to the giant stone face of Salazar Slytherin, the Chamber really felt like a place of powerful evil. Christian Coulson is great at capturing Tom Riddle’s charisma—probably the best portrayal of character in his teen years, and I really wish we had seen more of him in this role. However, I think the Basilisk was a bit underwhelming in design, although it was incredibly satisfying watching Harry slay it with the Sword of Gryffindor.

One small thing I think could have interesting, but was underplayed in the film, was Filch’s Kwikspell course, as he is trying to learn how to use magic. As we learn in the book, Filch is a Squib; that is, he’s born from a wizard family, but has no powers. In the book, Harry discovers this and Ron explains Filch’s problem, opening readers up to a new part of the magic community. However, in the movie it’s more or less brushed over. Harry still discovers the Kwikspell course, but it’s kind of just there, sort of as an easter egg, and isn’t really explained for those who are watching the movie and haven’t read the books.

Another fun bit I think the movie excluded was the “deathday” party for Nearly Headless Nick, the Gryffindor ghost. I’m willing to bet a fair amount of people forgot about this chapter in the book, as it’s just before the “enemies of the heir beware” scene in the corridor. Again, it doesn’t really add too much to the overall story, but it’s interesting. In both the Kwikspell and deathday party portions of the book, we get a bit more exploration of side characters that the movie, unfortunately, doesn’t have the time to explore.

But overall, Chamber of Secrets is another well-adapted film from the book. In the second installment, we’re already seeing some side characters get downplayed, which happens more frequently as the books grow more complex, adding more characters to the story. Still, I think the movie retained all the heart and important bits of the book, and as an earlier installment in the series, still does justice to most of the book and its plot points. Next time on “From Page to Screen” we’ll take a look at Prisoner of Azkaban, one of my personal favorite films in the series, which introduces fan favorites Sirius Black and Remus Lupin. Stay tuned!