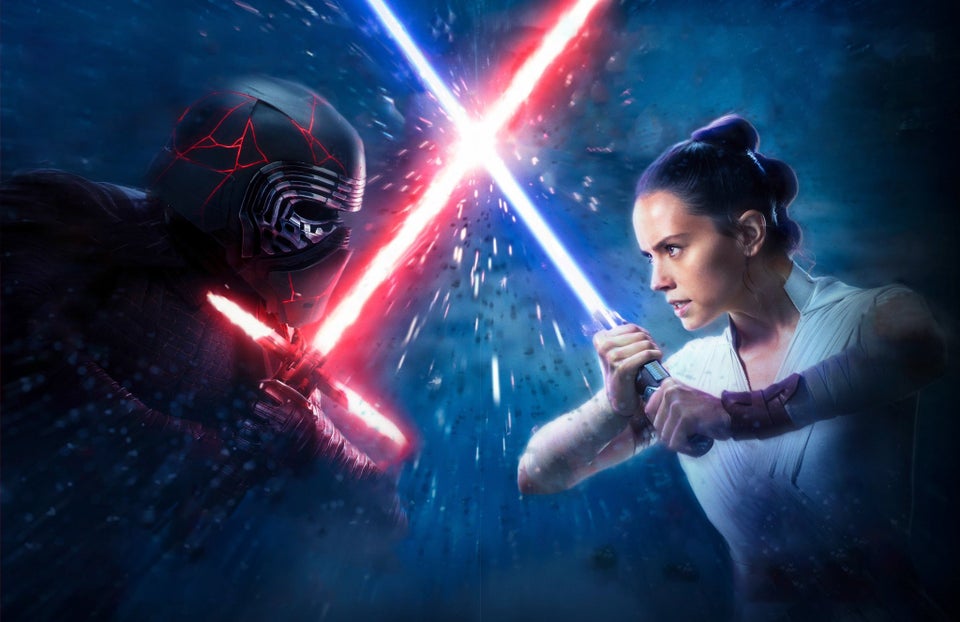 Explaining my personal opinion on why the sequels didn’t work for me, as a Star Wars fan.

I’ve been a fan of Star Wars since I was a young kid. If you asked me when I first became interested in the franchise, I honestly couldn’t tell you. For as long as I could remember, I’ve always been a Star Wars nerd, and try as I might, I can’t recall a time before. However, given how young I am, I was never able to experience the live action Star Wars films in theaters, the way they were intended to be seen.

So when The Force Awakens came out in theaters a little over four years ago, I jumped on it. And of course, I loved Episode VII. I got to experience the unique Star Wars magic in a theater, with other people who loved this galaxy far far away. With The Force Awakens, I was left with one thought: Star Wars is back. I was excited for the future of the saga, and I wanted to see where the trilogy would go next. Things started to fall apart for me, however, after The Last Jedi came out.

At first, I was willing to forgive Episode VIII because I did enjoy it as a piece of well-produced entertainment. However, over time, I realized I was looking at the film through rose-tinted glasses. I began to notice the plot holes, inconsistencies, and just overall odd writing choices that complicated the movie, and trilogy as a whole, more than it needed to. And I ended up realizing this is bad. So when I went into Rise of Skywalker, I wasn’t expecting much, but despite my efforts, it still disappointed me.

As a fan of Star Wars, the sequels let me down.

After the Rise of Skywalker, it became apparent to me, and many others, that there was no plan for these movies. J.J. Abrams left a broad idea of where this trilogy could have went with The Force Awakens, which could have been very promising if handled differently. Instead, however, we got The Last Jedi, which threw a monkey wrench into the whole plot. Director Rian Johnson went a completely different direction than it would seem Abrams had vaguely envisioned.

The Last Jedi ended up being a second film of setup, which ended up dooming the final installment of the trilogy, Rise of Skywalker. Not only did episode IX have to resolve plot arcs, but it also had to do course correction for the narrative decisions that Johnson made in the previous film (with some of this damage control not even subtle). As a consequence of this, Kylo Ren is the only one of the four central sequel characters to even have a character arc.

On top of this, it is very obvious the emperor was not meant to be the antagonist of the trilogy. It was supposed to be Snoke, who could have been a good villain if his past had been expanded upon, but instead Johnson decided to kill the character off and make Kylo the big bad. Since Abrams wanted to redeem the character, they needed to find a replacement for the villain who died in the last film. They decided to use Palpatine, despite not having any buildup for him in the previous films, and didn’t even explain how he survived episode VI, opting for just a vague line reused from episode III.

The Last Jedi and The Rise of Skywalker are so focused on fixing “mistakes” in their respective previous films that they forget to focus on the growth of the characters. The sad thing is, The Force Awakens set up what could have been a promising trilogy, if only there had been a cohesive plan from the start. Instead, it seems these movies were made up as they went along.

But really, it’s not surprising that there wasn’t much thought put into the sequels because Kathleen Kennedy isn’t a Star Wars fan.

I’m going to deviate and talk a bit about Marvel here. Just like Star Wars, Marvel was a popular, well-established property before Disney acquired it. However, while Star Wars has polarized its fanbase with the sequel trilogy, the MCU films are thriving, and virtually every film Marvel Studios releases nowadays is a surefire hit. Sure the MCU has its haters, but the fans are much more united than Star Wars fans have been for the past few years. So why is this?

It’s because there is passion put into the MCU films.

Kevin Feige is very clearly a Marvel fan. He’s invested in the characters and the world of Marvel comics, and it is reflected back in the movies. The characters are well-realized and consistent. Feige took his time meticulously planning out the Marvel films, and Endgame was the grand finale, much like Rise of Skywalker was for Star Wars. There is, though, one key difference: the payoff and grand conclusion in Endgame feels earned.

Disney era Star Wars throws nostalgia, humor, and grand imagery at its audience and expects that to be enough, but there isn’t any love for the roots of the franchise and its characters like with Marvel. As a result, Episode IX doesn’t feel like a fitting end to the saga because I don’t care about these characters. The movies didn’t make me care about any of them besides Kylo, because it doesn’t feel like the people in charge were passionate.

The sequels retcon so many elements of the previous films that it’s hard to believe Kennedy didn’t just skim Star Wars Wikipedia pages for stuff that sounded cool when she approved these films. Some problems are technical inconsistencies, such as the TIE fighters tracking the Millenium Falcon through hyperspace skipping, or the sudden prominence of force ghosts interacting with the tangible world, when they had simply been guides in prior films. Other choices are character regressions, particularly with Luke and Han, as both characters’ arcs in the original trilogy are undone through their actions in the sequels.

But maybe worst of all, the sequels disregard Anakin Skywalker and the whole point of his character in both the prequel and the original trilogies.

When you look at the first two trilogies of the Skywalker saga, it’s clear this is Anakin’s story; more so in the prequels, but also in episodes IV-VI. The prequels are about Anakin’s downfall, as he is corrupted by the dark side and the power it gives him, and the original trilogy concludes with Anakin’s redemption and the defeat of the emperor. Then, The Rise of Skywalker essentially nullifies all that Anakin’s character stood for.

First there is the reason for why Anakin becomes Vader. After seeing a vision of her dying, he wants the power to save Padmé from dying, but that so called “power” ends up corrupting him. Anakin’s inability to save his loved ones from death is what initially leads him to become Vader. But then, in Rise of Skywalker, Kylo and Rey have force healing; Rey heals Kylo from a mortal wound, and Ben later brings Rey back to life. This force power makes Anakin’s dilemma in the prequels pointless, because he surely would have used this power to save his wife, even if it meant trading his life for hers.

Not only this, but I also feel like Vader died for nothing, when looking at the sequels. Anakin’s arc in the saga comes to a poetic end when he throws the Emperor from the throne room; love has shackled him to the dark side, and love has set him free. He is damaged gravely by Palpatine’s lightning and dies knowing he’s done the right thing. Then the Emperor comes back, with no explanation, and he is defeated by two characters who had no prior connection to him until Rise of Skywalker.

Most of all, Kylo and Anakin connecting was missed potential. It’s clear that Kylo’s arc mirrors that of his grandfather, and we can see that he idolizes Vader in The Force Awakens. Throughout all the sequels, Kylo sees Vader as a symbol of fear and power, which the dark side of him wishes to have. From way back in episode VII, I expected Kylo to eventually learn why Anakin really became Vader and why he died, perhaps through Anakin’s ghost himself, but it never happens. Having Kylo learn the error of his ways through seeing his own idol’s mistakes could have tied the saga together much more effectively and in a more powerful way.

But in the end, this is all just my opinion.

Perception of film is subjective, and that’s what makes it art. While I might not like the sequels, others are allowed to enjoy them; there are definitely some good things to say about the sequels. Lately, it’s been a common trend for so-called “Star Wars purists” to attack people who enjoy the sequels, and I want to convey that this is not what this article is. This is me offering my own unique point of view. At the end of the day, I think we all need to realize that everyone generally has their own preferences. It doesn’t matter whether you like the sequels or not, whether you prefer the sequels to the originals, or whatever else perspective there is on this.

What matters is that we are all Star Wars fans, and we just need to respect each other’s opinions.