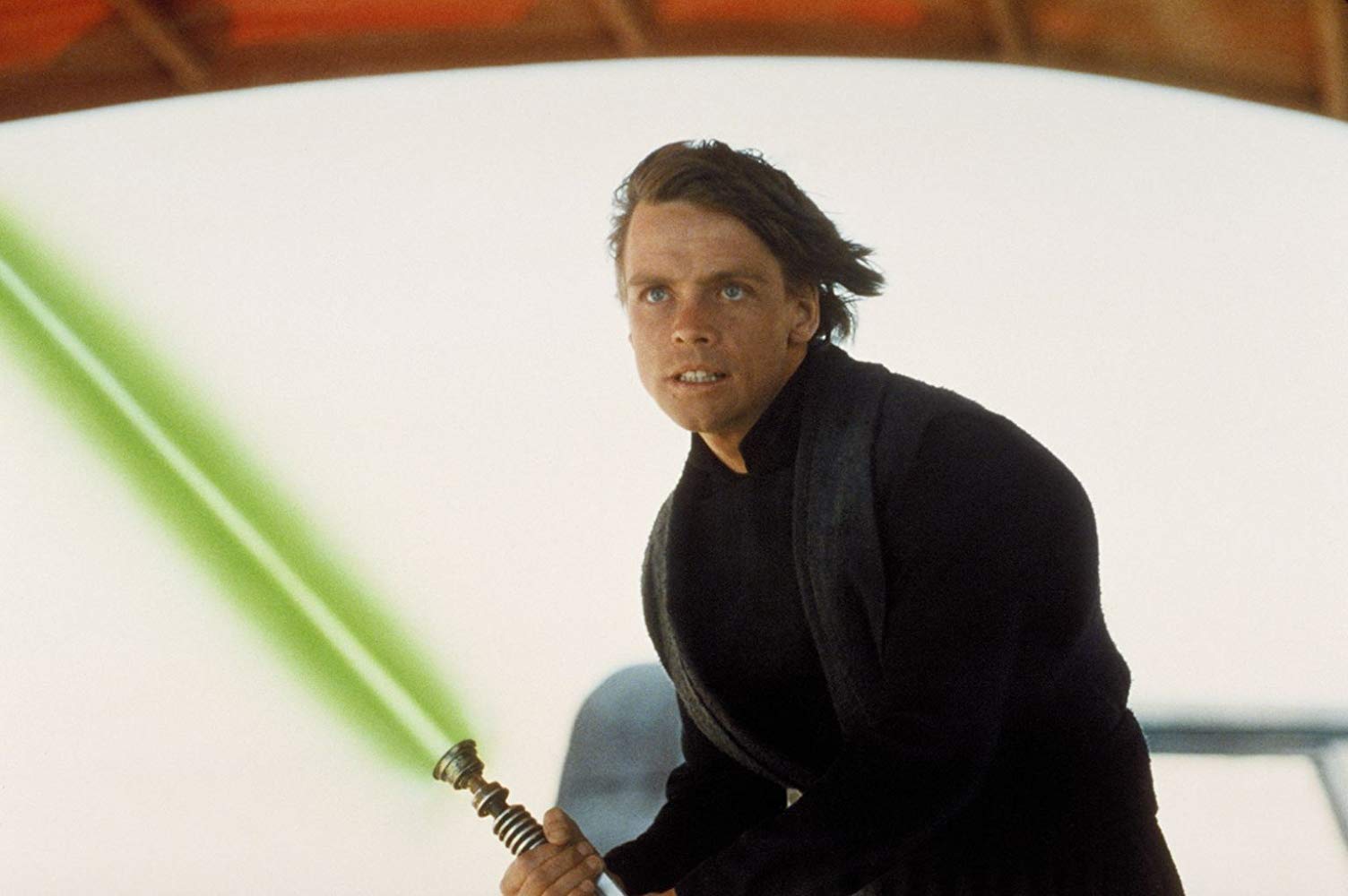 There are likely many who doubt Disney’s ability to oversee the continuation of Star Wars. Citizens of the galaxy, I am here to say there is still hope.

My immediate reaction to Disney’s purchase of Lucasfilm was that of hope. I had no doubt that a company with such an immense capacity for imagination and talent could bring Star Wars to new heights. Walt himself would have been absolutely enamored by the franchise’s 1977 debut. Had he lived to see the original trilogy’s conclusion, I firmly believe the Man Behind the Mouse would have made several attempts to purchase Lucas’ creation before the end of the 20th century. Star Wars was a spark of film innovation combined with fantasy archetypes similar to Disney’s own characters such as Peter Pan and Mowgli.

I had grown up in the aftershock of the prequel trilogy. Growing up in the negative shadow left by those films, I believed that Star Wars was over. At the dawn of my teenage years, the Marvel Cinematic Universe was beginning its reign of dominance which did all but confirm my beliefs.

A New Hope For Star Wars

When I left my first viewing of The Force Awakens with trembling chills of excitement and tears of joy, you could say that I felt Disney’s acquisition was nothing short of a resounding success. Rogue One did nothing but affirm my stance that the Mouse knew what it was doing. Star Wars was back! Sure the Clone Wars television show had been cancelled, and Rebels failed to meet its predecessor’s level of excellence, but it seemed that Lucasfilm under Disney understood how to dominate the big screen.

I could barely contain my excitement as the first trailer for The Last Jedi premiered. A Luke Skywalker who realized how corrupt the Jedi Order was before their bitter end actually peaked my interests. Rian Johnson and crew promised a thrilling theatrical experience, and I was more than ready.

Then I saw The Last Jedi.

I left the theater with my mind spinning. I was not thrilled, nor was I emotional. Johnson’s movie provided a surprise experience to be sure, but not a welcome one. To this day, it is still my least favorite Star Wars film. My issues with it are actually somewhat different from the other grievances I have heard. The plot did not move the characters forward in any meaningful way, and was filled with needless side stories. By the time the credits rolled, Rey was still powerful with no explanation, the Resistance was once again fleeing their base, and Kylo Ren (despite being my favorite sequel trilogy character) had not fully let go of his past. Luke’s premature death did nothing to help the story either. Let it be known that while I understand and agree with a good amount of the disappointment felt by fans, I (nor does The Cultured Nerd) approve of the personal attacks made against director Rian Johnson and actress Kelly Marie Tran.

This film was a distinct warning sign. Behind-the-scenes footage from The Last Jedi showed that there was heavy executive involvement from Lucasfilm, and approval for Johnson’s controversial vision. The Force Awakens was not perfect, but it distinctly obeyed the formulas for tone and storytelling that Lucas delivered with his films. The Last Jedi used cheap diversion tactics and jumbled storytelling to deliver a disappointing entry in the Skywalker Saga.

And the controversy continued…

Solo: Never Tell Me the Odds…or the Box Office Numbers

Solo was well-received by most audiences (despite creative differences between Lucasfilm and the original directors), but its financial performance loomed over what should have been a comforting experience following The Last Jedi. This was due to the company’s first attempt to do what I call “Marvelize” Star Wars. Instead of following the established practice of releasing only one film a year, Solo marked the first time two Star Wars movies were released within less than a year of each other. This is similar to how Marvel Studios will often release two to three of their properties annually, hence the coined term.

The formula did not apply well to Star Wars, which requires time for audiences to breathe before experiencing the wonder of a galaxy far, far away again. While there may have been many other factors involved in the less-than-stellar premier, the fact remains that the galaxy’s scruffiest nerf herder was not given the best solo (sorry, couldn’t help it) big-screen welcome he deserved.

In 2018, things began looking up for Star Wars despite some controversial choices and poor results. J.J. Abrams had already been announced as the new director of Episode IX, following another round of creative differences between the studio and Colin Trevorrow. Fans received the news with hesitant optimism, trusting Abrams who had delivered the mostly well-received The Force Awakens.

Battlefront II (2017) had cancelled microtransactions that affected gameplay, and was becoming more receptive to community input. Clone Wars was announced to return with a 7th season, and The Mandalorian’s premier on Disney+ was welcomed with open arms by most critics and fans alike. What could go wrong?

Then The Rise of Skywalker premiered.

While The Last Jedi left me in a daze of confusion, I distinctly remember the conclusion to one of the greatest cinematic inventions leaving nothing but a pain in my stomach. The Rise of Skywalker was not as disappointing as its predecessor thanks to the mostly grounded and serious tone. However, the film introduced another jumbled plot, and a succinct lack of understanding for the saga it claimed to conclude. Since its premier, there have been reports that the film delivered to theaters was not the fully realized vision that director J.J. Abrams and screenwriter Chris Terrio (Batman v Superman: Dawn of Justice) intended. While nothing has been officially confirmed (and likely never will), it is not too shocking a revelation given the unusually short runtime, clunky dialogue, and unfinished character arcs.

Critics and fans alike were sent into yet another whirlwind of endless debate instead of the unification that many (including Lucasfilm for sure) hoped for. There are likely many who doubt Disney’s ability to oversee the continuation of Star Wars. Citizens of the galaxy, I am here to say there is still hope.

The Return of Greatness in Star Wars

A Long Time Ago, in a…Television Show?

As I have mentioned, The Mandalorian has been a rather stable source of entertainment for Star Wars fans. Enthusiasts of all eras generally agree that Jon Favreau’s creation has been an excellent addition to canon. The format of a live action show also proved itself worthy. With Disney+ as a platform, the upcoming and untitled Cassian Andor and Obi-Wan Kenobi projects could provide more of the catharsis first introduced by our favorite Mandalorian and his adopted child.

Gaming in a Galaxy Far, Far Away

Star Wars gaming has also seen a revival. A myriad of projects were cancelled when LucasArts was halted by Disney during its acquisition of Lucasfilm. In its place, the Mouse tasked video game company Electronic Arts with creating the next Star Wars games. Battlefront (2015) attempted to provide a refined multiplayer experience set only in the time period of the original trilogy. While the game’s customization aspects were admired, its largest mistake was ignoring other eras of the Star Wars universe. Boredom quickly set in, and the platform was ultimately viewed as a disappointment when compared to the original Battlefront series.

Battlefront II (2017) was released to large criticism due to some play-to-win features, but those are long gone, and the game has since grown into a decent experience with new modes, maps, and heroes added regularly. The new game Star Wars: Jedi Fallen Order is more reminiscent of the pre-Disney and narrative-driven games that provided a unique player experience, as well as excellent storytelling.

Rian Johnson and J.J. Abrams may not have provided the best stories on the big screen, but there are still brilliant minds working with Lucasfilm. Clone Wars director Dave Filoni has delivered plenty of compelling material in the form of his animated shows. One can only imagine what the cowboy-hatted director could bring to his own live action Disney+ series or movie. Jon Favreau has shown he has an astute understanding of the galaxy far, far, away with The Manadalorian, and it would be smart for Lucasfilm to keep the Iron Man director involved in the future of Star Wars.

Lucasfilm has not confirmed the recent leaks of Colin Trevorrow’s unseen version of Episode IX. Based on the revealed draft of the script, it may have been the best Star Wars film produced by Disney’s Lucasfilm that we will never see. The ambitiously titled Duel of the Fates would have added much-needed depth to the sequel trilogy through heavy world building and character development. While this was only one draft of the script that likely would have changed many times before being brought to life on screen, fans have praised its bold choices and well-crafted plot.

Duel of the Fates would have respected most of the events of The Last Jedi, unlike the very obvious story choices made to undo them in The Rise of Skywalker. There are elements in Terrio’s script that clearly borrow from Trevorrow’s including the appearance of Emperor Palpatine (in the form of a hologram, rather than being brought back to life as the main antagonist). It would have shown how harmful the First Order had been to the galaxy, causing even its own stormtroopers to join the Resistance in the final battle. The once shining galactic capital planet of Coruscant would have be a major setting, shown as a city of ruin transformed into the First Order’s reigning fist of power and oppression.

Perhaps the most damning loss from this never-to-be film is that Rey’s backstory would not involve being a Palpatine descendant, or a standard Jedi by any means. True balance in the force would have been achieved in Duel of the Fates. Good would still triumph over evil, but Rey would learn how to balance the light and dark sides of the force in a way never brought to the big screen before. The ambitions of Trevorrow and the writers involved are clear evidence that true greatness can still be accomplished for Star Wars films. See some concept art supposedly leaked from Star Wars: Duel of the Fates below:

Bringing Back the Balance

With the Skywalker Saga concluded, future filmmakers no longer have to worry about adhering so strictly to George Lucas’ creation. This isn’t to say that Star Wars movies can radically change, as they should remain science fiction dramas centered around conflict (whether that be a galaxy-engulfing war, or obtaining a certain adorable alien child). There is now a weight lifted off screenwriters who desire to bring their Star Wars dreams to life. Moving away from the drama of the Skywalker family opens up a galaxy of possibilities never seen before.

And hopefully, those possibilities will bring balance back to Star Wars.