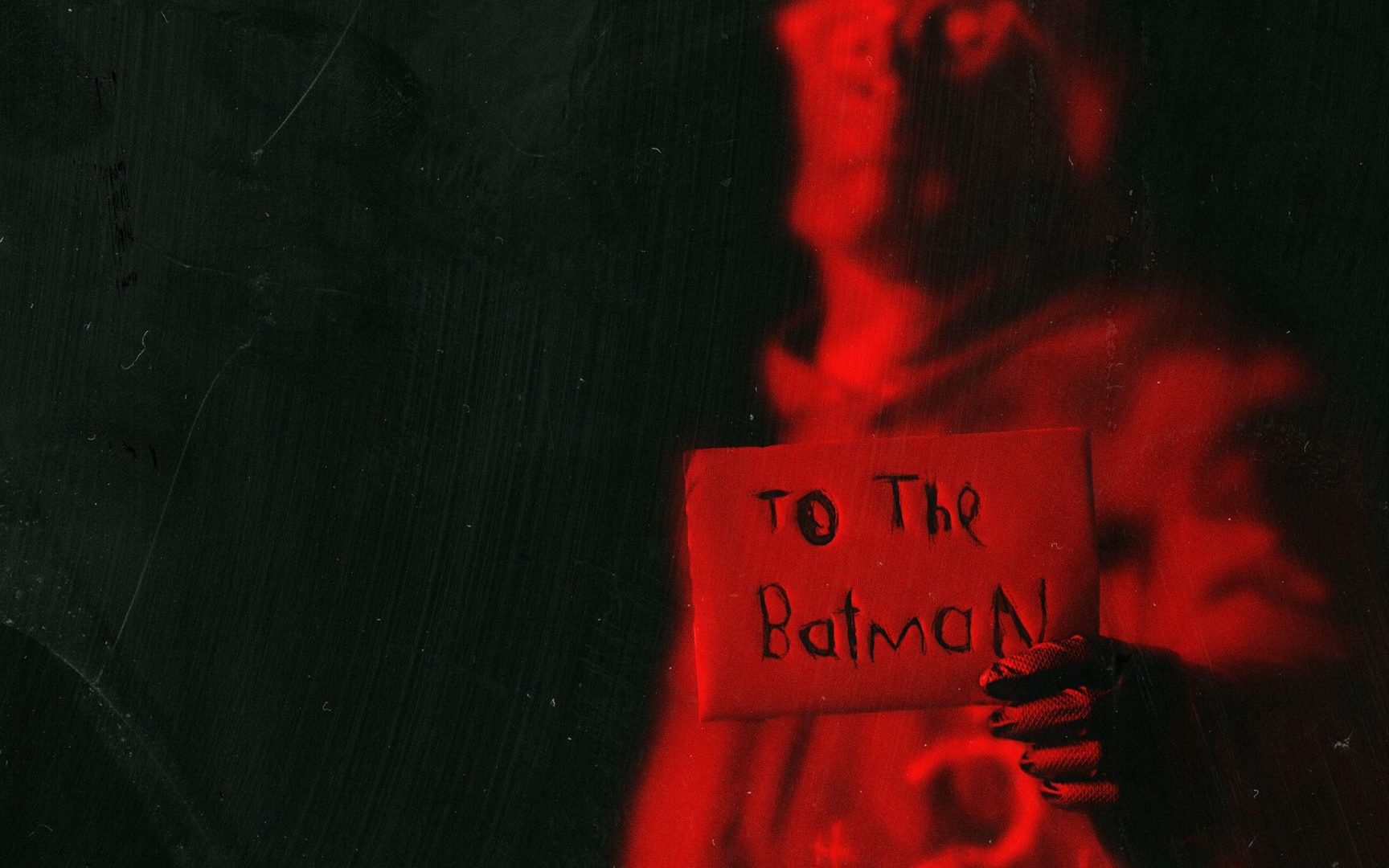 Know what the Riddler knows…

Since the release of The Batman, a cryptic website referenced at the end of the credits has teased fans with a reward loading for several days. Now, that reward is finally here, and it’s a treasure trove of documents giving an eery look inside the mind of the Riddler.

Read on for a breakdown of each exclusive behind-the-scenes image released below.

Our first image is a collage of sorts displaying cutouts of photographs from Riddler’s first victim, Gothams Mayor, as well as the rat-trap contraption the serial killer used on another victim. You can also spot the first card he wrote to the Batman in the bottom right corner.

Here we have a closer look at the photograph of the cipher clues Riddler left in the rat maze for Batman. The cipher spelled the poorly translated to Spanish “el rata alada.”

Next is a better look at the photographs of Gothams Mayor seen with another woman, Jen. Jen was later revealed to be a friend and roommate of Selina Kyle, who went missing and was found murdered.

You can see that Jen has a black eye, implying that not only isn’t the Mayor faithful to his wife, but he’s also abusive. In Riddler’s eyes, he’s not very faithful to the City, either.

Next, we get a creepy look at blueprints for a building. There are also pictures of a deconstructed cell phone and C-4 explosives that were likely used to plan the kidnapping of Gotham City D.A. Gil Colson. The “DA” scribbles and images of the black van he was caught in all but confirm that.

Here’s a sketch the Riddler drew designing the explosive neck lock used on the D.A agent.

We can also find a magazine headline of the now-deceased Gotham City D.A. Clearly, the Riddler didn’t believe his public record.

Next up, we find some alarming pictures relating to the Wayne family. These are photographs briefly flashed in the film which depict the suicide of Martha Wayne’s mother.

The film reveals that Martha Arkham grew up in Arkham Manor, later becoming Arkham Asylum. When Martha was 12 years old, her mother had a mental breakdown, brutally murdering Martha’s father before committing suicide. Years later, Martha herself was institutionalized on and off.

Here’s a few pictures of Martha Arkham being restrained by Arkham employees upon her institution.

Thomas Wayne wanted these pictures suppressed from the public as they would negatively impact his election campaign. He went so far as to ask his friend Carmine Falcony to ensure they never see the light of day.

Here’s an included photograph of Thomas Wayne giving a campaign speech. It’s not clear if Riddler took the photo himself or retrieved it from someone else.

Next up, we have a close-up picture of a young Edward Nashton, aka The Riddler, when he was an orphan growing up in one of the Wayne orphanages. Unfortunately, after the Waynes were mysteriously murdered, all the funding for the orphanage vanished.

Here is a zoomed-out version of the above photo, revealing that the Waynes were present with young Edward when it was taken. That might even be a young Bruce Wayne standing beside Martha, underneath Edward. In many ways, Riddler is a reflection of who Bruce might have been had their situations been reversed.

We also find a headline from the Gotham Gazette featuring the now-deceased Police Commissioner.

Pete Savage, it turns out, made his reputation as “Top Cop” based on a lie — a drug bust he arranged with Gotham’s criminal underworld. Evidence of the deal is found below.

We see you, Pete.

There are some pretty disturbing sketches from the Riddler in designing the contraption he used to punish and then murder Police Commissions Pete Savage. This was scene broadcasted on TV in the film.

What a way to go, getting your face eaten off by rats. Very reminiscent of the torture devices described in George Orwell‘s famous novel, 1984.

Here’s a creepy view of what Riddler calls his sanctuary. Many of the eyes in the photos have been crossed out.

Here’s a set photo of Riddlers sanctuary from another angle.

Lastly, a PDF file contains pages from Riddelr’s personal journal. Both Riddler and The Batman use a journal in the film to keep track of their thoughts, but as you can see, the Riddler’s writing becomes more and more scribbled with each passing day, losing touch with reality.

That’s all the exclusive images and documents revealed from The Batman’s cryptic website, and It’s enough nightmare fuel to last a lifetime. Let us know in the comments below what you think of the Riddler’s ideas!