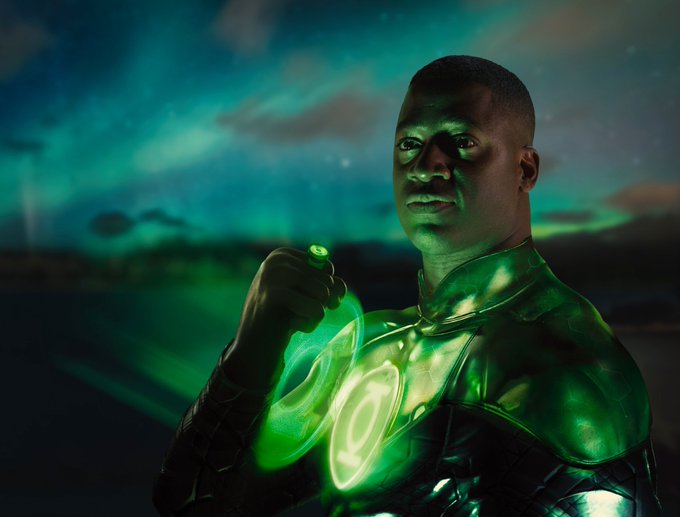 Actor Wayne T. Carr, known for his unseen portrayal of Green Lantern John Stewart in Zack Snyder’s Justice League, took to Twitter to show off a high resolution photo of himself as the Emerald Knight. See original tweet and photo below:

This unexpected look at the actor comes in celebration of the one year anniversary of the HBO Max release of Zack Snyder’s Justice League, and is undoubtedly the best look we’ve seen thus far. In May 2021, we first saw Carr as John Stewart, filming his scenes for The Snyder Cut in Zack Snyder’s driveway. Since it was reported that he was intended to be in the final cut of the film, Carr has always shown is support of the #RestoreTheSnyderverse movement, and the above photo shows us nothing has changed.

After the release of 2017’s Justice League, many disappointed fans demanded that Warner Bros. release the director’s cut of the film, which led to the #ReleaseTheSnyderCut movement on social media outlets. Rumors began circulating about the films existence until May 2020, it was officially announced by Zack Snyder himself that the long awaited film would be released the following year on HBO Max. Since it’s successful release on March 18th, 2021, the film has incited another movement on social media, #RestoreTheSnyderVerse, which Carr is an active participant of, urging that the fans be given what they want in the form of Justice League 2 and 3.

What do you think of this new look at Green Lantern John Stewart? Sound off below!