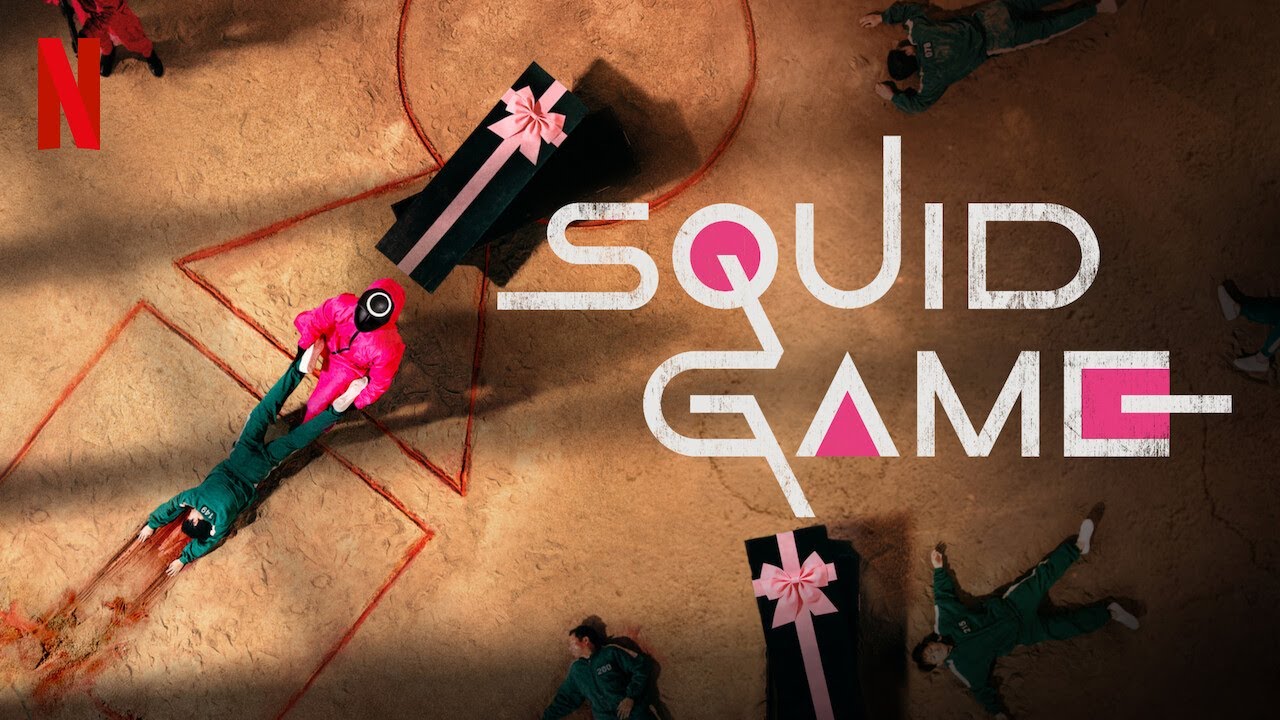 Netflix’s latest smash hit, Squid Game, has taken the internet by storm in the past few weeks, but is it really worth all the hype surrounding it? In short, yes it is.

Squid Game is one of the most talked about shows of the year for good reason. The series follows a group of strangers down on their luck as they compete in several rounds of life or death children’s games, with a prize of 45.6 billion Won (Korean currency) granted to the ultimate winner of the competition, with a catch—losing a game means losing your life. The series has a lot to say about human nature, particularly the lengths we will go for money, and it does so in a highly stylized fashion with great acting across the board from its cast and an excellent, tightly-woven narrative.

Originally written in 2009 by director Hwang Dong-hyuk, Squid Game was rejected by many studios for years due to its gruesome content before Netflix finally picked up the project. Given the premise of the series, this is understandable. While some may find the deaths and violence of the series a bit gratuitous, it is necessary to capture the themes of greed and desperation that money and debt, respectively, can bring out of people. At the end of the day, Squid Game is of course not really about the games themselves, but rather a study of human nature, as characters are given ample backstory before being thrust into the competition. The series is able to flesh out a wide variety of different, unique personalities and throw them together into a shared environment—the games—which brings out the best and worst of the contestants. The different games expose how the players think, what motivates them, how far they are willing to go to win, and where they draw the line, all contributing to an intense, riveting battle for survival and struggle for riches.

What I particularly enjoyed about the series is that it gave us a good sense of where every single main character is coming from—a hard thing to do, considering its sizable ensemble cast, but the show does every single character justice, with not one performance coming across as a caricature. Veteran Korean actor Lee Jung-jae plays the main series protagonist, Player 456 Seong Gi-hun—a character who, conceptually, sounds hard to relate to and empathize with. On paper, Gi-hun is essentially a deadbeat father whose gambling addiction leads him to a crippling amount of debt and a lack of motivation in life. We learn later on in the series what demons haunt his past, but the series hinges on our ability to like him as a protagonist from the get-go. Lee Jung-jae helps sell the our protagonist with a charismatic performance and good-natured portrayal that contrasts with the selfish nature of the character. Had it not been for Lee’s good-intentioned, down-on-his-luck portrayal of Gi-Hun, I don’t think the series would have been successful in resonating with the viewer. Despite his flaws, I was rooting for him to win because Lee was able to emulate a person who, despite his personal mistakes in life, is a good man at heart.

Another standout among the cast is up and coming actress Jung Ho-yeon, who portrays Player 067 Kang Sae-Byeok, the female lead and breakout star of the series. Jung has made a name for herself in South Korea by working as a model since she was 16, but Squid Game was actually her first acting role—a fact that is hard to believe when watching her performance on the show. Jung is able to simultaneously make Sae-Byeok a distant, jaded, and emotionally reserved character while also making her an endearing badass, for lack of a better word. Her performance is one that resonates with the viewer while offering so little to work with, and later episodes really allow Jung to showcase some incredibly powerful acting for an amateur to the industry. While some of Sae-byeok’s success as a character is indeed owed to the heartfelt writing around her arc, Jung deserves all the credit she is getting for her nuanced portrayal of Player 067 and a stellar debut to acting.

Rounding off the cast are plenty of other great performances. Some favorites of mine from the cast include Oh Yeong-su, who plays Player 001, a heartbreaking elderly contestant with dementia who forms a bond with Gi-hun; Anupam Tripathi as Player 199 Ali Abdul, a strong, kind-hearted, and fiercely loyal Pakistani migrant; Park Hae Soo as Player 218 Cho Sang-Woo, a calculating former business student with some tricks up his sleeve; and Lee Yoo-mi as Player 240 Ji-yeong, a contestant with a tragic history who befriends the otherwise closed-off Sae-byeok. Even the minor antagonists among the contestants thrive as excellently written and performed characters; Heo Sung-tae as Player 101 Jang Deok-su expertly captures a slimy, sadistic, and all around unlikable personality and Kim Joo-ryeong as Player 212 Han Mi-nyeo does an excellent job at simply being infuriatingly annoying, the whole point of the conniving and opportunistic character.

Beyond its excellent cast and performances, the series is an aesthetic feast, as it manages to blend playful color pallets and apply them to its bleak story and sinister moments. The idea of children’s games as life or death scenarios is an interesting concept that could come off as tacky or unrealistic if it is not executed properly, but Squid Game manages to pull it off because of how the series is presented. Bright pastel set pieces and costumes effectively clash with the grim brutality of the series, creating a harsh and jarring contrast between the theme of childhood and actions of violence. Music also plays a part in setting the sinister tone of the show. There’s something darkly playful about the score of the series that just sounds eerily appropriate for the life or death playground games it revolves around.

While Squid Game is a nearly perfect series, it does have a small flaw. In the spirit of being spoiler-free, I will vaguely say that there is a certain group of characters in the last few episodes whose acting is absolutely horrid. Those who have seen the show know exactly who I am talking about. These characters are a minor part of the season though, so their bad acting is inconsequential to the overall narrative. Setting aside these few bad actors in this supporting cast, Squid Game delivers a heavy-hitting first season. Hwang says he is unsure if a second season will happen anytime soon due to the stress he underwent writing this first season, but I think a second season would be worth any wait. He has created an intriguing world and story with Squid Game that leaves a lot of questions to be answered in the future.

For those who are looking into watching the series for the first time, I would highly recommend viewing it in the original language of Korean. Watching Squid Game dubbed detracts a lot from the nuanced performances of the cast and therefore takes away a lot of the magic of the series. I would also recommend going in blind, with just the basic premise of the series in mind. I have kept spoilers to an absolute minimum in this review, as I encourage anyone who has not seen Squid Game to see it and experience its many emotional twists and turns as soon as possible. This series, unlike a lot of artificially hyped streaming originals, is actually quality television with a great story, strong acting, solid pacing, and sharp imagery packed into one easily binge-able season.

Squid Game can be streamed on Netflix now.